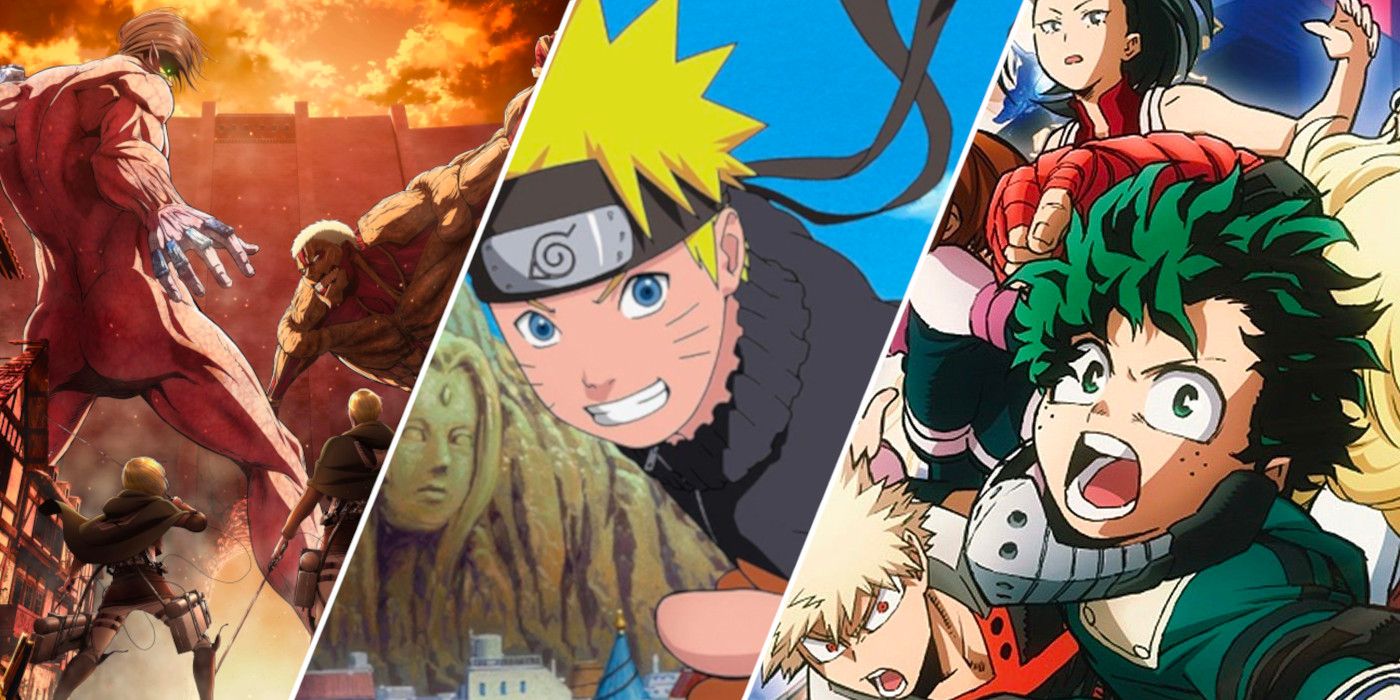 Anime has quickly become a global phenomenon and has risen to the top of the animation world. Between intricate storylines, over-the-top animation and mind-blowing world-building, anime has been the one place that guarantees that a short attention span is no problem.

For those new to the genre, getting comfortable reading subtitles is only one small barrier to unlocking an entirely new world. Ranging from the classics to more modern shows, here are a few critically acclaimed and among the best anime to watch for beginners.

With recently released hits like Cyberpunk: Edgerunners and ongoing classics like My Hero Academia, it’s clear that there’s no shortage of popular anime for viewers to choose from. The best anime for beginners represent the aspects of the genre that fans know and love, without being too overwhelming (making them perfect for binge-watching).

With the first episode of Demon Slayer: Kimetsu no Yaiba released in 2019, the relatively new show has taken the world by storm and solidified itself as a modern classic. The series was first introduced to the world as a manga comic and quickly became a fan favorite through its TV series and film.

As a result of a demon epidemic, a young Tanjiro Kamado takes on the quest to avenge his family, all whilst searching for a cure for his sister. Besides the ambitious premise, Demon Slayer: Kimetsu no Yaiba pays homage to Japanese artistry and offers stunning visuals of sword choreography. With the release of its film, Demon Slayer: Kimetsu no Yaiba – The Movie: Mugen Train, now is not the time to miss out on something this good.

As one of the classics, Cowboy Bebop has been unmoved as the highest-rated anime series of all time. Following a group of bounty hunters who hop across the Solar System in their ship, the Bebop, the show navigates ideas of existentialism and the search to belong amidst a collection of misfits. Described as a blend of sci-fi cyberpunk, Western and neo-noir, the series is a chaotic mix of unexpecting and exciting.

The show is easily binge-able, with 26 half-hour episodes in one compact season. Cowboy Bebop is easily accessible yet universally acclaimed, perfect for those looking to enter the world of anime.

Jujutsu Kaisen may be fresh off the press, but it has already made an impressive mark in the anime world. Released in late 2020, viewership of the show has skyrocketed past many of its current peers. Detailing a young sorcerer’s journey to exorcise a demon he consumed, Jujutsu Kaisen also comments on deeper links between the soul and the body.

As a gripping dark fantasy, this series is perfect for fans of the occult. Supplying an array of stunning animation, compelling characters and gory fight scenes, Jujutsu Kaisen is suited for beginners entering the modern generation of anime. Viewers looking to sample the show could enjoy its prequel in film form, Jujutsu Kaisen 0. Expect season 2 of Jujutsu Kaisen to be released in July 2023.

This steampunk dark fantasy series is a complex tale of grief, war, and moral ethics. Through alchemy, two brothers tamper with mortality and must seek to restore their physical bodies following the skewed experiment to bring their mother back to life.

Attack on Titan is another wildly popular series that has taken the world by storm. The series explores darker and heavier themes, depicting a violent dystopia where humanity has walled off cities in a war with colossal, flesh-eating Titans. Gritty and heart-stopping, Attack on Titan is a mental challenge that takes viewers on an emotional rollercoaster.

Visually unlike anything else, the series produces a dynamic space by experimenting with scale and size. Attack on Titan sports a more graphic aesthetic, where the uncanny humanoid titans and their barbaric nature border disturbing more than intriguing. As violent and brutal as the show may be, its well-rounded nature and near-perfect acclaim have won many over as another modern classic.

For those here for the long haul, Naruto: Shippuden is another classic that has carved out a league of its own in pop culture. Having a show run spanning a decade with exactly 500 episodes, Naruto: Shippuden is a part of the Big Three Shonen that globally popularized anime. The premise deals with Naruto’s coming of age and his journey to master his skill as a ninja to become the head of his village.

Naruto sees the hero’s journey to its fullest extent, with many long-time fans voicing how growing up alongside this show has shaped who they are. Beyond its sentimentality, the show also boasts some of the most iconic hand combat animation in anime history. The series is more easy-going and perfect as a starter to anime.

Another classic series that put anime on the map, Death Note is a broody crime thriller that tinkers with life, mortality and the idea of justice at the hands of karma. Light Yagami is a young vigilante who comes across the Death Note, a book in which any name inscribed will face death.

Alongside a Shinigami spirit (Grim Reaper equivalent), what Light does with the Death Note is a critical commentary on personal ethics and how power and ego influence the role of playing God. With elements of horror and thriller, the series entices viewers with just enough emotional damage to keep coming back. Death Note is a twisted, mind-bending game of cat and mouse.

Take a deep breath before heading into the flashy world of Jojo’s Bizarre Adventure, because bizarre it is, indeed. The series follows the many descendants of the odd Joestar family, who take down forces of evil with powers passed down from a generational curse. Jojo’s Bizarre Adventure is known for its jaw-dropping fights, quirky humor and eyebrow-raising absurdity.

The show travels through different eras with different members of the Joestar family in eight split volumes. Each season increasingly becomes more vibrant and slowly uncovers how the curse came to be. Jojo’s Bizarre Adventure feels like a fever dream, from its campy fashion to its theatrical villains.

Perfect for science-fiction fans, Steins;Gate is a cerebral adventure on time travel, exploring the classic theory that something altered in the past will change its future. Situated in the gadgety Japanese district of Akihabara, three friends tip-toe into the future and send text messages back into the past to adjust their fates.

When one slip-up can trigger an entire butterfly effect, the choices made in Steins;Gate is nothing short of anxiety-inducing. The show is a heartfelt thrill containing complex character dynamics and requires viewers to use active thinking.

Another series of the Big Three Shonen, Bleach is a classic for those who love action, adventure, and anything supernatural. Set around angsty teenager Ichigo Kurasaki, Bleach follows his journey as he inherits the abilities of a Soul Reaper and must harness these skills for good.

Filled with sword fights and one-too-many sexual innuendos, Bleach is a smug teenager’s fantasy. For a series that covers many themes rooted in graphic and heavy material, it still manages to have a tongue-in-cheek air about it. Bleach may run for a lengthy 366 episodes, but is a reliant and essential viewing for those digging their teeth into anime culture.

Castlevania, based on Konami’s iconic eponymous Japanese video game franchise, is set in medieval Europe and follows Trevor, the only surviving member of the Belmont line, as he strives to defend Eastern Europe from extinction at the hands of Vlad Dracula Tepes.

Warren Ellis‘s series incorporates aspects of horror and fantasy while also tackling issues of family, faith and the repercussions of one’s choices. Castlevania is beloved by both critics and fans for its sophisticated plot, well-developed characters and breathtaking animation. It has a unique take on the classic vampire story that can be easily enjoyed by anime beginners.

Avatar: The Last Airbender is a legendary series created by Michael Dante DiMartino and Bryan Konietzko. Set in a fictional world where certain people can control the elements (water, earth, fire, and air) through a spiritual power known as “bending,” the series chronicles the adventures of Aang, a young boy who is the titular Avatar and the only one who can bring balance to the world.

The show was praised for its animation, world-building and portrayal of many cultures, as well as for its storyline, well-written characters and ability to tackle difficult subjects such as war, genocide and tyranny. With a live-action adaptation set to premiere on Netflix sometime in the future, it’s the perfect time to catch up with the popular anime series.

ONE developed One Punch Man, a Japanese webcomic that was later adapted into a manga and an anime series. The series revolves around Saitama, a superhero who can defeat any opponent with a single punch but has become bored with the lack of difficulty in his struggle against evil. The series mocks the conventional superhero and shōnen manga clichés.

One Punch Man has become a massively popular fan-favorite series thanks to its unique take on the superhero genre, outstanding animation and hilarious tone. Saitama, the show’s protagonist, garnered a big following for his deadpan humor and bizarre attitude about becoming a hero.

My Hero Academia is an ongoing anime television series directed by Kenji Nagasaki. The show follows Izuku Midoriya, a young kid born without superpowers in a world where they are the standard, but who dreams of becoming a hero anyway. Izuku becomes the world’s greatest hero’s heir after meeting All Might, and enrolls at a high school for heroes in training.

Both reviewers and fans have commended the show for its superb animation, interesting plot, and lovable characters. The series, which has a big fan base, covers topics like as duty, power, and legacy. It’s the perfect pick for beginners who want to jump in on something current.

Set in the same universe as the video game it’s based on, Cyberpunk 2077, Cyberpunk: Edgerunners is centered on the experiences of a talented protagonist named David, who is roped into the life of an “edgerunner.” He becomes immersed in his career as a black-market mercenary, losing friends and forging complicated bonds along the way.

Aside from its striking dystopian cyberpunk setting, the series set itself apart through its intensely emotional story and incredibly complex characters. Its short length makes it the perfect anime to watch for beginners, but be warned, its hard-hitting themes and jarring moments are not for the faint of heart. 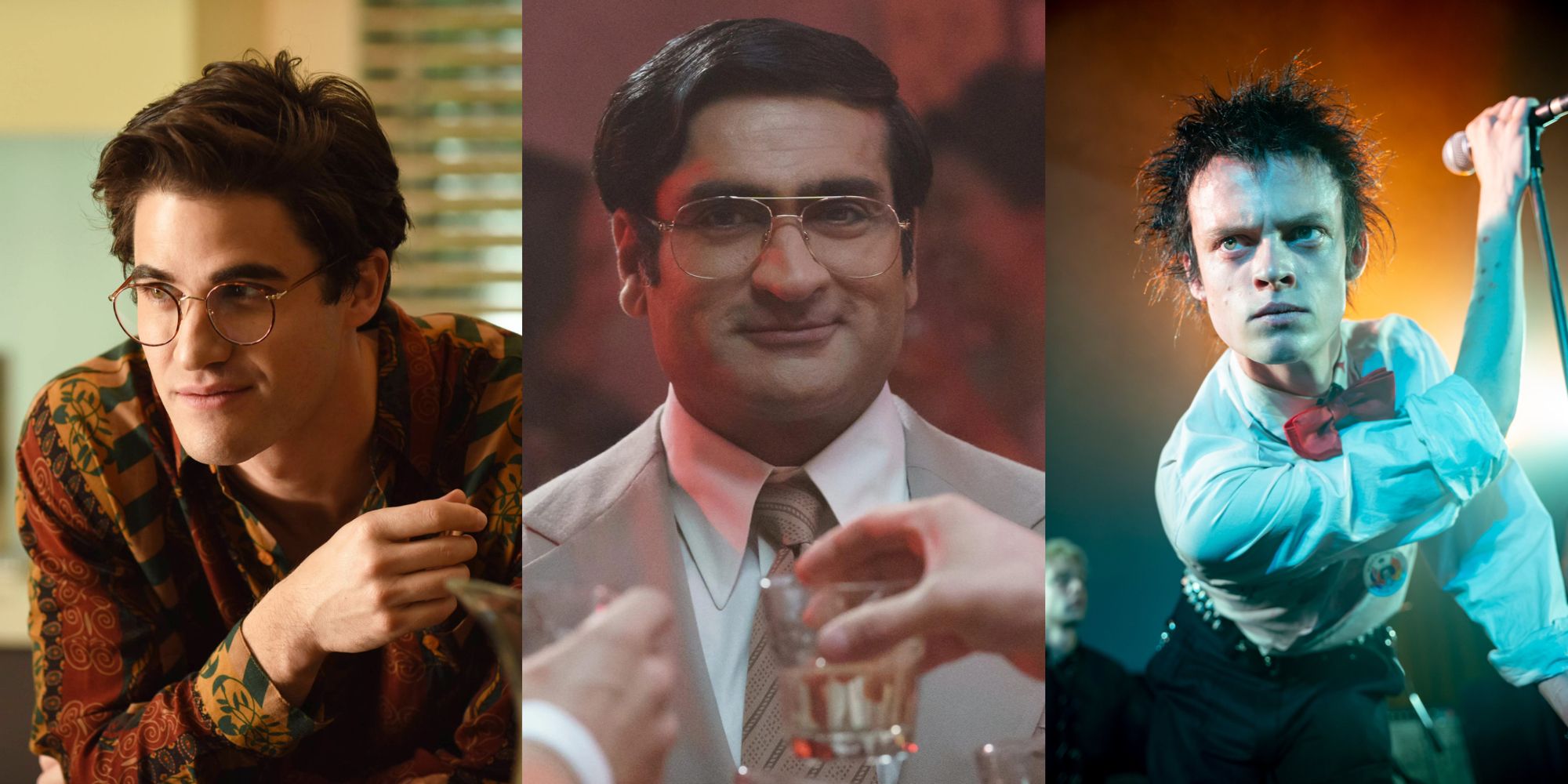 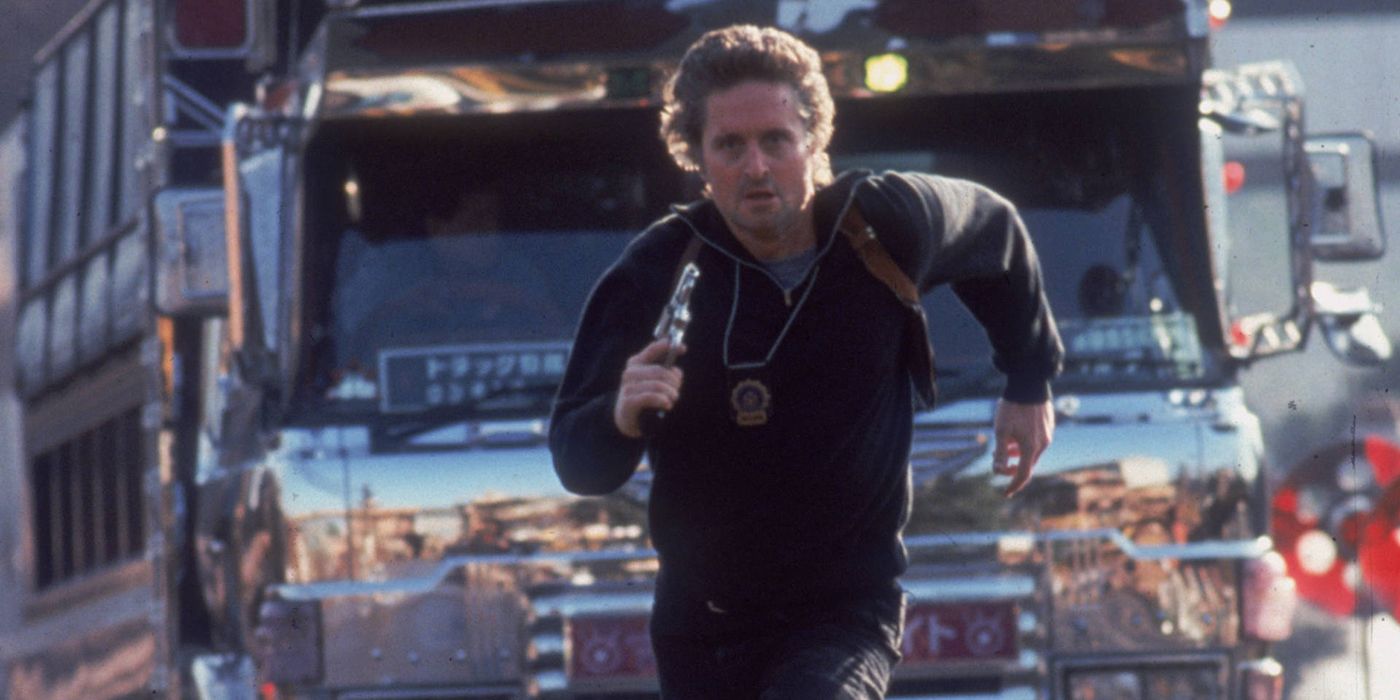 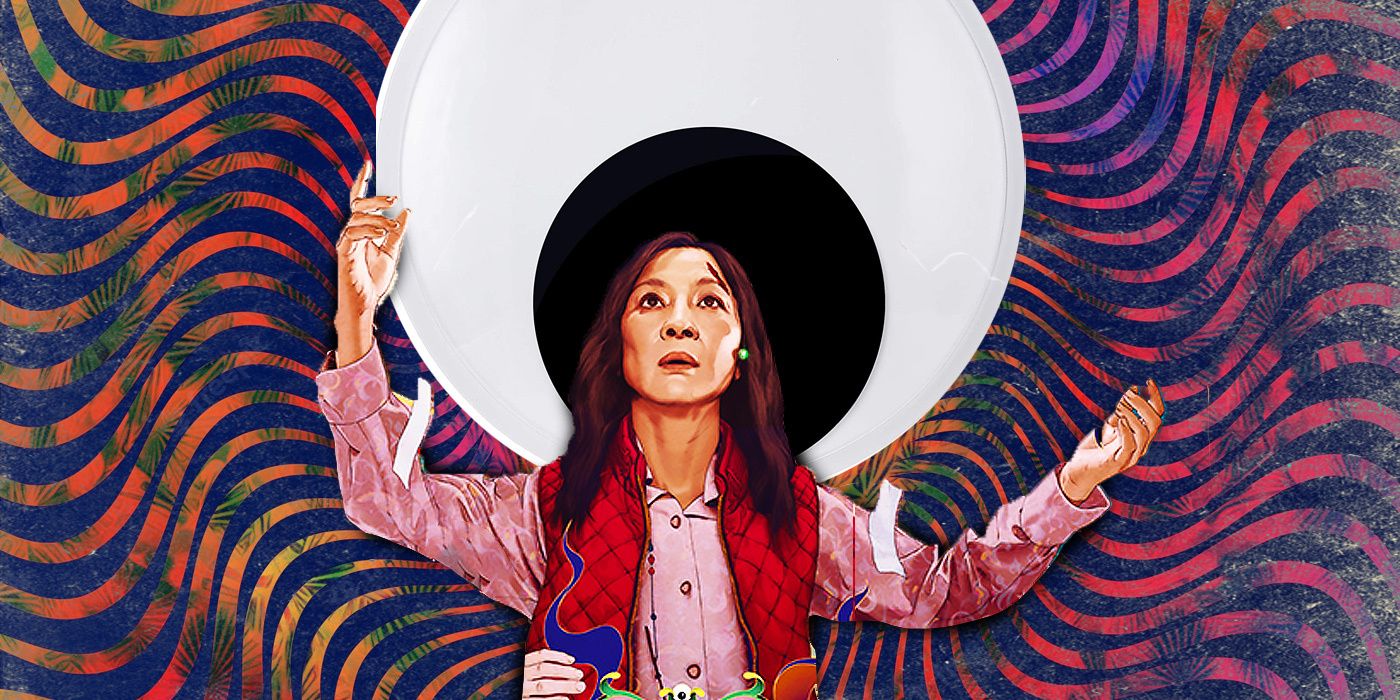 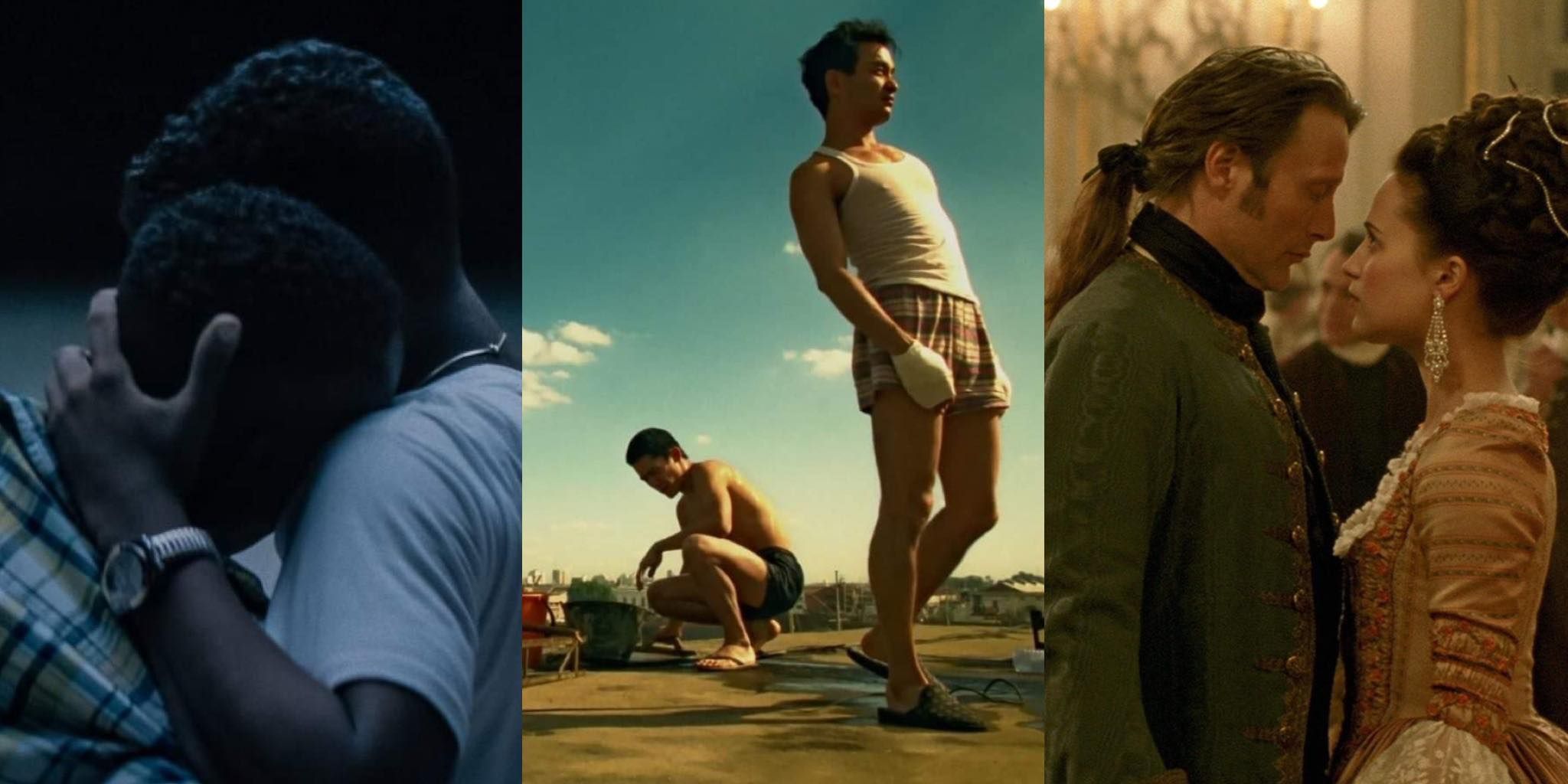 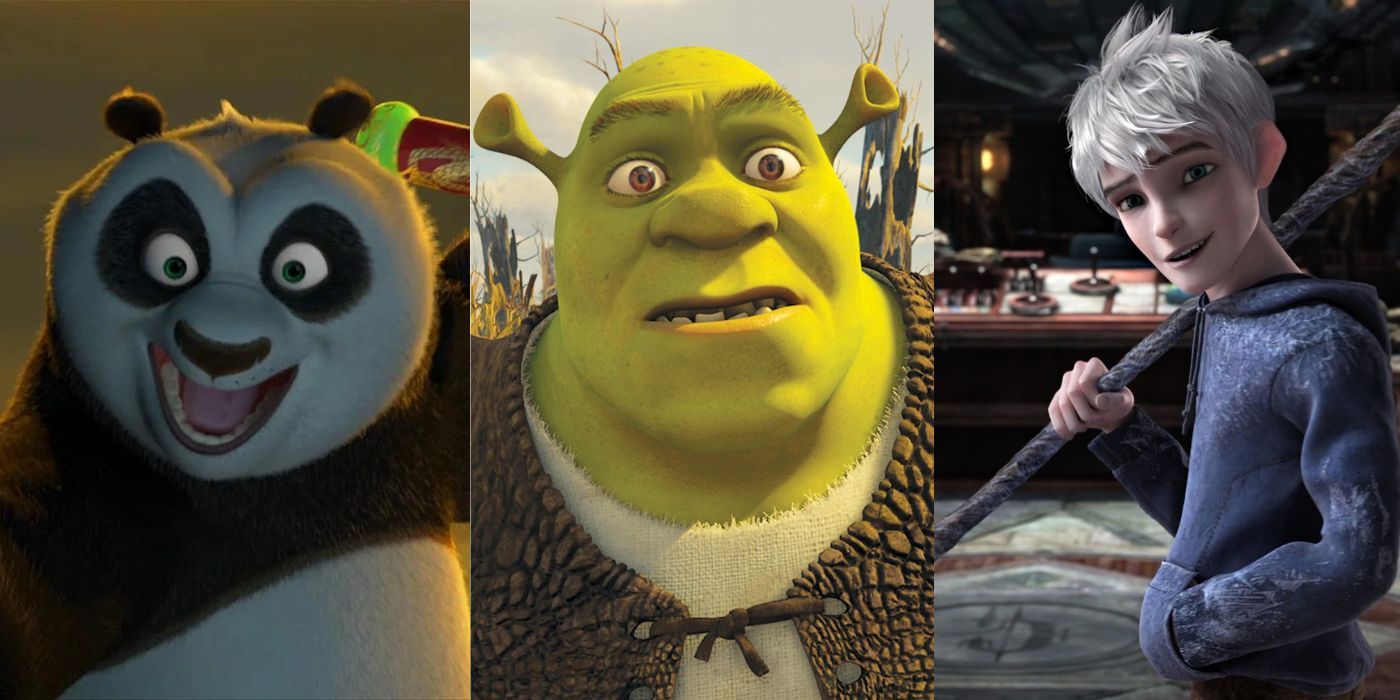 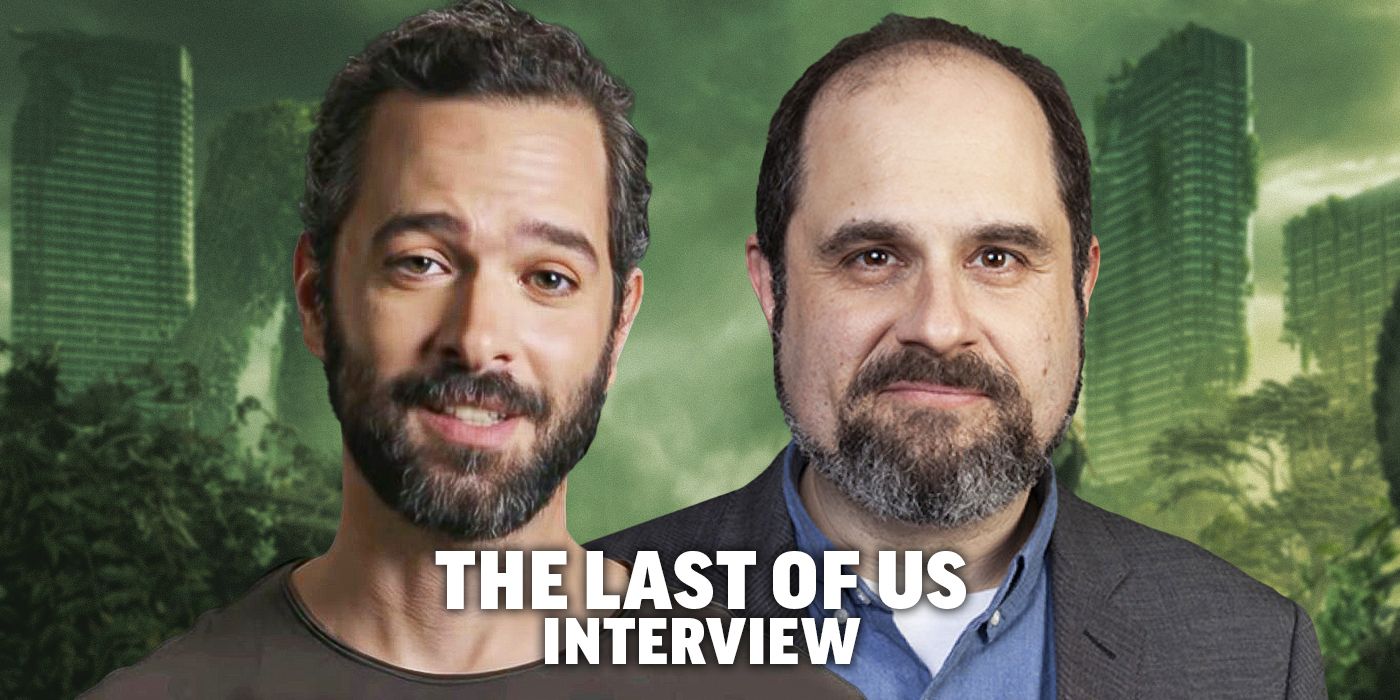