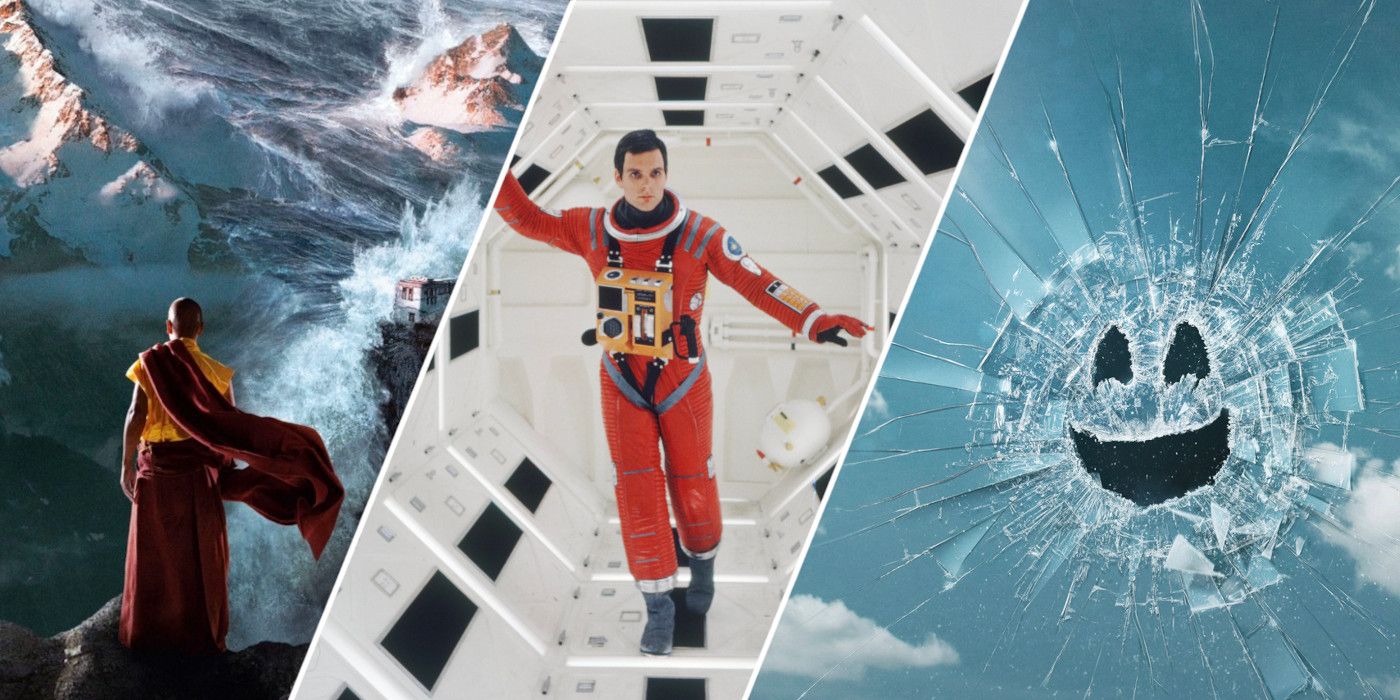 Much of the reason science fiction is so successful as a genre is that viewers often don’t have to suspend their disbelief that much. Many of the strange places and pieces of technology in the genre help to tell unique and imaginative stories while remaining grounded in reality. For instance, these movies and shows allow viewers to see what earth or humanity would look like when set in a different universe, in an alternate past, or sometimes in the future.

RELATED: The Best Sci-Fi Movies Based On Actual Science

While many sci-fi stories in the past have accurately predicted the future before it became the present, that isn’t always the case. For years writers have tried their best to portray what they believe will happen. Sometimes these predictions can end up being a little off, and other times they turn out completely wrong. On rare (and often disturbing) occasions, some sci-fi series and movies manage to be right about the world viewers live in today.

With ongoing new sci-fi shows like The Peripheral and Severance portraying chilling possibilities about a not-too-distant future, it’s the perfect time to look back at the movies and series that tried to do the same several years ago (and which ones came terrifyingly close).

When the earth’s core begins to heat up, and its crust becomes unstable, world leaders prepare for the end in just a few years. As the year 2012 arrives, destructive earthquakes, tsunamis, and volcanic activity threaten all of humanity. In the middle of all of it, a writer and his estranged family do their best to survive.

Of course, the movie 2012 didn’t predict anything too far in the future, having been released in 2009, and apocalyptic movies aren’t exactly new. Needless to say, though, the world didn’t end in 2012.

Humanity is heading out to the stars, and the Robinson family is chosen for a five-and-a-half-year trip to colonize a planet near Alpha Centauri. When a saboteur sneaks on board their spaceship, a series of disastrous events cause them to travel off course at hyper-speed, becoming hopelessly lost.

Although the years that the 1998 movie and the 2018 series take place are still far off, the original Lost in Space TV show is a different story. Set in 1997, which was around 30 years in the future at the time, the main events of the story involve prolonged space travel. In real life, while humanity had undoubtedly reached a fair amount of space-related milestones by 1997, humanity was nowhere near that level of space colonization.

Lewis is a brilliant child inventor who, after finding that his brand-new invention has been stolen, is approached by a mysterious boy named Wilbur. Discovering that both Wilbur and the invention thief are, in fact, time travelers, Lewis travels to the future, where he meets Wilbur’s eccentric family.

Taking place in 2037, it may be a little early to claim that the beloved sci-fi animated movie Meet the Robinsons failed to predict the future. However, it’s safe to say that many of the movie’s technological advancements are not in our near future. This is especially true considering the movie’s leading scientist, Cornelius Robinson, would probably have been debuting such technology around now.

In a society isolated from the rest of the world due to an all too familiar global contaminant, people live with almost everything they’re doing monitored and controlled. The one thing they can look forward to is being chosen by lottery to go to an uncontaminated paradise called The Island.

Released in 2005, The Island is set fourteen years from then and showcases cloning technology. While this concept is possible in real life, cloning people so quickly and on such a large scale is not possible currently, let alone in 2019.

John Spartan (Sylvester Stallone) is a police officer with a reckless reputation that has granted him the nickname “The Demolition Man.” After capturing a dangerous criminal but allegedly causing the death of 30 hostages, Spartan and the criminal are sentenced to prison in cryogenic freeze. When they are both woken up prematurely, they find a much different world than what they left behind.

The starting year in Demolition Man is 1996, just three years after the movie’s release, and is also the year that humanity did not develop cryogenic technology. While the future the characters wake up in is still yet to come, the specific type of utopian society portrayed here is a little unrealistic.

A police officer working for the Time Enforcement Commission spends his days catching criminals who mess around with time travel. When he uncovers a conspiracy orchestrated by a corrupt politician, he must stop it before the past is changed forever.

Although maybe not one of the best time travel movies, Timecop remains one of Jean-Claude Van Damme‘s more classic films. Unlike many other movies which try to predict the future, it initially takes place in the same year it was released in 1994. That said, humanity is not even close to developing time travel between the past and present, and even further from having a police force dedicated solely to that.

In a futuristic dystopian society, highly advanced robots called replicants have been created that look no different from humans. When four replicants go rogue and start wreaking havoc around the city, a former police officer is brought in to track them down.

One of the most iconic movies to blend sci-fi and crime, 1982’s Blade Runner, takes place in the then-far-off future of 2019. Many things seen in this movie are not realistic to how 2019 was. For instance, the film features flying cars, robots that look exactly like humans, and a Los Angeles where it constantly rains.

In a world where androids are made almost indistinguishable from human beings, an adult amusement park is created using these robots as hosts. Here visitors can take an expensive vacation to one of three parks; Romanworld, Medievalworld and Westworld. In these parks, guests will find an authentic historical experience until the hosts begin acting independently.

Although you may be familiar with the Westworld series on HBO, the movie it’s based on came out in 1973. In the original Westworld, the year is 1983, and many significant technological achievements have occurred. In the real world, however, even though androids exist, the level of sophistication and human likeness is still far away.

After finding a mysterious artifact on the moon in the form of a giant, black monolith, humanity endeavors to learn its origins. A small crew and their spaceship’s artificial intelligence set off on a mission to Jupiter to answer that question.

As the title suggests, 2001: A Space Odyssey takes place in 2001 when humanity established a lunar base and achieved long-term interstellar travel. Since the movie was made just over a year before the Apollo 11 moon landing, people were already dreaming of going to the stars. However, humans haven’t gone that far yet.

Shortly after Marty McFly (Michael J. Fox) returns from his trip into the past, Doctor Emmett Brown (Christopher Lloyd) approaches him once again to ask for help. Along with his girlfriend and Doc Brown, Marty travels into the future of 2015 to prevent his son’s incarceration.

As one of the more famous cinematic attempts to predict the future, Back to the Future Part II is a bit of a mixed bag. The movie predicted a few concepts correctly, such as Hollywood’s obsession with sequels and 3D. By 2015, fans did not get “Jaws 19,” nor hoverboards, flying cars or auto-fitting/auto-drying jackets exist. Nike did, however, come out with their power-lacing shoes.

Matt Groening‘s beloved animated television series, Futurama, is set in the 31st century and chronicles the misadventures of a delivery guy called Philip J. Fry, who is accidentally cryogenically frozen and awakens 1,000 years in the future. Interplanetary travel, robotic technology and the consequences of global warming are among the futuristic technologies and societal issues depicted in the series.

Fans of the show know there’s no shortage of times Futurama accurately predicted the future. From the use of smartwatches and virtual reality to more controversial topics like addictive interactive media and voluntary euthanasia, Fry and the gang have gone through it all.

Ex Machina is a stunning sci-fi psychological thriller A24 film directed by Alex Garland. The story revolves around the rookie programmer Caleb and a sophisticated humanoid robot called Ava, which was built by a zany wealthy inventor, Nathan.

The film explores concepts of consciousness, artificial intelligence and the blurring of human-machine boundaries. Its accurate portrayal of the future ethical and societal repercussions of developing AI technology can be seen today. Highly advanced AI like ChatGPT are inspiring discussions and debates about consciousness and intelligence, the notion that AI may influence people and the possible negative implications of building powerful AI, such as the loss of control or a potential revolt against humans. Thankfully, the jarring violence seen in the film hasn’t happened in real life (at least not yet).

Set in the near future, Her combines science fiction and romance to tell an intriguing tale of a heartbroken writer, Theodore Twombly, who falls in love with an advanced AI operating system, Samantha. Directed by Spike Jonze, the film dives deep into subjects such as love, grief and the nature of human relationships in the age of digitalization.

Her effectively comments on the growing use of technology in daily life and its effects on human interactions. Its core message about how individuals feel alone and unhappy in a more connected world is more relevant than ever before. Its more technical and accurate predictions include the adoption of wearable technology to engage with AI, such as earphones, and the trend toward minimalistic design in technology.

Black Mirror is a legendary anthology series that needs no introduction. The show, created by Charlie Brooker, investigates the possible consequences of technological advancements and their negative effects on society. Each episode is a self-contained narrative with a varied cast and setting, yet they all share a similar theme of the impact of technology on humanity.

The series is known for its thought-provoking and often dark take on technology and the future. There are several Black Mirror episodes that are scarily accurate, with some of its real-life predictions including robotic dogs and bees, a social credit rating system, a robotic nanny and contact lenses with cameras. It’s only a matter of time before fans get to see what other creepy forecasts the show has in store with the highly anticipated sixth season of Black Mirror.

Minority Report is a sci-fi action film set in 2054 that tells the story of John Anderton, the chief of a special police squad known as “Precrime,” which exploits the powers of three psychics known as “precogs” to predict and prevent crimes before they happen. Directed by Steven Spielberg, the film tackles issues of free choice, fate and the ethics of leveraging new tech to detect and stop criminals.

While its central topic of predicting crime thankfully hasn’t come true, it does manage to get several things right about the world people live in today. It accurately predicted the use of advanced biometric technology, virtual and augmented reality, advanced AI and automation, the prevalence of personalized advertising, the proliferation of large, interactive touch screens and other gesture-based interfaces and, most chillingly, the use of drones for surveillance and transportation.

NEXT: The Most Iconic Sci-Fi Movies of the 20th Century, Ranked by Accuracy About the Future 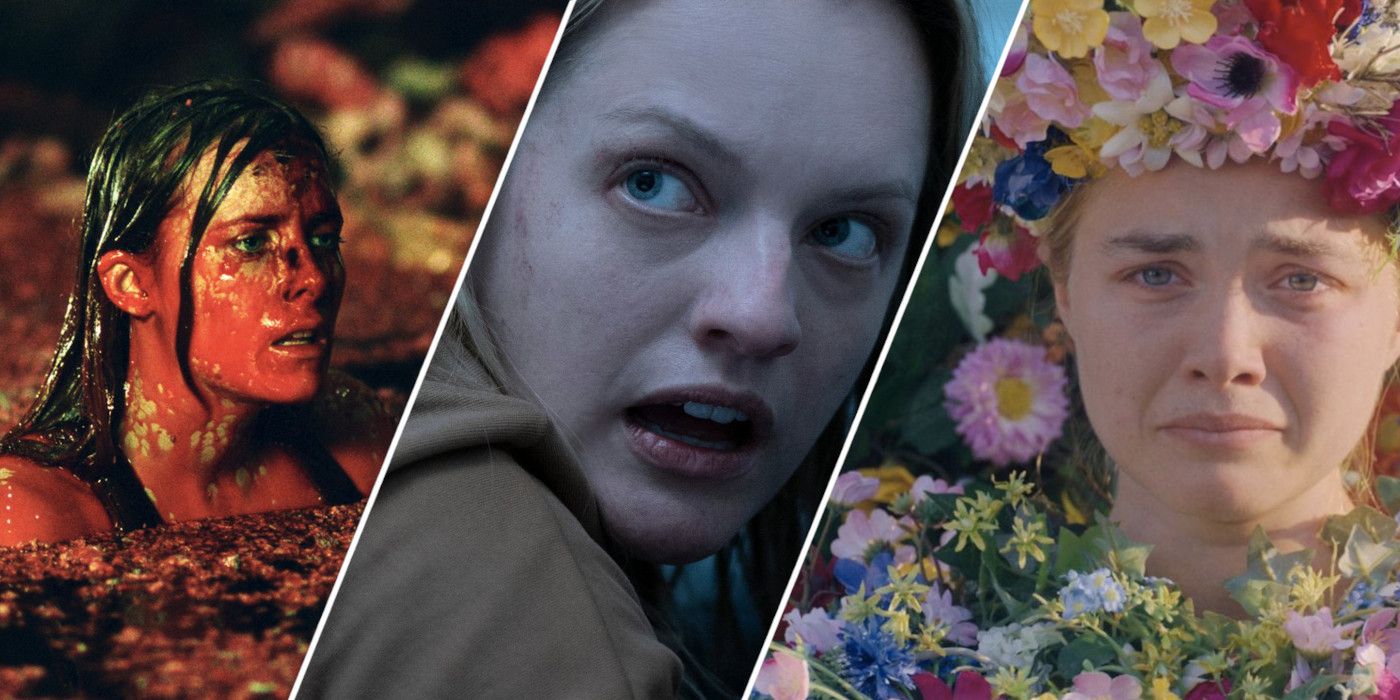 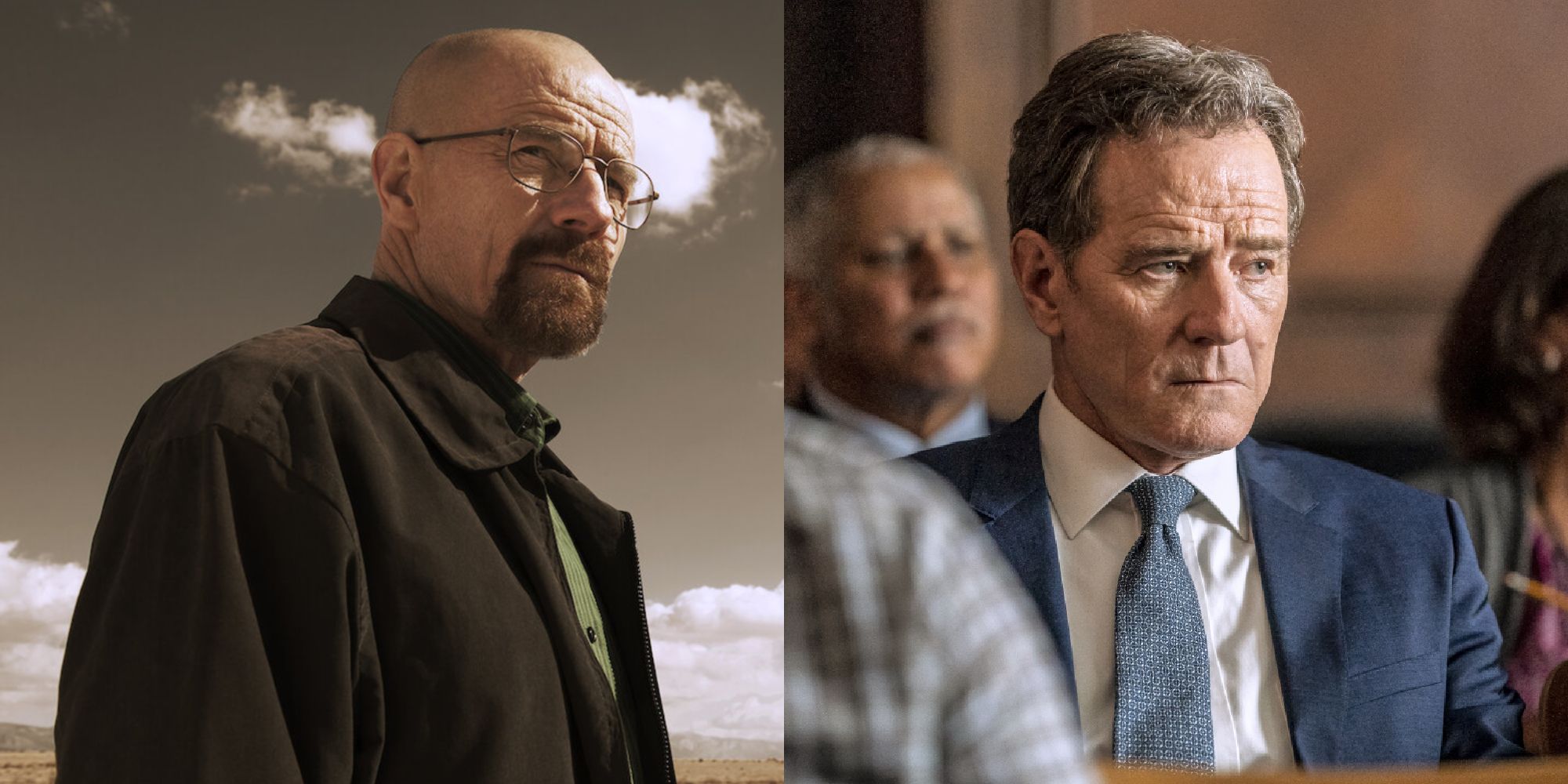 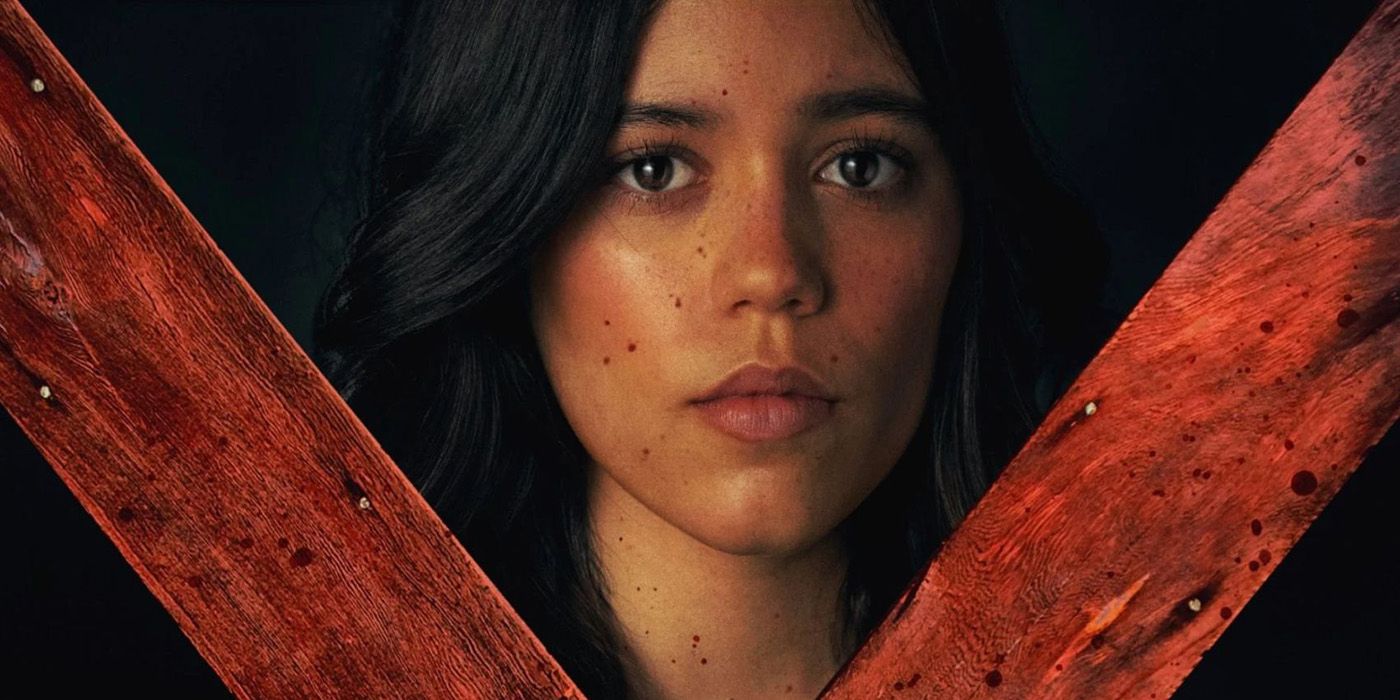 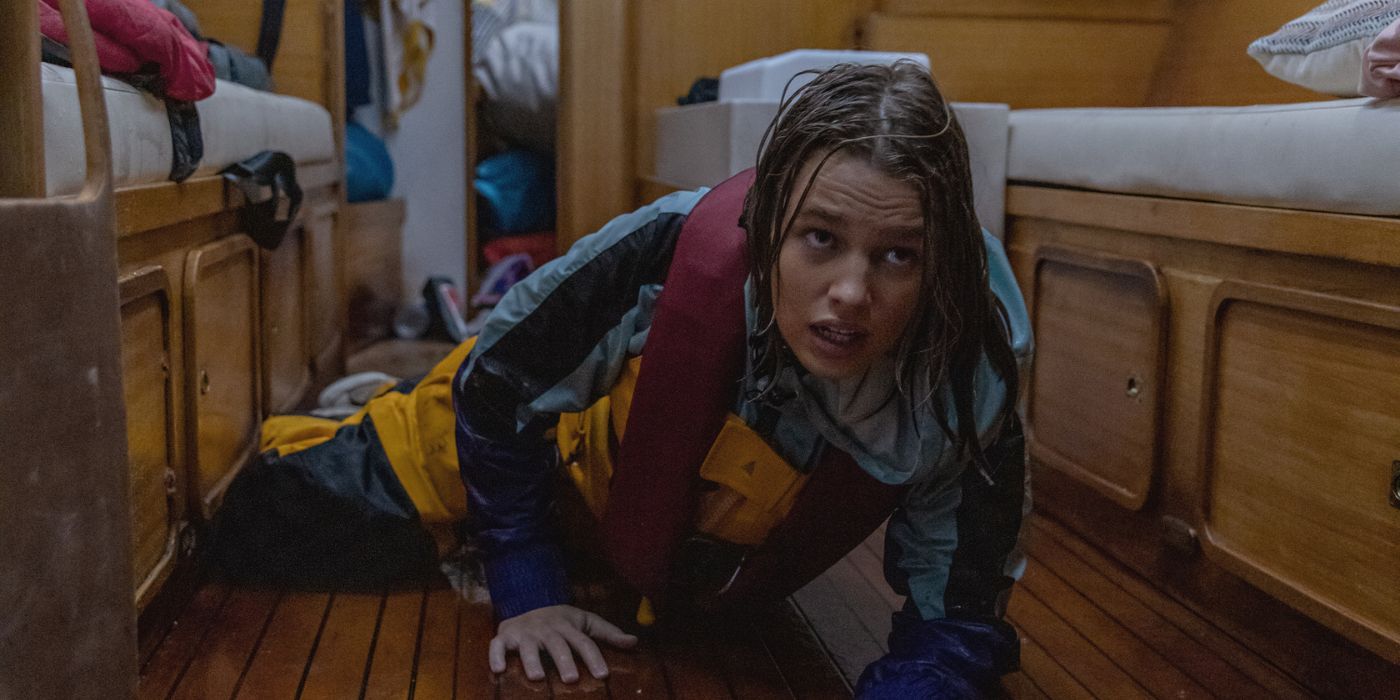 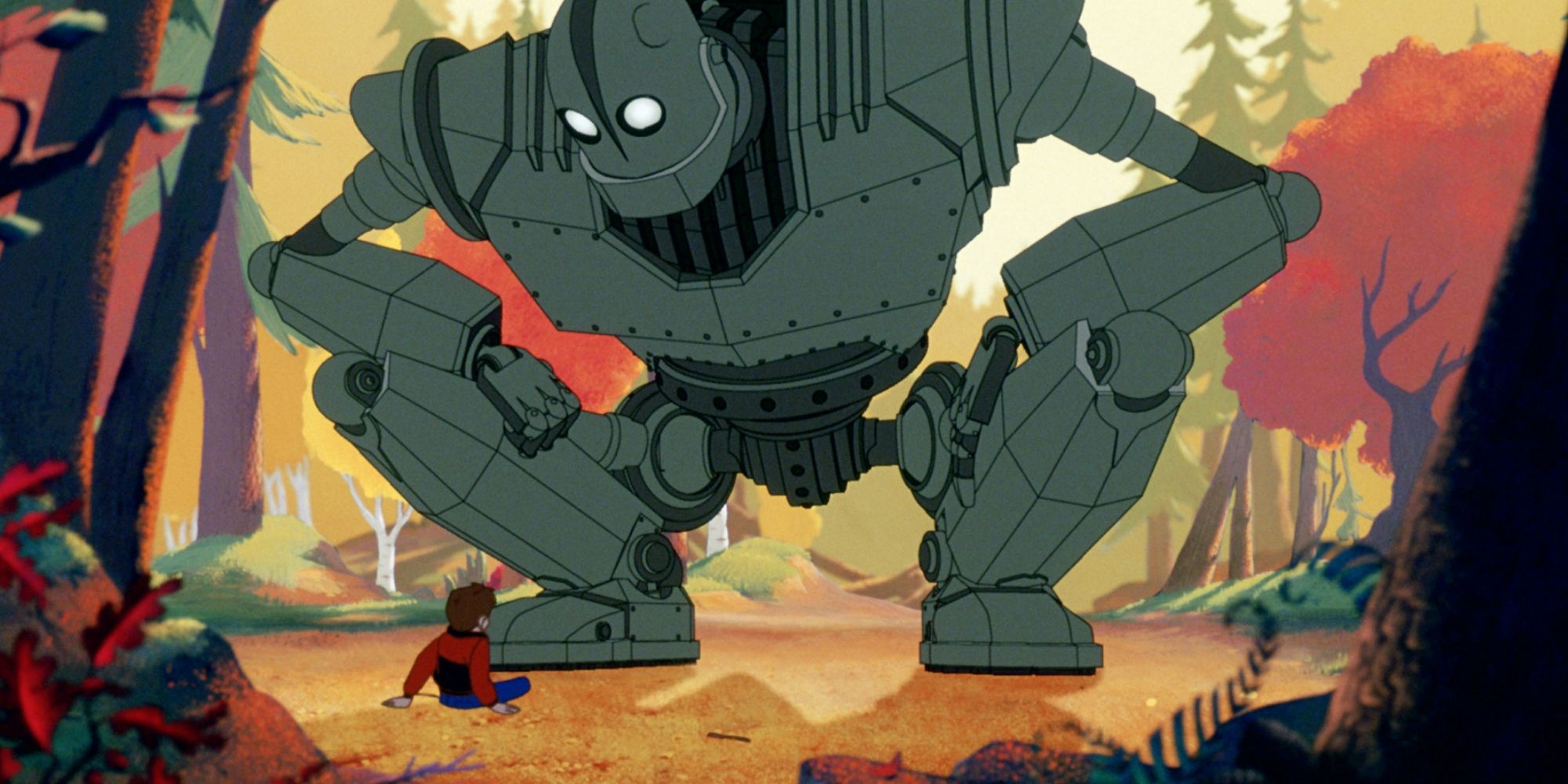 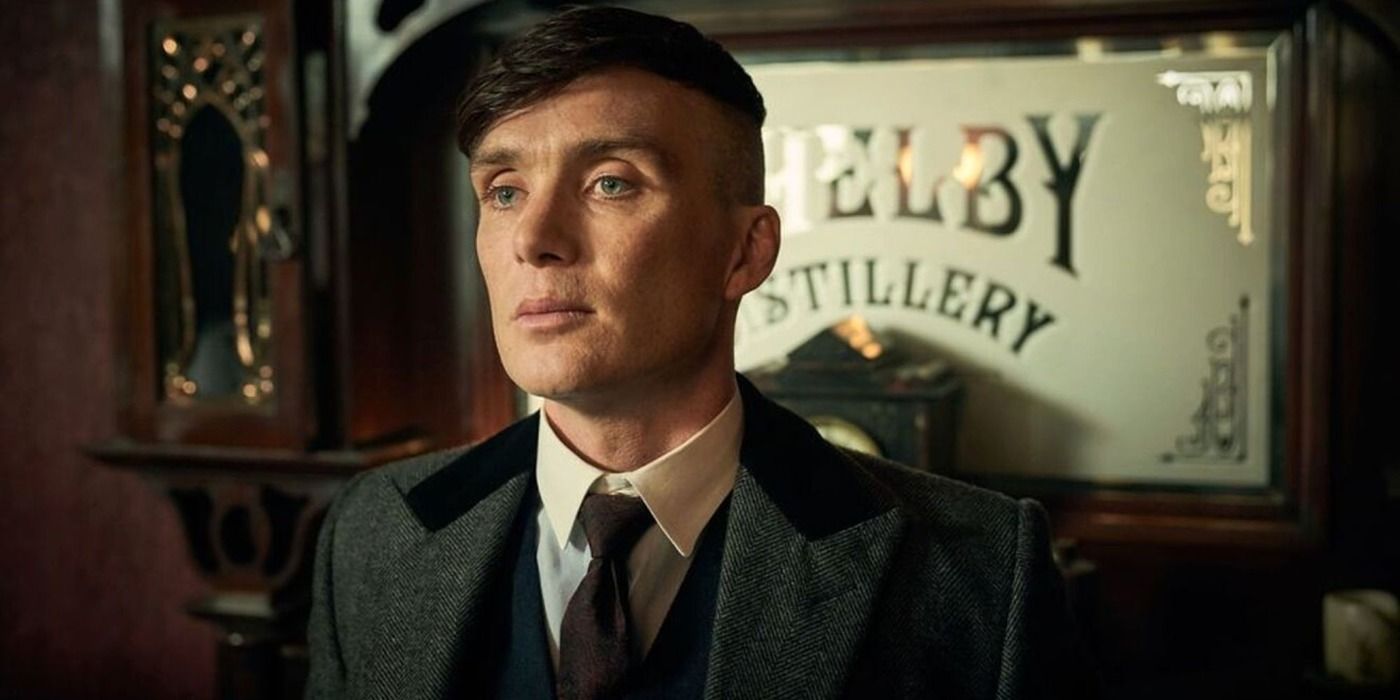