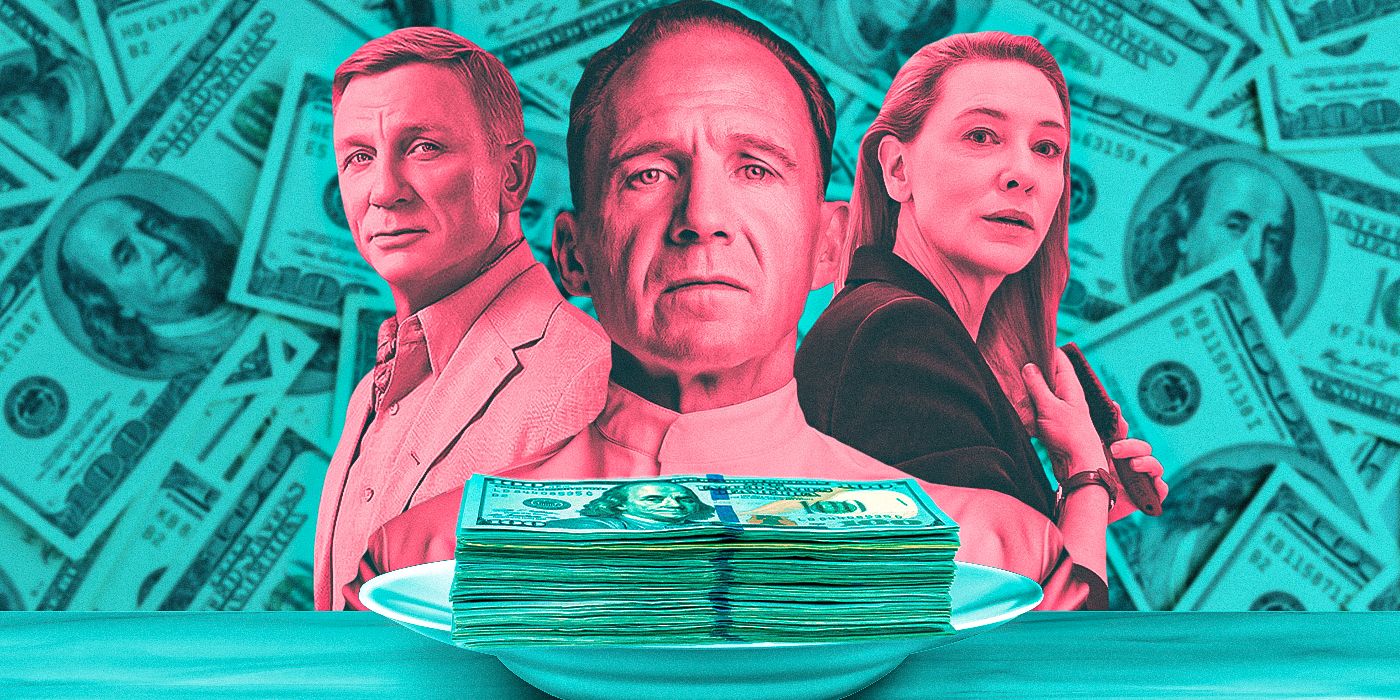 The last year in movies found a lot of joy in tearing down the privilege of money in just about every genre. Horror films like Barbarian and The Menu were happy to make rich people suffer for their ignorance in ironically fitting ways. On the thriller side we have Steven Soderburgh’s Kimi showing the lengths to which a big CEO is protected within the system, a note that whodunnit comedies in particular hit repeatedly. Bodies Bodies Bodies, Glass Onion, and Confess, Fletch made lavish excess and the mind-numbing effects of having whatever you want into the subject of jokes, and their final reveals always became a class statement that made their rich antagonists look dumb. Of course, Jurassic World: Dominion continued its series’ tradition of keeping a tech billionaire around to use genetics for evil and profit.

Even animation joined the fun, casting eccentric millionaires as villains in DC League of Super-Pets, Puss in Boots: The Last Wish, The Bad Guys, and Wendell and Wild with over-the-top metaphors for problems the filmmakers had with privileged upper-class people. The blunt disdain ranged in subtlety; Tár methodically destroyed its main character until she was removed from public life, while Babylon straight up doused its rich with vomit. Speaking of which, this list wouldn’t be complete without mentioning The Triangle of Sadness, which turned its anticapitalistic subtext into explicit dialogue… and also more vomit.

Other than Don’t Worry Darling, which made a specific real-world analog for its villain, most of these movies were incredibly similar in their depictions. The cinema of 2022 used archetypes and shorthand for privilege to comment on its unfairness, consistently portraying upper class people as vapid, stupid, greedy, and evil while their lower-class counterparts are misunderstood victims of the system. This year was filled with comments on class that placed the wealthy squarely on the wrong side, outsmarted by those with less.

The Key to an ‘Eat the Rich’ Movie

The key to the “Eat the Rich” movie is separating the wealthy from the audience’s eyes. Part of the brilliance of Tár comes from director Todd Fields’ ability to observe upper class conductor Lydia Tár (Cate Blanchett) observed rather than relate to and struggle alongside her. From the first shot, taken on a cell phone of another character and overlay with a text conversation condemning Lydia, Fields is indicating that we should not take her side, or risk rooting for immorality. Most other movies in this vein accomplish that distant disdain by simply making them the villains. This year’s movies featured such prosperous villains as tech billionaires (in Derek DelGaudio, Campbell Scott, and Edward Norton flavors), murderous stop-motion animated business moguls, a successful podcasting guru who just dipped into virtual reality, a prosperous pie eating pyromaniac from a nursery rhyme, not one but two semi-successful actors whose luck is about to change, a guinea pig philanthropist, a handful of luxurious influencers, and Lex Luthor (because the classics never go out of style).

In each individual case, these characters are clearly underlined as undisputedly immoral. This can be a bit tiring during films where the villain should be a big reveal; just search for the rich white guy and you’ll find your man. But more often they’re painted as explicitly horrible as possible, so the audience can cheer on their “eating”. Jiminy Cricket himself dismisses the wealthy Jack Horner (John Mulaney) of Puss in Boots: The Last Wish as a horrible irredeemable monster beyond his help, refuting his own claim that “there’s good in all people” (a philosophy that actually proves true in the movie for every single other character, including antagonists, outside of Jack). In more adult fair, we follow Tobey Maguire’s drug addled lavish Hollywood gangster to the literal depths of sexual and violent debauchery, all the while looking at a demon-like face, as if the audience didn’t get that this was the devil of Damien Chazelle’s Babylon. The Menu takes a near systematic approach to its large cast, shuffling its camera from table to table in a lavish dining experience making sure that you have a particular reason to dislike just about everyone who can afford its fee before the horror begins.

Voyeurism of the Wealthy

Keeping the upper class at a distance allows these films some voyeurism at the expense of the wealthy. Bodies Bodies Bodies is perhaps the best example, as we are not to completely root for even the protagonist, but this aspect pervades so much of 2022 cinema. These movies may not all have been straight up blockbusters, but many of them were financial successes. The American public decided this year that they wanted to see rich people killing themselves, killing one another, burning like marshmallows, retreating from crocodiles, going pants-less on a Zoom meeting, eaten by dinosaurs, nursed by a misshapen creature, compared to literal demons, beaten by a superdog played by The Rock, and, yes, vomiting and being vomited upon. That last one reoccurs often; it is the heaviest handed metaphor in the condemnation of excess, with both its foul associations of disgust and implications about not being able to handle how much one has.

Some of these depictions became very clearly targeted. As director Olivia Wilde has stated, the villain of the aforementioned Don’t Worry Darling is clearly meant to resemble a real-world voice in online discourse, as showcased in the dialogue and performance from Chris Pine. Meanwhile, Henry Selick’s stop-motion picture Wendell and Wild simply gave a distinctive blonde wig and red tie to one of its corporation owning protagonists and let its audience do the math. And, of course, Rian Johnson’s Glass Onion has only gained strength from recent public opinion of a particular tech billionaire, although that specific connection was unintentional since the film was obviously written years ago.

A Bounty of Tropes

These films often generate in their viewers a feeling of smug superiority when these characters aren’t just evil, but act incredibly stupid when the stakes turn to life or death. This happens way too often to name, but some of 2022’s highlights of this trope include both the sail conversation and the panicked flare scenes in Triangle of Sadness, the twist ending of Bodies Bodies Bodies, and the various encounters in Confess, Fletch where the titular character tricks a rich person into disregarding him. The public wants not only the moral high ground, but the intellectual one. That way they can leave the theater not only feeling that evil is apart from them, but that they as an individual are smarter than its trappings. “Of course, I wouldn’t…” we think, watching Kate Hudson’s influencer mistake sweat shops for sweatpants shops, or the male restaurant patrons in The Menu blow their chance at escape. These stories are the modern version of Marie Antoinette’s famous quote, “Let them eat cake!” Although only a legend, we want to believe that quote’s truth for our ability to mock it.

In contrast to these villains, most of these movies have a person outside of rich lavish, often a racial minority, a woman, or both, who seems smart for not giving into the silliness of the rich people around them. The audience is meant to get satisfaction from this person winning out against class divide and possibly social injustice, while thinking “if only everyone would listen to them!” Babylon has both the hardworking Manny (Diego Calva) reacting to excess with disdain and frustration and Nellie (Margot Robbie) rebelling via technicolor yawn against the Hollywood upperclassmen keeping her from her dreams; the comparatively competent Tess (Georgina Campbell) triumphs against the greedy actor who tries to sacrifice her in Barbarian; Janelle Monae nails her performance in Glass Onion as the homespun twin getting revenge on the doofus tech billionaire who screwed her sister over. Notice how often these examples become personal. The audience relates to the character being messed with by the rich.

These movies take great pride in revealing blue collar jobs for these characters; The Menu has Margot the escort (Anya Taylor-Joy), Triangle of Sadness has Abigail the janitor (Dolly De Leon), and Don’t Worry Darling has Alice the nurse (Florence Pugh). Even Bodies Bodies Bodies decides near its ending to make sure we know who to sympathize with by having others bully Myha’la Herrold’s Jordan for being upper-middle-class rather than actually rich. This trope is incredibly broad appealing; in wealth disparity, people can simultaneously belong to the 99% and still feel like the underdog.

This isn’t the only way for films to comment on class. Several other movies this year made fools out of larger money-based systems without the message that rich people are inherently stupid and evil. Avatar: The Way of Water demonizes a lot of things in western thinking, but being rich isn’t explicitly one of them rather is suggestively more nuanced that anyone, including blue-collar workers on the whale targeting rig, could be unethical in their pursuit of money. B.J. Novak’s movie Vengeance commented on America’s divide without drawing moral lines where class lines are. The Batman may have plenty of wealthy villains, but as Selina Kyle (Zoe Kravitz) calls out, Bruce Wayne himself is also included in that upper class. And finally, the underwritten Netflix original Do Revenge allowed some of its rich people a smidgen of redemption as long as they weren’t male. Also, surprise, surprise, that film features more vomiting!

There was one filmmaker whose attempts to be more balanced ended up just as teasing of rich as everyone else. Speaking with Interview Magazine, director Ruben Ostland claimed that he didn’t want Triangle of Sadness to boil down to simply portraying rich as stupid and evil. “I’m mean to all of the characters in my films,” Ostland said. “So of course I’m going to be mean to rich people. But I tried to show that our behavior comes from a financial structure and our behavior is going to change if we have been on the bottom and we get to the top.” Aptly describing his filmmaking as influenced by both Michael Haneke and Larry David, Ostland may not consider his movies one-sided, but his latest film isn’t without a voyeuristic element.

Triangle of Sadness finds a lot of delight in laughing at mostly rich characters being stupid in harsh situations. Scenes like the drunken announcement debate and the dialogue between the rich couple that doesn’t realize they are about to be blown up by one of their own grenades point to a special category for rich people in which they are dumber than, for example, the cleaning lady, Abigail, who knows how to catch and cook food. Her selfish interest is justified by the movie itself; we see her struggle in contrast to others apparent laziness, and when she keeps half of it (exempting herself from total evil by dividing the other half throughout the group) her debates against her supervisor Paula (Vicki Berlin) aren’t about whether her actions are moral, but whether she has a position on a boat that clearly no longer exists. The filmmaking and script are clearly in Abigail’s favor, and audiences can applaud her tenacity and mock the stupidity of Ostland’s rich. It’s just too easy to bring out the guillotines rather than engaging in complexity.

Criticizing class is not at all new for cinema, but the way 2022’s movies did so in such similar excess to one another reveals a trend in thinking. Perhaps it was 2020’s Best Picture winner Parasite that sounded the gong that called would-be-ragamuffin revolutionaries to the filmmaking barracks. Even when directors like Ostlund try to even the playing field, the impulse to hate on anyone above typical income is too seductive. Seen together, these filmmakers’ portrayals reveal clear ideals; the 1% are to be mocked for their stupidity, drowned in their excess, and harshly condemned by the righteous masses for their unfixable, irredeemable wickedness. Only time will tell if this will continue to be a theme of 2023 and beyond, or if filmmakers have expectorated their slimy disdain completely (pun intended). 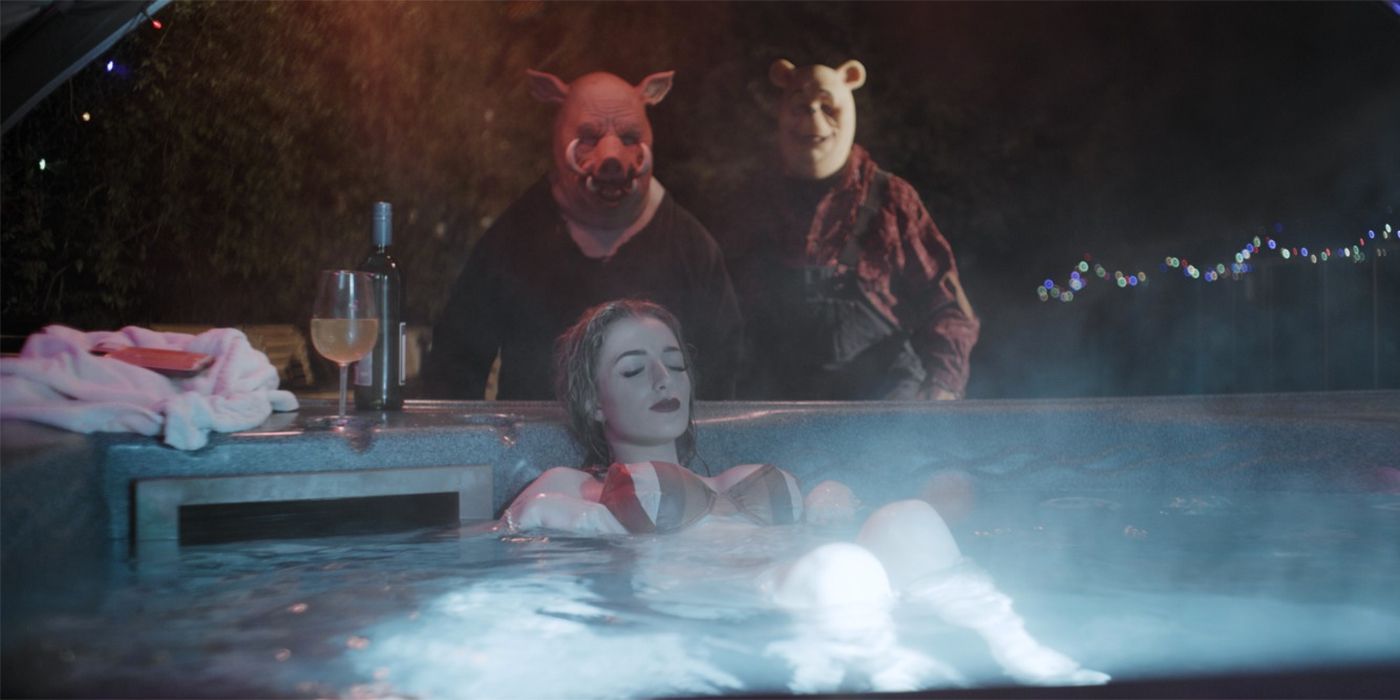 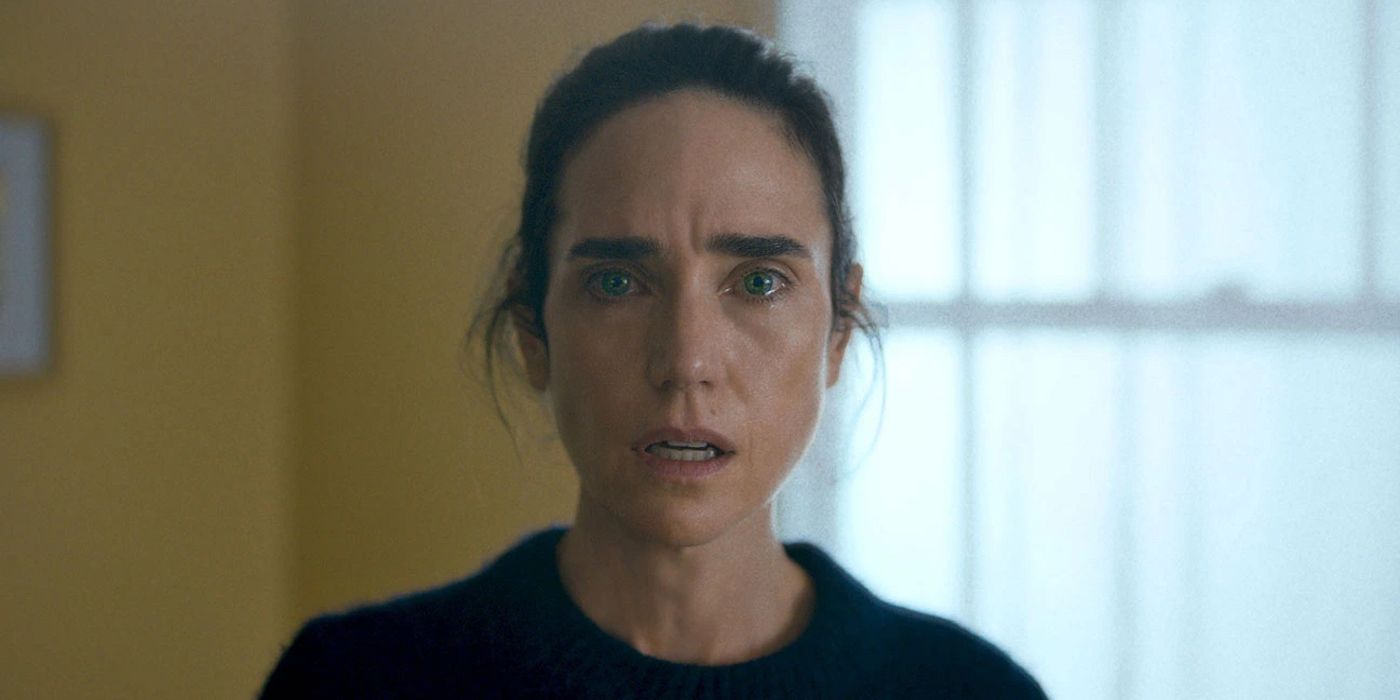 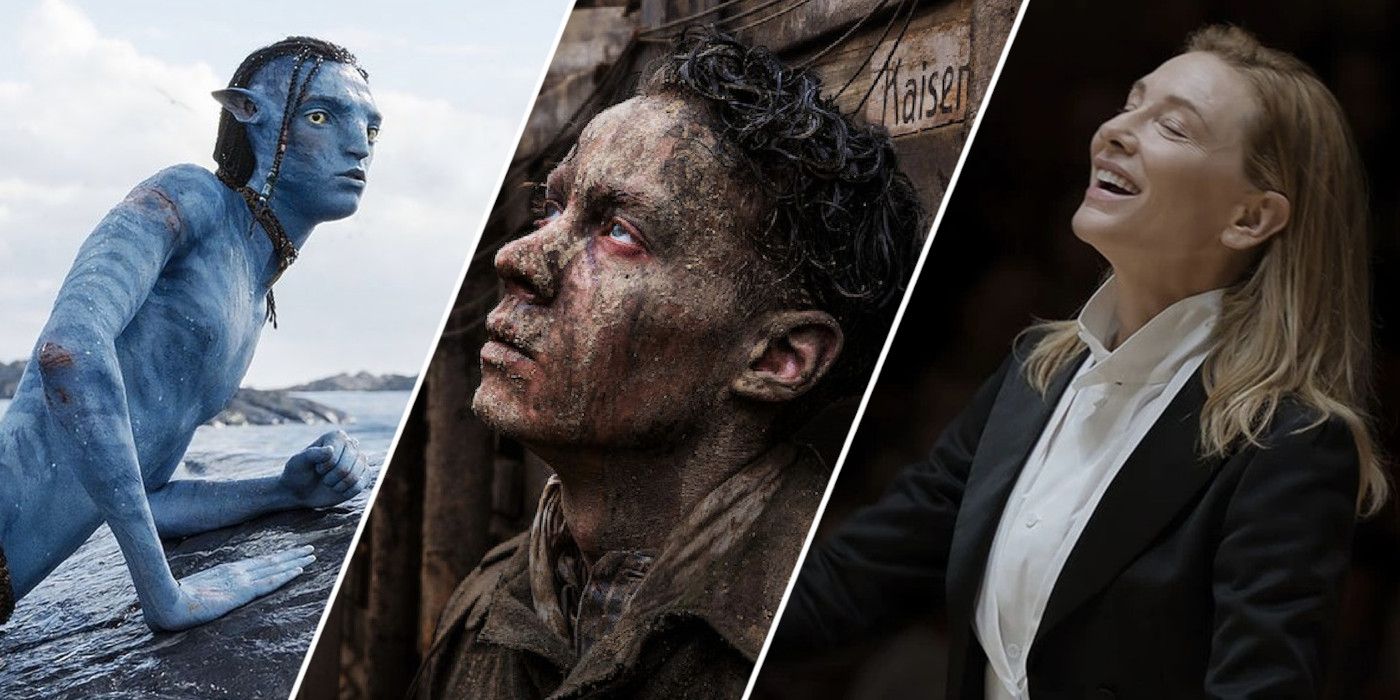 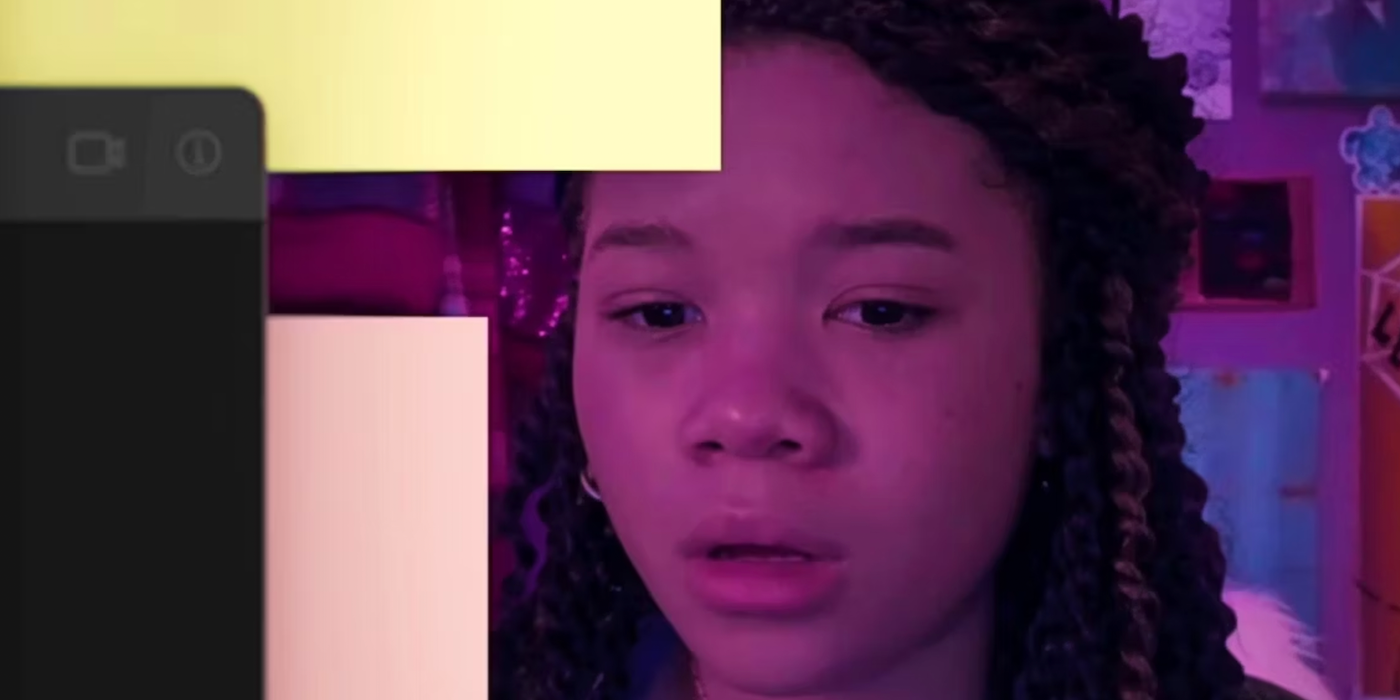 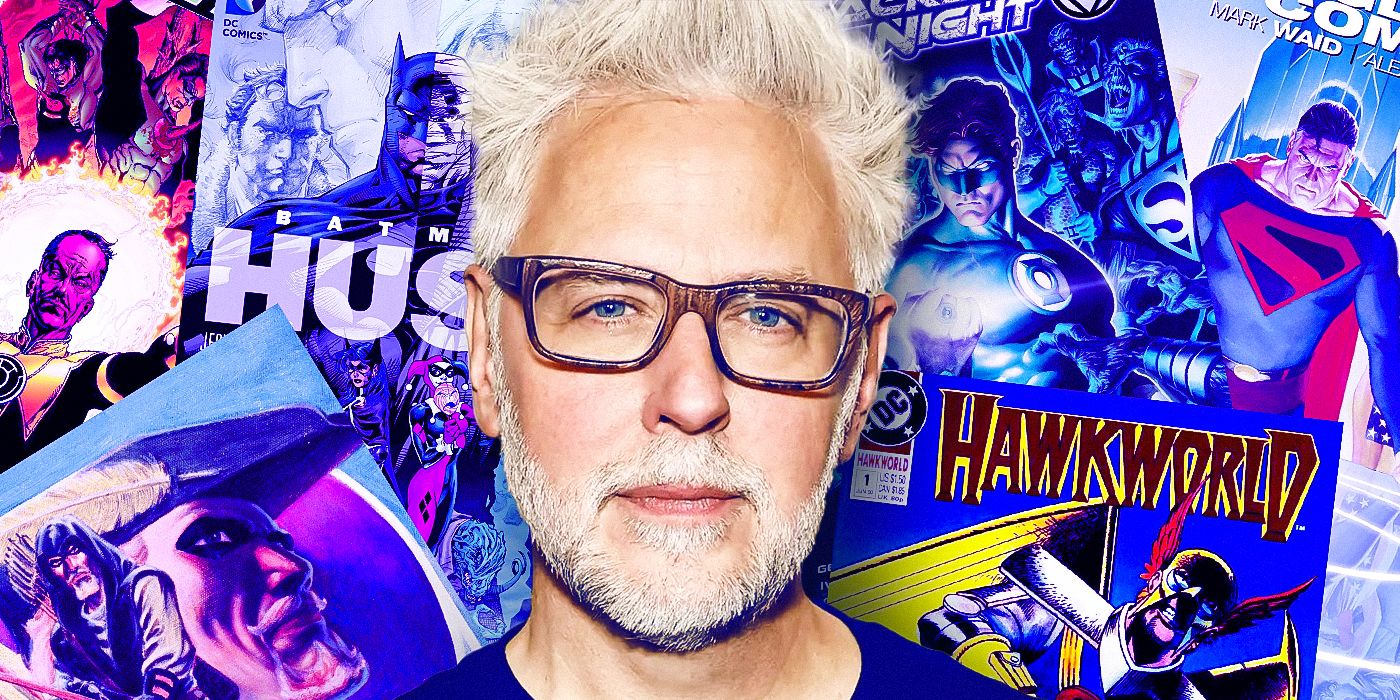 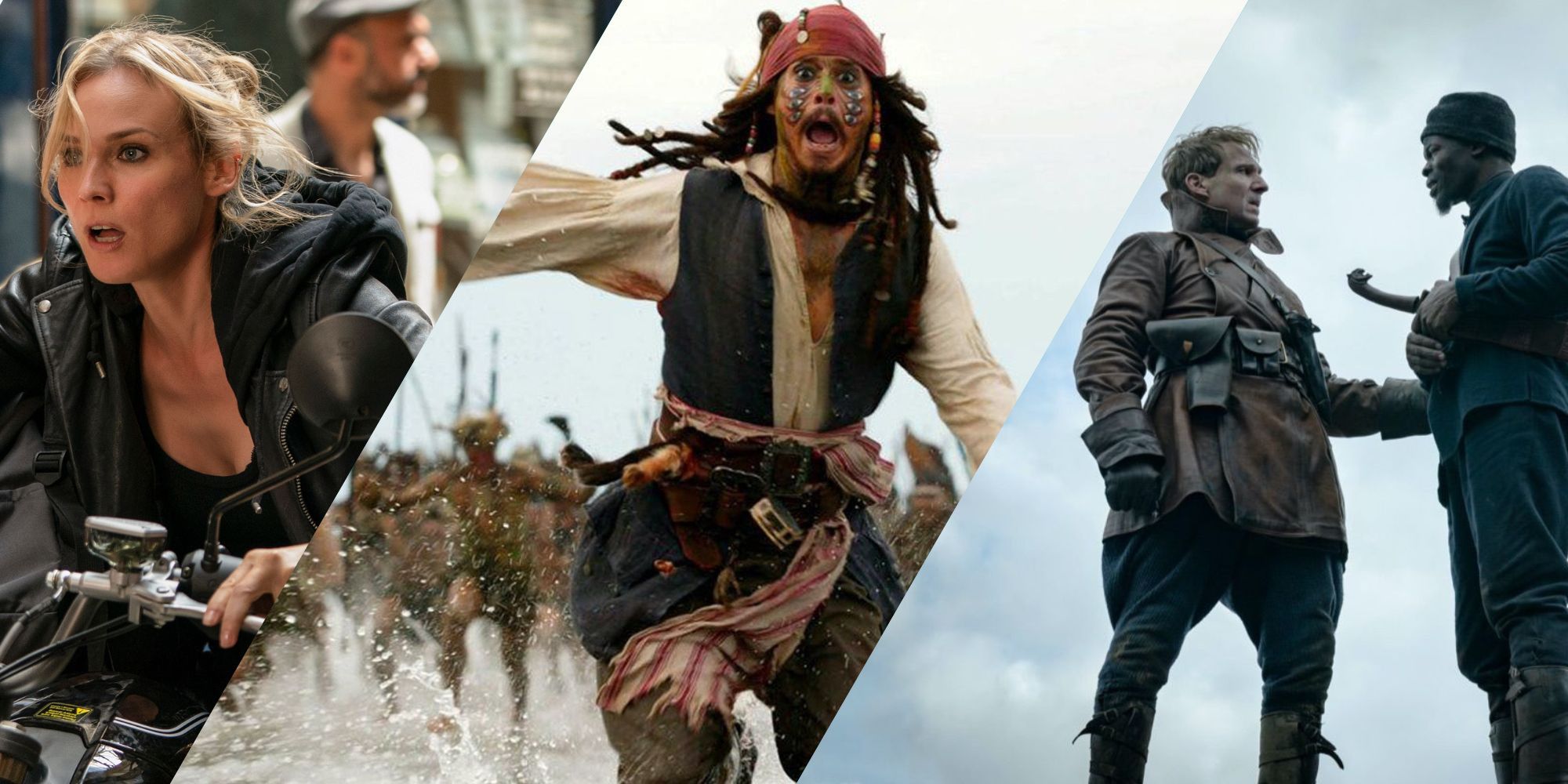