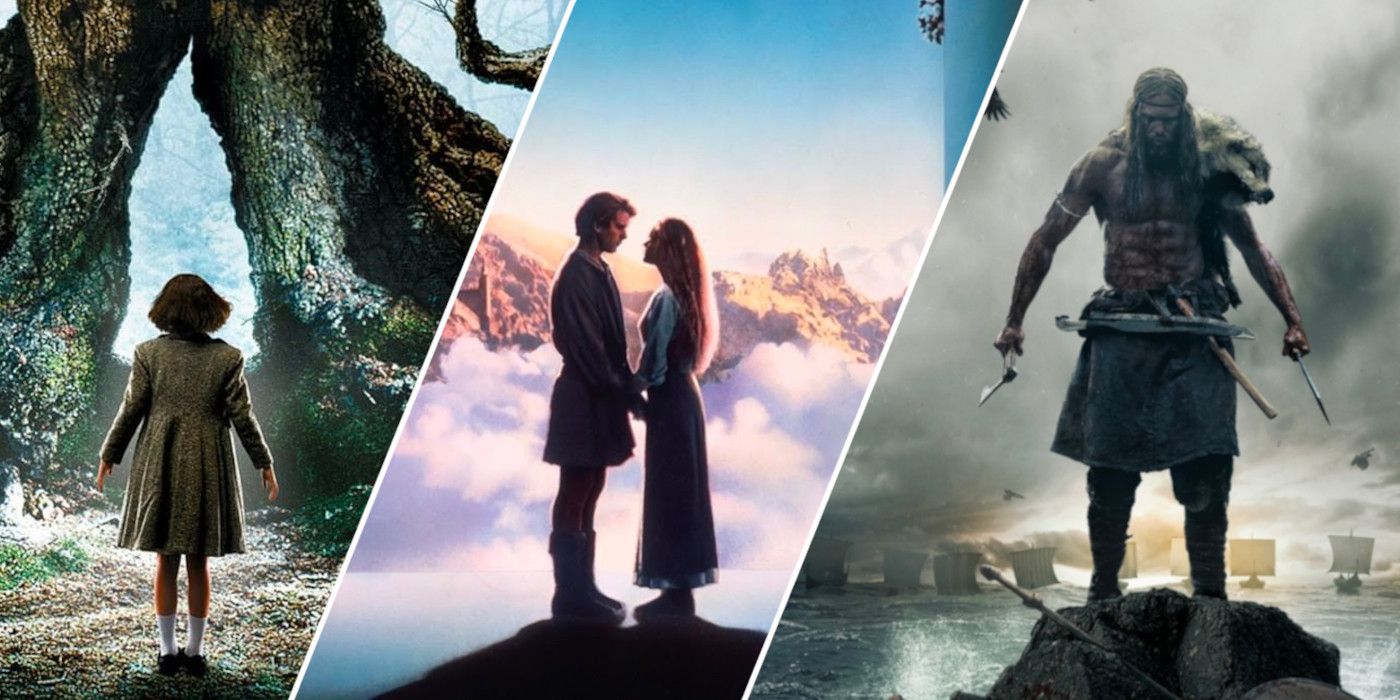 Some fantasy movies can be wrapped up in a single movie, sitting in the perfect spot between being successful and becoming a franchise-spawning box office boon. Multi-movie fantasy franchises have their fans, like Lord of the Rings, Harry Potter and Fantastic Beasts, with multi-arc sagas and a colorful cast of heroes and villains alike.

Others have obligatory sequels far inferior to the original. Excluding (most) Ghibli movies that have their own lists, these are fantasy movies that manage to tell their stories fully and completely in two hours or less, perfect for a night of casual viewing.

With highly anticipated potential standalone fantasy movies like Beau Is Afraid (April 21, 2023), Wonka (December 15, 2023) and Elemental (June 16, 2023), it’s clear that the interest in one-off films from the genre only continues to grow. Thankfully, there’s no shortage of the best one-off fantasy movies for viewers who don’t want to dive into an entire franchise or film series.

Audiences seem to either love or hate The Princess Bride. It’s a parody of the tropes and clichés of classic fantasy plots and super cheesy action scenes and music – featuring a script of quotable catchphrases, contests of wit and courage, dastardly villains, and a damsel in distress. The movie knows exactly what it is, practically winking at the audience through every frame.

Princess Bride also features one of the best side-plot revenge quests in movie history: Inigo Montoya’s (Mandy Patinkin) quest to find the six-fingered man who murdered his father. It’s a fun, feel-good fantasy camp that still has audiences quoting it and thankfully never received a sequel.

The Wizard of Oz is adapted from a library’s worth of novels and sequels, but the 1939 movie stood alone until 2013’s Oz: The Great and Powerful, a quasi-prequel to the original that debuted more than 70 years later. Oz’s classic story follows Dorothy (cite) dropped into the land of Oz, who accidentally kills one of the Munchkins’ greatest enemies.

With the Wicked Witch of the West out for revenge, Dorothy’s only way home is to follow the yellow-brick road to Emerald City. Along the way, Dorothy makes friends with the Cowardly Lion, Tin Man, and Scarecrow, each hoping to gain courage, a heart, and a brain, from the mysterious and powerful wizard at the heart of the city.

Stardust is, on its surface, a straightforward fantasy adventure filled with classic clichés and archetypes – Tristan (Charlie Cox), the archetypal ‘everyman’, wants to impress his vapid love interest with something no other suitor could gift her with: A fallen star. So, he goes on a quest into the magical otherworld, finds the ‘fallen star’ is actually a sentient person, and through various trials and tribulations, tries to get Yvaine (Claire Danes) back to England.

The story delves far beyond its premise, with unique McGuffins and magical spells, intelligent villains, and a three-way race between witches, the hero, and a dwindling line of squabbling princes all after Yvaine for their own reasons. And, to top it all off, Stardust has one of the healthiest romances in fantasy movies.

Available to stream on Pluto TV.

One of the greatest stop-motion movies, Coraline holds nothing back with its creepy imagery and terrifying villain. Coraline (Dakota Fanning) lives a boring life with inattentive parents who move her to the middle of nowhere, until she finds a secret doorway to what seems to be a paradise. Button-eyed versions of her parents and neighbors inhabit a vibrant world and attend to Coraline’s every wish.

Not all is as it seems, when the ‘Other Mother’ reveals her true motivations and Coraline races against the clock and Other Mother’s schemes to escape back home. With a handful of catchy musical numbers and one of the scariest villains in a kids’ movie, Coraline is a perfect fit for audiences looking for something spooky.

Zathura is, in many ways, Jumanji in space, both stories written by the same author. Where Jumanji has seen some shiny sequels, Zathura is its own complete story that exists in the same universe, and absolutely takes advantage of its sci-fi setting. Two brothers, Danny (Jonah Bobo) and Walter (Josh Hutcherson) start the titular game that takes their house to space.

On each turn, the brothers summon increasingly deadly threats until the game can be won, and the house turned back to normal. Featuring a hoard of aliens, a killer robot, and a mysterious astronaut, Zathura is a short, sweet science-fantasy adventure for fans of Jumanji and beyond.

For all Nightmare Before Christmas‘ endurance as a cult classic with a never-ending assembly line of merchandise for sale, it’s a wonder that the movie has no sequels (so far). Nightmare follows Jack Skellington, the hero of the land of Halloween who becomes disillusioned with doing the same scary schtick every year. When he finds a portal to Christmas town, Jack vows to bring Christmas to his town and put a dark twist on all the holiday cheer.

The movie’s iconic character designs and fantastic musical numbers help make it the cult classic it remains today. Despite its runtime being just over an hour, Nightmare packs in several catchy songs, a love story and some incredibly charismatic villains.

Guillermo del Toro’s Academy Award-winning dark fantasy film follows two wildly different and equally gripping stories. Set in Spain in 1944, young Ofelia (Ivana Baquero) and her mother are at odds with Ofelia’s stepfather, who hunts Spanish rebels with increasing brutality. Ofelia finds a portal to a Labyrinth, built by the king of the Underworld for his lost daughter. A faun (the titular Pan), believing Ofelia to be the king’s reincarnated daughter, sends Ofelia on a fantastical quest to return to the Underworld and become immortal.

Pan’s Labyrinth is famous for its practical effects and iconic costumes for the faun and characters like the Pale Man. Where many fantasy movies force their heroes to abandon the magical world they’ve found as with The Chronicles of Narnia, Pan’s Labyrinth is a well-done twist on some of fantasy’s classic tropes.

Adapted from the famous children’s book, Where the Wild Things Are is as straightforward a story as the book it comes from. The movie follows Max (Max Records), a rambunctious and destructive child with a vast imagination, who finds the land where the wild things are. Filled with massive monsters that want to eat him, Max convinces them to make him their king.

With no rules or reprimands, Max enjoys being the king of the wild things until homesickness sets in, and he leaves the land of the wild things behind. A nostalgia trip for audiences who grew up with the book, Where the Wild Things Are is a wonderfully simple, faithful adaptation.

Available to stream on Amazon Prime Video and Peacock.

Definitely not a kids’ animated movie for today’s audiences, The Last Unicorn is rife with frightening imagery and existentialist themes. The story follows the titular Unicorn who finds out she is the last of her kind and leaves the peace of her forest to discover what happened to the rest of her kin.

Along the way, the Unicorn meets a magically-challenged wizard, gets caught up in a roadside carnival of captured magical creatures, finds love with a prince, and confronts the terrifying villain Red Bull, who chased away all the unicorns. Without the pretty and stylized animation Disney fans have come to expect, The Last Unicorn pulls no punches by killing characters and scaring its viewers in the best way.

Though they share similar titles, 1986’s Labyrinth is a musical fantasy, featuring the talents of David Bowie and a cast of Jim Henson’s famous Muppets. Sarah (Jennifer Connelly) is entangled in the world of the Labyrinth after wishing her brother away to the clutches of the Goblin King (Bowie) in a fit of frustration. The King challenges Sarah to solve the massive maze, or else her brother becomes a Goblin forever.

Between Bowie and Connelly’s performances are Jim Henson’s Muppets, each with their own creative designs and personalities. Labyrinth, unfortunately, performed poorly at the box office, but it’s a collaboration like no other worthy of rediscovery.

Available to stream on Showtime.

David Lowery‘s fantasy film The Green Knight is based on the medieval poem “Sir Gawain and the Green Knight.” Dev Patel plays Sir Gawain, a knight of King Arthur’s Round Table on a mission to locate the Green Knight. Soon, fate, violence and romance overlap on his treacherous journey to find the mysterious figure.

The film’s aesthetic and atmosphere, as well as its investigation of themes of chivalry and salvation, made it an instant classic. By effectively modernizing the medieval story, the film provides a unique philosophical take on the Arthurian legend.

Makoto Shinkai wrote and directed the Japanese animated romantic fantasy film Your Name (Kimi no Na wa). The film is about a high school girl from rural Japan and a high school student from Tokyo who learn they can swap bodies. What follows is a thrilling trip full of jaw-dropping twists and tear-jerking turns.

The stunning animation and incredible storytelling in the movie perfectly reflect its themes of love and destiny. The film also has meaningful imagery and symbolism, as well as aspects of Japanese culture and mythology. It has an extraordinary ability to emotionally connect with audiences, as it’s impossible not to feel invested in the main characters’ romance.

Midnight in Paris is a romantic fantasy comedy-drama film written and directed by Woody Allen. The movie follows a jaded writer (played by Owen Wilson) who is transported to 1920s Paris, where he encounters and connects with some of the era’s most prominent artists and authors.

The film delves into nostalgia, art and the passing of time through the protagonist’s journey. It has a playful and memorable atmosphere, and it has the potential to create nostalgia for a time and place that many audiences have never known. Its clever use of the fantasy aspect of time travel to explore the universal longing for a more poetic and romanticized past is something that viewers can relate to.

Available to stream on Starz.

The Red Turtle is a Michael Dudok de Wit-directed animated fantasy film about a man stranded on an isolated island where he meets a big red turtle. The movie’s narrative is delivered entirely through images and music, with no spoken dialogue.

The animation, plot and emotional effect of the film are typical of Studio Ghibli’s best works. Its examination of topics like solitude, mortality and the human relationship with nature is both profound and intimate. It uses animation and music to express emotion and tell a gripping tale, creating a sense of amazement that will stay with viewers long after they’ve seen the poignant film.

Alexander Skarsgård stars as Prince Amleth in director Robert Eggers‘ epic historical film, The Northman. Based on the legend of Amleth, the movie depicts Amleth’s prolonged quest for revenge after the brutal murder of his father by his uncle, who also kidnaps his mother. Along the way, Amleth repeats the same mantra over and over: “I will avenge you, father. I will save you, mother. I will kill you, Fjolnir!”

A captivating Shakespearean epic from start to finish, audiences won’t be able to take their eyes off their screens as Amleth’s journey becomes increasingly complicated. Its stunning visuals, shocking twists and stellar performances from its powerhouse case have ensured it will go down in cinematic history as one of the greats of this decade.

NEXT: The Coolest Movie Fantasy Worlds Everyone Wants to Visit 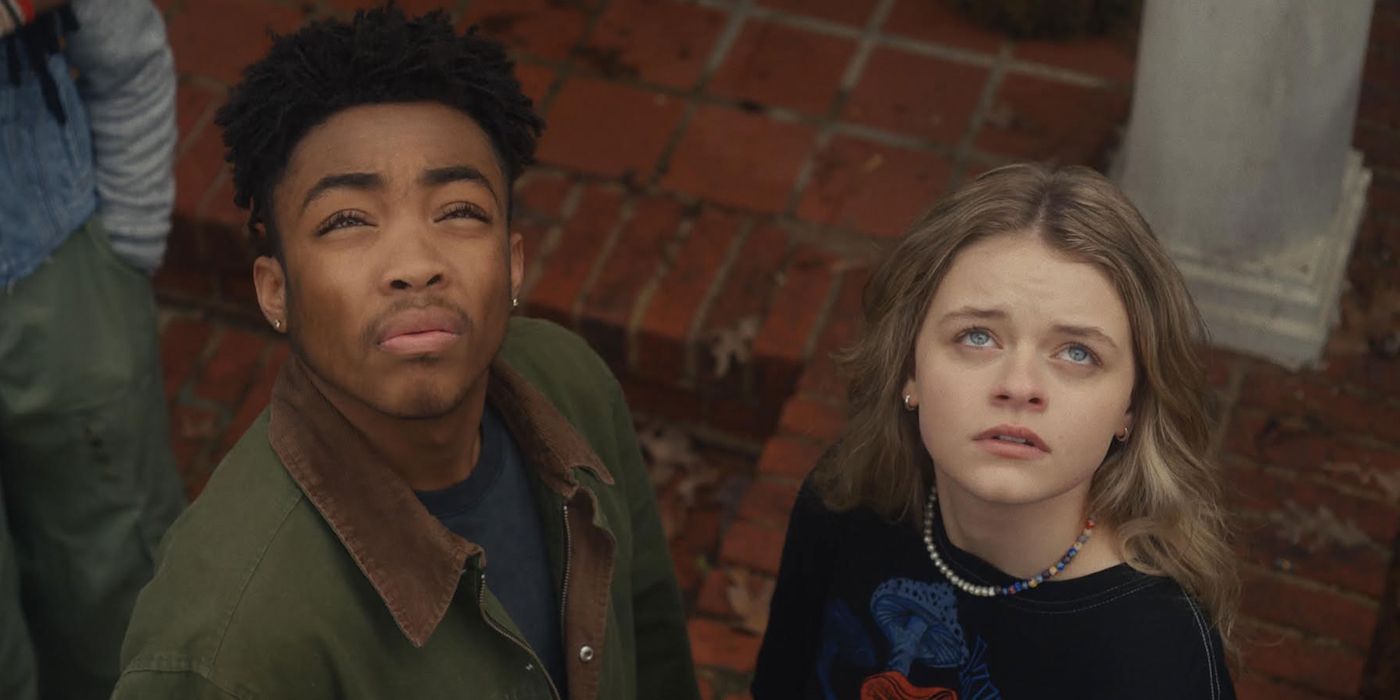 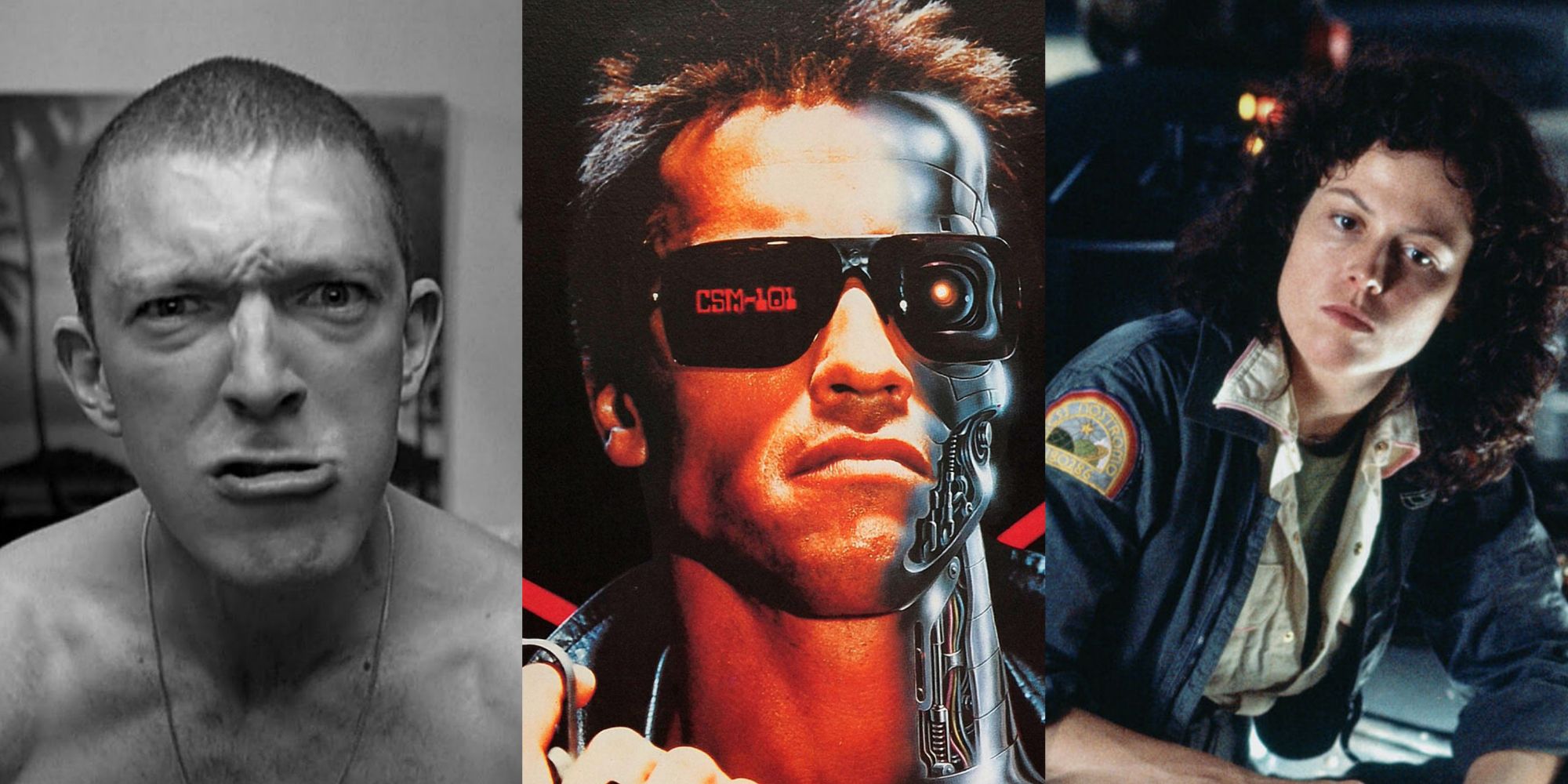 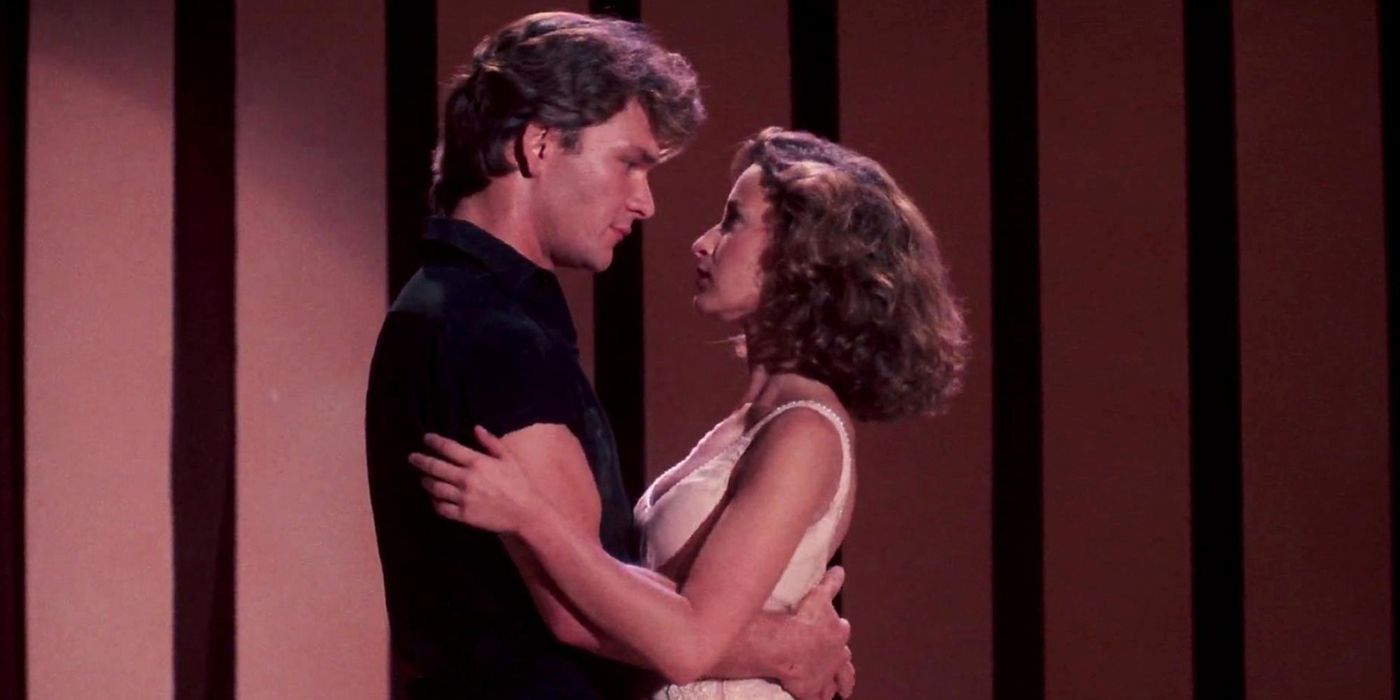 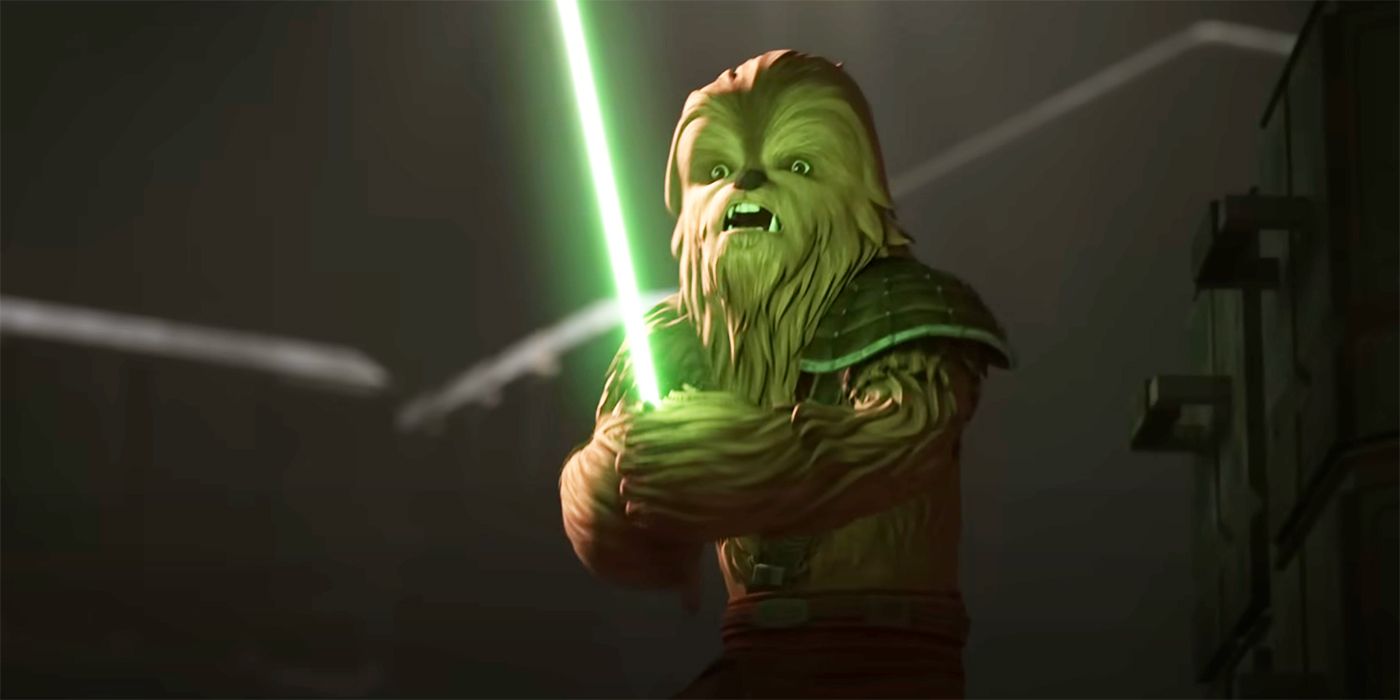 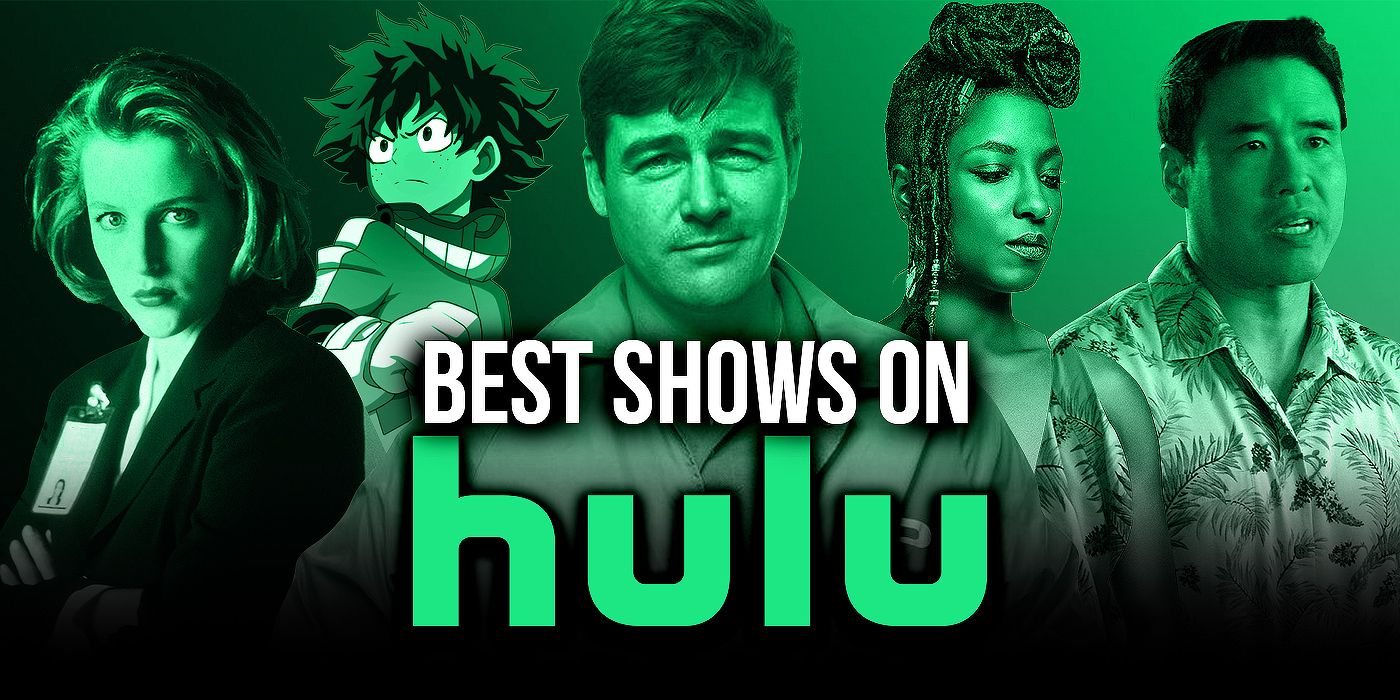 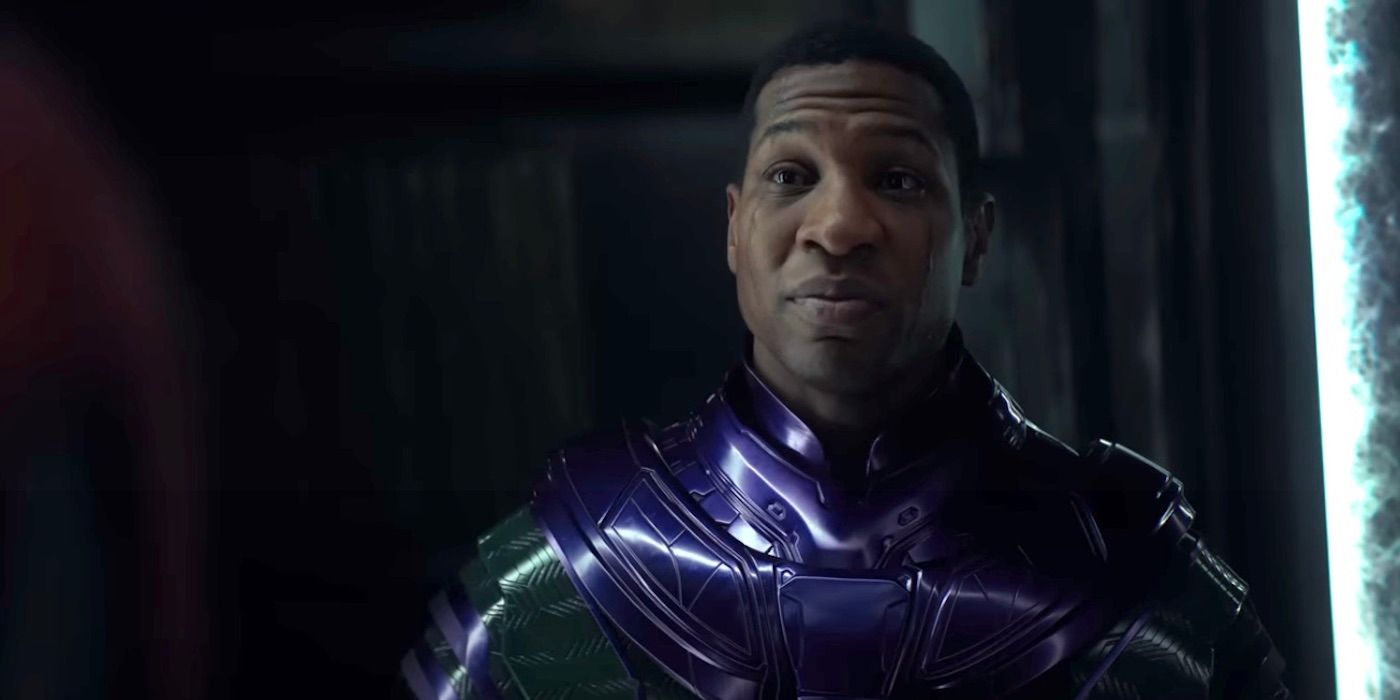