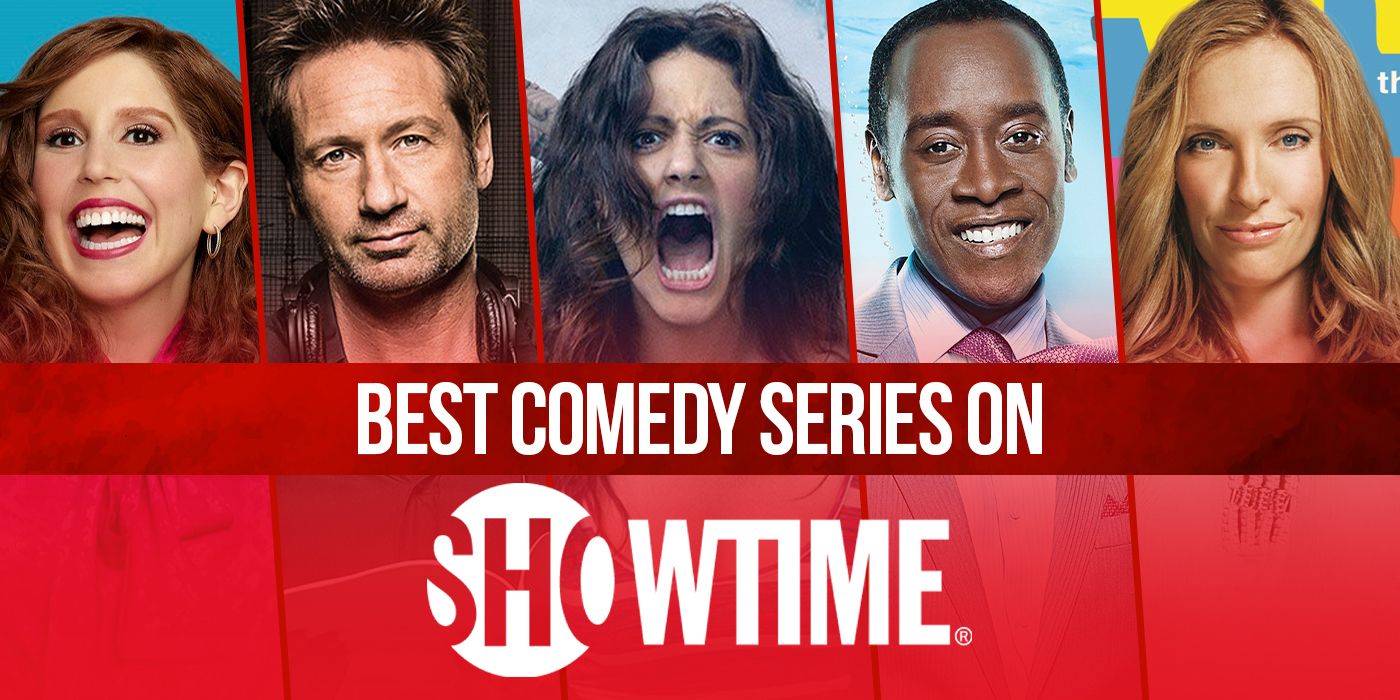 If you are looking forward to lightening your day with a much-needed dose of guffaws and chuckles, Showtime boasts a great library consisting of wide-ranging comedy shows that will cater to all of your jovial needs. Here you’ll find a whole lot of shows that are guaranteed to put a smile on your face, no matter what kind of comedic relief you are looking for. From classics to more recent fare, the premium television network has something in the bag for everyone. And that’s why we’ve picked out the best comedy shows from Showtime’s massive library.

So make yourself comfortable and take a break from your busy schedule to enjoy a laugh or two watching these hilarious series.

I Love That For You is a hilarious comedy on Showtime that takes inspiration from true events. SNL alum Vanessa Bayer co-created the series and plays the role of childhood leukemia survivor Joanna Gold, who chases her lifelong dream of becoming an on-air presenter for a home shopping network. She moves away from her parents to start a new life, make new friends, find love, and follow in her idol’s footsteps, who happens to be the charismatic star of the network Jackie Stilton, played by another SNL vet Molly Shannon. However, her life takes a turn for the worse when she tells a white lie to her boss, Patricia (Jennifer Lewis), which snowballs into messy and hilarious situations. I Love That For You takes you by surprise with a relatively mundane-sounding plot, and keeps you hooked till the end of every episode.

One of the most popular family dramedies on Showtime, Shameless is an adaptation of Paul Abbott‘s British series of the same name. Shameless tells the story of the Gallagher family. Frank Gallagher (William H. Macy) is a deadbeat alcoholic and drug addict who is a horrible father to his six kids. The eldest of his kids, Fiona, played by Emmy Rossum, grows up taking care of the rest of her siblings like a mother, trying to keep them out of trouble, The siblings do everything they can to survive, often getting into hilarious situations. The show doesn’t shy away from depicting issues like mental illness and economic inequality, resulting in an intriguing storyline that makes the show even more relatable.

Californication is everything that you want to do after a long day at work, especially after feeling stuck at something for a really long time. The show’s protagonist, renowned novelist Hank Moody (David Duchovny) moves to Los Angeles to do just that. And find inspiration for his work, of course. He tries everything to keep his mind off things like sex, booze, and drugs that not only make things worse for his job but also ruin his relationship with his wife and daughter. The show is filled with humorous twists and turns as Hank tries to keep it together, juggling his new obsession with parties, his job, and his family, all on a single plate – offering you a healthy dose of laughter.

Based on the book House of Lies: How Management Consultants Steal Your Watch and Then Tell You the Time, written by Martin Kihn, House of Lies shows you the ugly side of corporate America in the most hilarious way. Starring Don Cheadle as Marty Kaan, an immoral, confident, and charming management consultant who plays every trick in the book to lure in CEOs with cash to spend and make a deal. He is followed by a team of selfish money-obsessed people who know how to take advantage of the rampant corruption in the corporate sector. House of Lies is a brilliant satire at its core, breaking the fourth wall occasionally to involve the audience in situational humor.

Set in a time leading up to the global market crash of 1987, also known as Black Monday, the dark comedy (also starring Don Cheadle) takes you back to the 80s when the stock market was on an all-time high right before the depression set in. Cheadle’s character, Maurice “Mo” Monroe, is a stockbroker who attempts to work out a shady deal to buy out a rising company. He forms a team with a group of outsiders to take on the blue-blooded, old-boys club of Wall Street and ends up crashing the world’s largest financial system. If you are looking for laughs reminiscent of the classic ’80s and ’90s style, Black Monday deserves a space on your list.

Kidding is one of those dramedies that put a smile across your face while also making you shed a tear or two with its intense and underlying sad storyline. Jim Carrey plays Jeff Piccirillo, otherwise known as Jeff Pickles or Mr. Pickles, a character clearly modeled after Fred Rogers, a.k.a. Mister Rogers, who hosted the show Mister Rogers’ Neighborhood for over 30 years. Carrey’s character has the same kind of caring and feel-good vibe whenever he is with children on-screen, just like Mister Rogers, however, he is dealing with a personal tragedy. The series was praised for Jim Carrey’s amazing portrayal of Mr. Pickles, and for dealing with issues such as identity crisis and mental health.

Back to Life perfectly encapsulates how prison inmates, after spending a really long time in enclosures, find it difficult to go back to society. Daisy Haggard, who also co-created and co-wrote the series with Laura Solon, plays the role of Miri Matteson, a woman who returns home to her small town of Hythe, Kent after serving an 18-year prison sentence for murder. Haggard perfectly blends humor with a hidden depression into her character, as she battles obvious preconceived notions about her while still trying to maintain a smiling face. Back to Life keeps you in the dark as to what exactly happened so long ago that landed her in prison until the end of the first season, but there’s plenty to keep you entertained until that reveal, with its spot-on humor despite the sad story.

Based on an idea by Steven Spielberg, The United States of Tara is a funny take on dissociative identity disorder (DID). Created by Diablo Cody, the writer of Juno and Jennifer’s Body, the show explores several distinct personalities of the title character Tara Gregson, played by Toni Collette. Tara is an everywoman with a loving husband and two kids who also happens to suffer from DID and at the beginning of the series, with the approval of her therapist, she decides to get off of her meds. This results in her various personalities taking hold and manifesting themselves hilariously, often complicating her life even more than it already is.

On Becoming a God in Central Florida is a dark comedy that answers an ethical question – what happens when you become the very thing that you hated? Starring Kirsten Dunst as Krystal Stubbs, a minimum-wage employee at a water park, the series is set in the early 1990s when cult activities were on the rise in America. Krystal’s family was torn apart by one such cultish company, Founders American Merchandise (FAM), and she intends to force herself in and take it down from the inside. However, once she gets in, she discovers she has an innate capability of scamming people, and the people she initially vows to take down soon become her competition.

The Comedy Store is a docuseries that takes you behind the scenes of popular comedy shows and stand-ups. The show reveals the evolution of comedy and the tragic history created at iconic L.A. club The Comedy Store, which over the past 47 years has launched the careers of a breathtaking array of stars. The five-part documentary series takes you through the lives of various comedy legends, that includes Jim Carrey, Bill Burr, Joe Rogan, Whitney Cummings, and many more, as Mike Binder interviews them, discussing their humble beginnings and their rise to the top. Binder, being a Comedy Store alum himself, spotlights one of pop culture’s great laboratories with never-before-seen footage and incisive, emotional interviews with some of the biggest names in comedy.

Work in Progress identifies with every single person out there. We all have insecurities that we hide from the outside world and this show teaches you that you aren’t as broken as you think you are. The series stars Abby McEnany in a semi-autobiographical role, who enters into a transformative relationship with Chris (Theo Germaine), a 22-year-old trans man and a barista, during a time of crisis. Abby is a 45-year-old self-identifying “fat, queer dyke” who lives with depression and obsessive-compulsive disorder. She goes through a series of uncomfortable and hilarious situations trying to fit in, hiding the insecurities that often get the best of her.

A political satire at its core, Who Is America is a collection of seven different takes on American patriotism. Created and headlined by Sacha Baron Cohen, the actor takes on seven hilarious identities who explain and show what it means to be an American in their own hysterical ways. The characters he plays range from a liberal lecturer to a Finnish YouTuber with an unboxing show, all exhibiting Cohen’s brilliance in portraying wide-ranging roles. Through the use of comedy and satire, the show hits home at some of the core American values that have been questioned before and their validity in accordance with modern times.

If talk shows are your thing, The Green Room with Paul Provenza should definitely be up on your watchlist. Paul Provenza and his panel of fellow comedians gather to talk about a wide variety of provocative subjects that people are generally uncomfortable about. Provenza’s panel consisted of some of the biggest names in comedy, including Drew Carey, Robert Klein, Sandra Bernhard, Roseanne Barr, Jonathan Winters, Eddie Izzard, and more. Using a roundtable setting and filmed before a live studio audience, the show didn’t consider any subject a taboo, even the comments were unfiltered, causing you to laugh uncontrollably at the discomfort of the guests who were invited.

Fans of stand-up comedy all over the world are quite familiar with the name Romesh Ranganathan. What happens when one of the most popular stand-up acts in the UK uproots his entire family and comes to the US to settle down? The show takes you into the everyday life of Ranganathan, and his funny interactions with his family, especially his mother, who is through and through Sri Lankan. Ranganathan seeks to build his career in Los Angeles from scratch, booking himself a daring gig in which he needs to sell out a 6,000-seat theater in just three months, but things don’t always go his way, in the most hilarious ways you can imagine.

HAPPYish is a satire that reflects the difference in ideologies that exist due to a generation gap. Thom Payne (Steve Coogan) used to be a successful ad exec with a cabinet full of trophies, a loving family, a beautiful house, and no shortage of high-profile clients. However, he fails to adapt to the changing technology and feels it deeply when his new boss, a wunderkind currently in his mid-20s, begins to implement changes that make Thom feel inadequate. His 50-year-old supervisor encourages him to embrace the changes and move forward, however, he is not too happy about it, fearing he might never be truly satisfied with the kind of person he will become. It’s an intriguing dramedy with some stellar performances that you absolutely must watch. 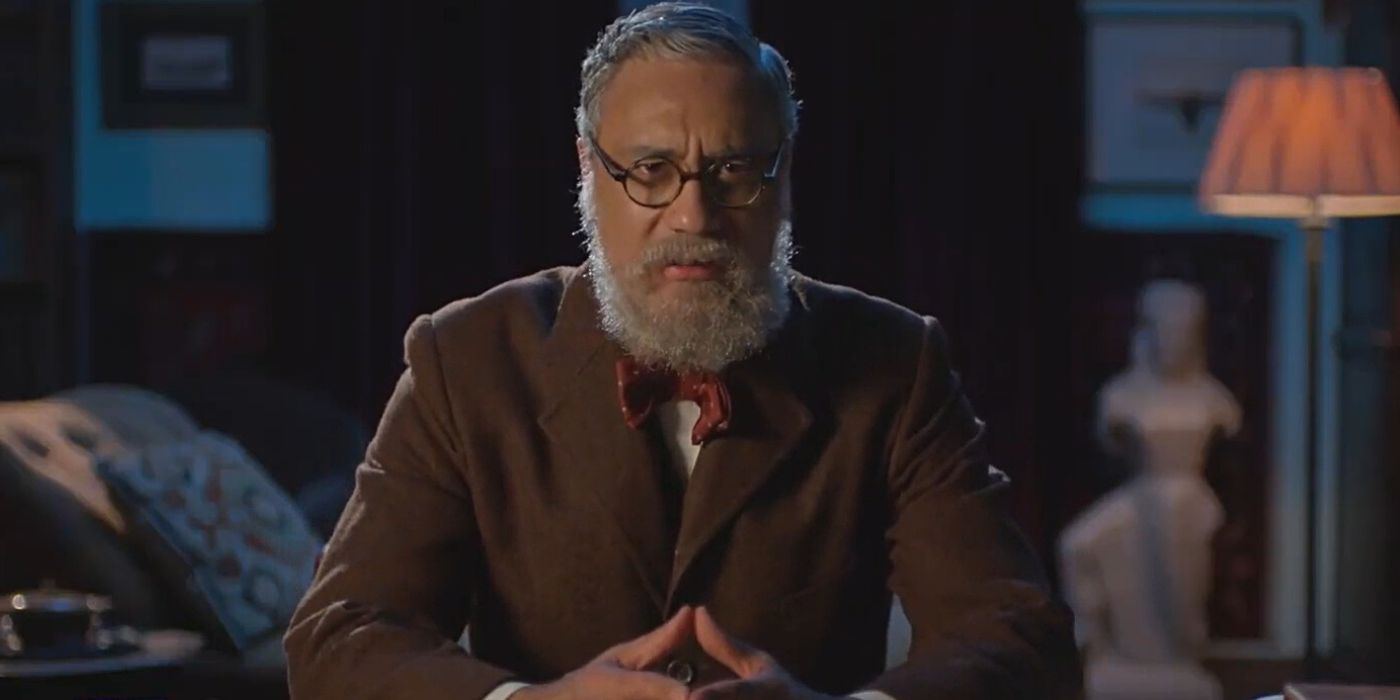 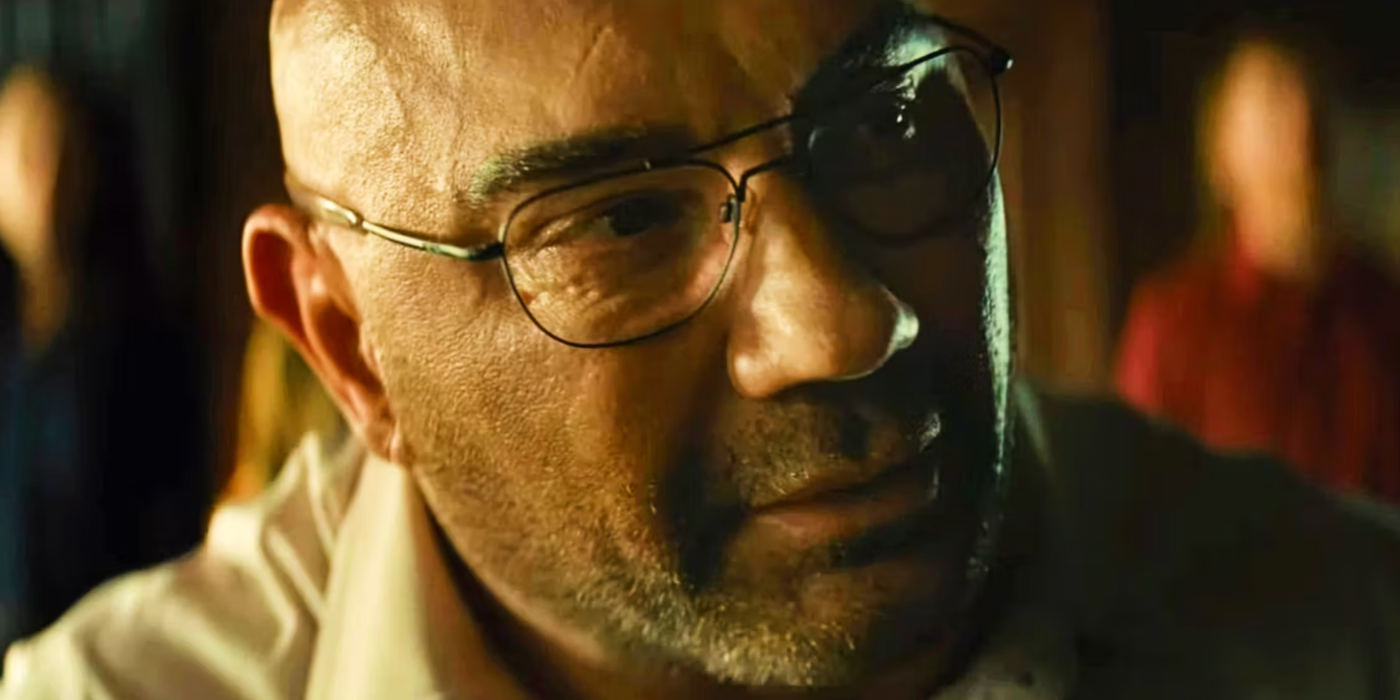 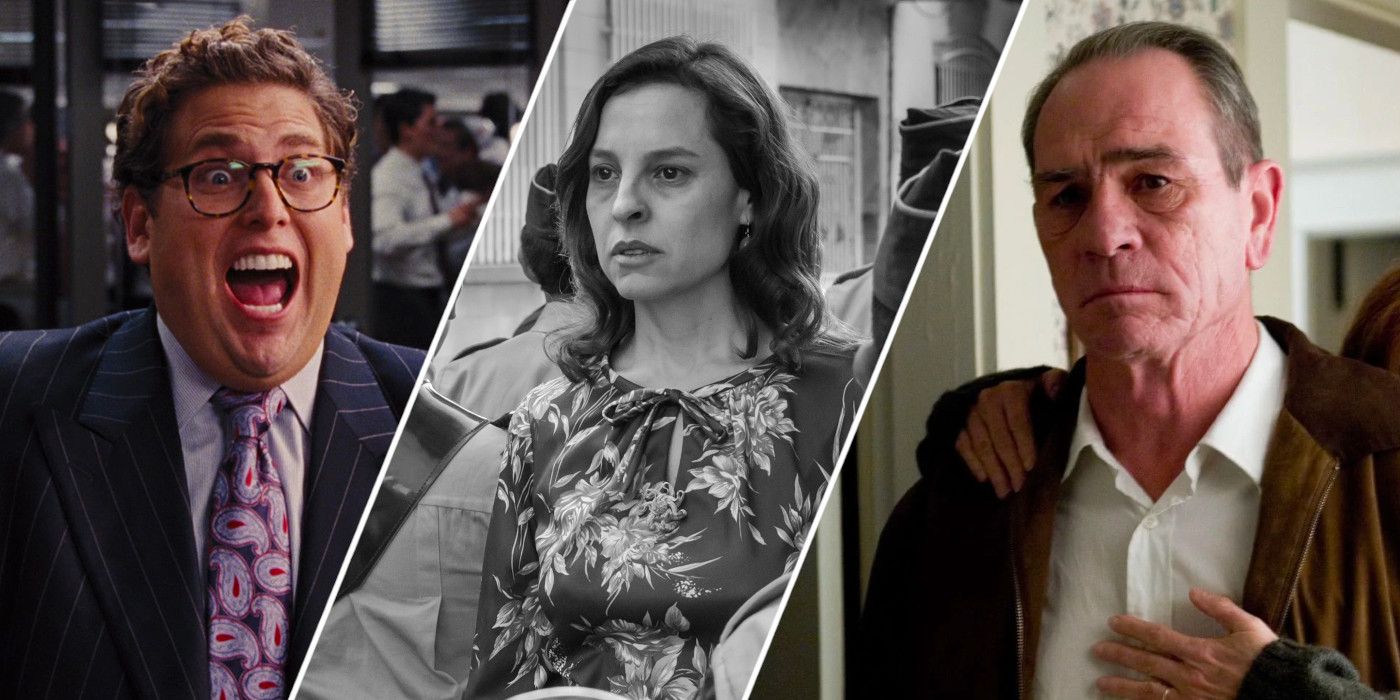 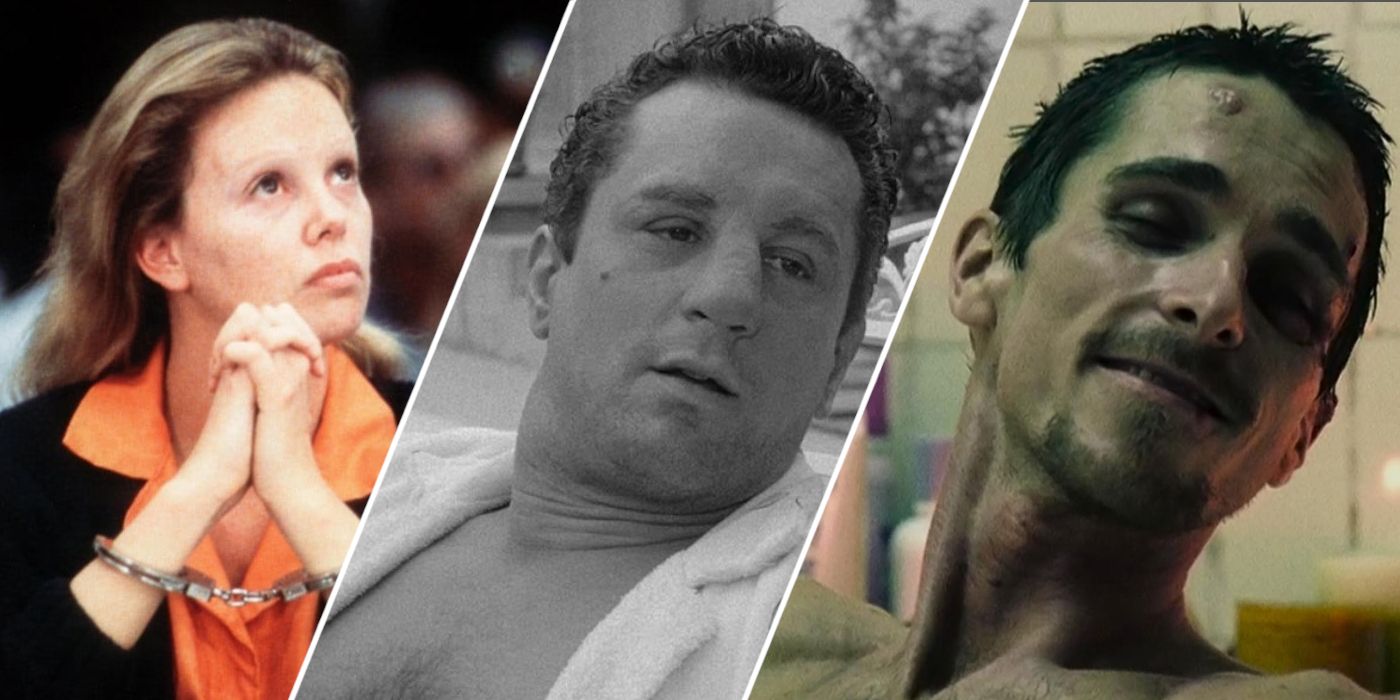 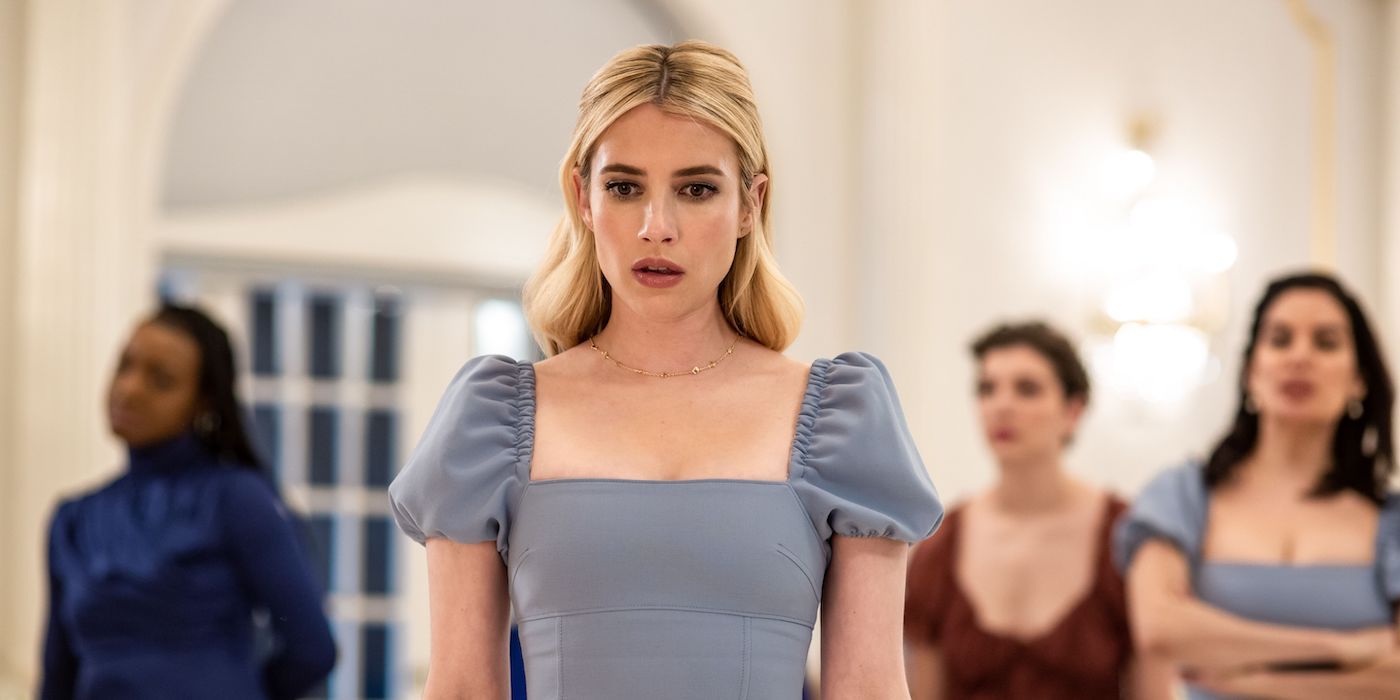 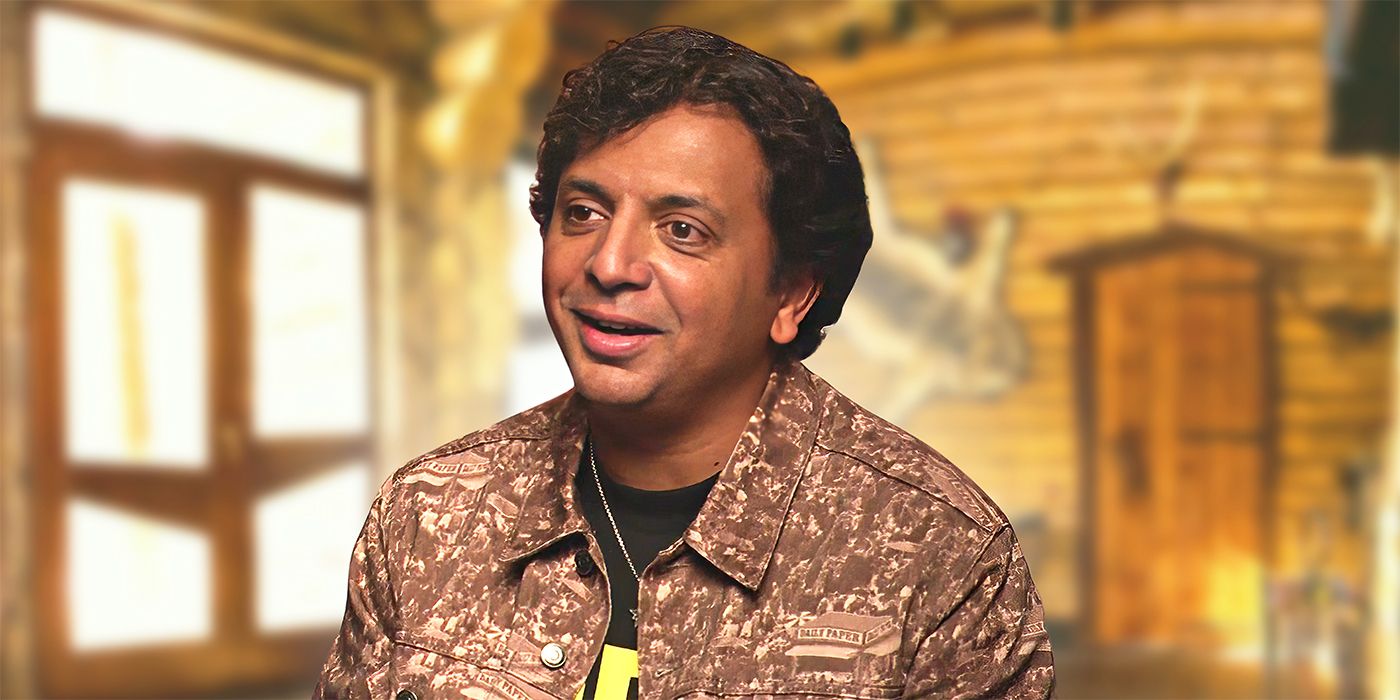