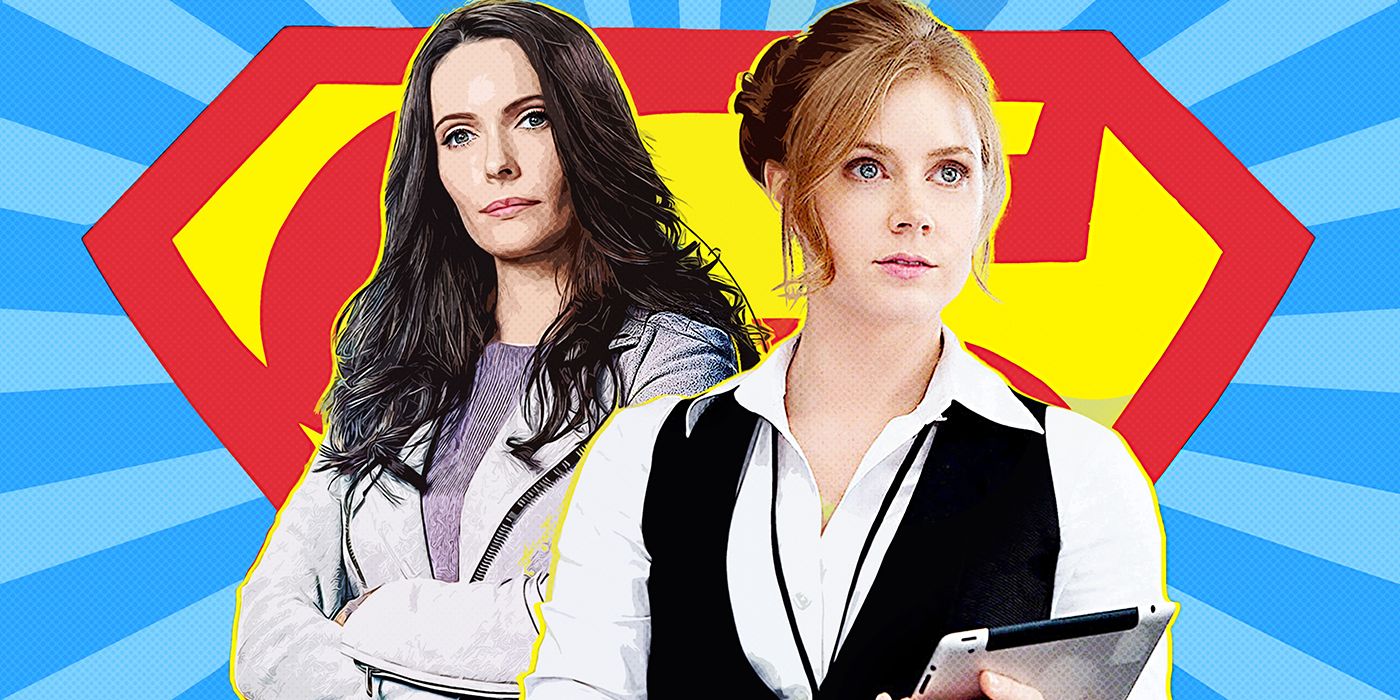 In 1938, the world forever changed with the debut of Superman in Action Comics #1. Created by writer Jerry Siegel and artist Joe Shuster, this DC Comics superhero would go on to revolutionize not just comic books, but pop culture as a whole. Alongside him in that very first appearance was Lois Lane, a reporter at the fictional Daily Planet newspaper who worked with Superman’s alter-ego Clark Kent. Starting out as professional rivals, the two soon became love interests, and for almost 90 years wherever Superman has appeared, so has Lois—including in film and television. We’ve gotten varying interpretations of the character on both the big and small screen, in live-action and animation; and while some have been stellar, some have been, dare we say it, less than super.

The Man of Steel’s first return to the big screen since 1987’s dismal Superman IV: The Quest for Peace, this Bryan Singer film was highly anticipated—the director had left the X-Men franchise to helm it, and there were hopes of launching an entirely new series of films. Following the original film’s choice to cast a relative unknown in the title role, Brandon Routh stepped into Christopher Reeve‘s sizable shoes, and Kate Bosworth was cast as Lois. While not a terrible, if somewhat melancholic relaunch of the property, Bosworth’s Lois isn’t given much to do, and she’s saddled with a forgettable fiancé (James Marsden) and a sickly child (Tristan Lake Leabu) who we later learn is actually Superman’s. Her chemistry with Routh (not exactly setting the screen ablaze either) is virtually nonexistent, and she comes off cold, stiff, and awkward. Among her peers, Bosworth’s performance is definitely the least of the Loises.

While Noel Neill was the second actress to play Lois Lane on the stalwart 1950s television show starring George Reeves, she was the first to ever portray the character in a live-action adaptation, 1948’s 15-part movie serial Superman alongside Kirk Allyn. When she took over for original series co-star Phyllis Coates, she reinterpreted Lois as a sweeter, gentler character that fit in well with the series’ overall tone shift into more kid-friendly territory. Although Neill played demure well, she lacked the grit, nerve, and determination that are central to the character, diminishing her effectiveness as a foil to her super-powered colleague. Neill would later appear in various other productions featuring DC’s mightiest hero: She had a cameo in 1978’s Superman as Lois’s mother Ella Lane (a tradition that future Lois actresses would also follow), appeared in an episode of the late 80s-early 90s television show Superboy, and played Gertrude Vanderworth, the dying elderly wife of Lex Luthor in Superman Returns. Fun fact: Neill was the inspiration for the Lois Lane statue on display in Metropolis, Illinois!

The most recent version of Lois seen in theaters, Amy Adams‘ portrayal of the intrepid Daily Planet reporter is a mixed bag. While in Man of Steel she’s a more than capable, independent, and critically-thinking modern journalist whose intelligence leads her to almost immediately see through Superman’s (Henry Cavill) Clark Kent disguise, her presence over the course of her DCEU tenure steadily decreases. In Batman v Superman: Dawn of Justice, a convoluted and confusing script does her no favors (though it’s nice to see she’s unafraid to go toe-to-toe with Ben Affleck‘s Batman), and in Justice League she’s no more than a glorified deus ex machina sent to snap a resurrected Supes out of a rampage. While she’s given a bit more agency in Zack Snyder’s Justice League, the eight-part director’s cut exclusive to HBO Max, it’s a case of too little, too late—a shame, because Adams has proven throughout her career that she’s able to do so much more.

First appearing as Lois alongside series co-star George Reeves in 1948’s Superman and the Mole Men, Phyllis Coates interpreted Lois Lane as a fiery, feisty reporter with a strong will who’d let nothing stop her from getting a story. She’d constantly try to outscoop Clark Kent, proving a fun antidote to the oft-domesticated portrayal of women in 1950s television. Notable for the time, Reeves insisted that Coates receive equal billing to him on the series. When it came time to shoot the second season, Coates had made other commitments and was unable to return, leading to Noel Neill stepping into the role. Coates would remain a busy, working actress throughout the 50s and 60s. In 1993, she returned to the world of DC when she guest starred in Lois & Clark: The New Adventures of Superman as Ella Lane, Lois’s mother. At 95, she is the oldest-living actress to have portrayed Lois onscreen.

Debuting in the 2018 “Elseworlds” Arrowverse crossover event (featuring the ensembles of CW shows The Flash, Green Arrow, Legends of Tomorrow and Supergirl), Elizabeth Tulloch‘s Lois is frank, uncompromising, and a hard-nosed investigator. Married to Superman/Clark (Tyler Hoechlin), she is also mother to twins Jonathan and Jordan (Jordan Elsass and Alex Garfin, respectively; Elsass recently announced he would be leaving the show, with Michael Bishop taking over the role for Season 3). Tulloch has played Lois across a variety of universes and dimensions, including one where she’s married to another man, John Henry Irons (Wolé Parks), and one where she’s a “Bizarro” Lois who’s largely deformed. She’s plumbed the depths of not just drive and ambition, but emotional vulnerability as well. While she’s played Lois since 2018, Tulloch has only regularly appeared since Superman & Lois premiered in 2021, so there’s room for continued growth and development.

The first Lois following the demise of the Superman film series, Teri Hatcher was stepping into a role that had been defined for a generation by Margot Kidder, and thus had the weight of high expectations on her shoulders. Any doubts, however, were quashed upon the series’ debut, which saw Hatcher receive raves for her take on the character. Her Lois was sultrier and more flirtatious than any before her, unafraid to use her feminine wiles to get what she had her sights set on, whether that was beating Clark Kent (Dean Cain) to a story or dreaming of a date with Superman. Hatcher’s comic sensibilities melded well with her flair for the dramatic—a skill she’d later hone on Desperate Housewives. The famous photo of Hatcher wearing nothing but Superman’s cape broke the internet in the mid-90s, and she came to define the role of Lois for an entirely new wave of fans. She would return to the Superman mythos twice—first as Ella Lane, mother of Lois in a season 10 episode of Smallville, then in the second season of Supergirl on the CW playing Queen Rhea of Daxam, an antagonist to Kara Danvers (series star Melissa Benoist).

While not the first version of the character to appear in animation, Dana Delany brought spark and verve to Lois in this mid-90s television series, greenlit after the success of Batman: The Animated Series. Paired with Tim Daly as Superman/Clark Kent, Delany took everything the erstwhile hero had to offer and threw it right back at him. With the wit of Rosalind Russell in His Girl Friday and a feminine form given life by series creator Bruce Timm, this Lois didn’t hesitate to clap back at anyone who got in her way, whether that was editor Perry White, perennial series villain Lex Luthor, or even Bruce Wayne/Batman himself. Her constant teasing of Kent, who she repeatedly calls, “Smallville,” has carried over into subsequent interpretations of the character. At first begrudgingly accepting him as a fellow reporter, Lois grows to respect Clark and eventually the two start dating by the end of the series. Delany would reprise her role for the Justice League and Justice League Unlimited series, as well as in The Batman animated series and the direct-to-video DC animated film Justice League: The Flashpoint Paradox.

A virtual unknown upon her casting in Smallville, Erica Durance made a splash as Lois in the Season 4 premiere, nearly running over a temporarily memory-wiped (and naked) Clark Kent (Tom Welling). Billed as a featured guest star for the remainder of the season, her popularity with viewers and critics alike catapulted her to series regular status by the following year. First arriving to investigate the supposed death of her cousin Chloe Sullivan (Allison Mack), Lois stuck around, a continual thorn in Clark’s side at the beginning of their friendship, serving as the bombastic counterpart to Kristin Kreuk‘s more subdued and gentle Lana Lang. After Kreuk’s departure at the end of Season 7, the writers moved Lois into prime position as Clark’s eventual girlfriend, having previously dated Oliver Queen (Justin Hartley). By series end, the two find themselves in a strong, committed relationship; though their first attempt at a wedding is interrupted by antagonists, the final minutes of the series finale sees them setting a date later that night. Durance received two Saturn Award nominations for her work on the show—she’s funny, charming, unfailingly curious, and doggedly determined to get her way. She manages to steal nearly every scene she’s in—no small feat in a series that sees greatness from series regulars like Michael Rosenbaum, John Glover, and Annette O’Toole. Durance would later reprise the role (alongside Welling’s Clark) during the “Crisis on Infinite Earths” Arrowverse crossover event. Additionally, she appeared on 10 episodes of Supergirl as Alura, the title character’s mother, replacing originator Laura Benanti.

Was there really any other choice for number one? For millions of people, Kidder simply IS Lois Lane. Her fearlessness, passion, and beauty combined with her clumsiness and inability to spell correctly endeared her to generations of filmgoers, not just Superman fans. Kidder beat out over 100 other actresses for the role, including names such as Anne Archer, Lesley Ann Warren, and Stockard Channing. Her iconic first encounter with Superman (Christopher Reeve), a helicopter rescue, remains one of cinema’s great quotable moments (“You’ve got me? Who’s got you?”), and her dreamy flying date with the Man of Steel has been immortalized as a POP Vinyl Figure. Her accidental death near the end of the first film destroys Superman so emotionally that he literally turns back time in order to rescue her. Superman II, the 1980 sequel, was plagued by behind-the-scenes drama, which saw original Richard Donner fired and replaced with Richard Lester, leading to multiple continuity errors blatantly visible on film. In 2006, the “Donner Cut” of the film was released on DVD after a decades-long campaign by fans and creatives themselves. Kidder saw her role greatly reduced for the third film—reportedly due to conflicts with Ilya Salkind, the film’s producer—but would return for the fourth film, 1987’s Superman IV: The Quest for Peace, largely regarded as one of the worst films ever made. Kidder would later return to the DC universe in two episodes of Smallville portraying Dr. Bridgette Crosby, and passed away in 2018. 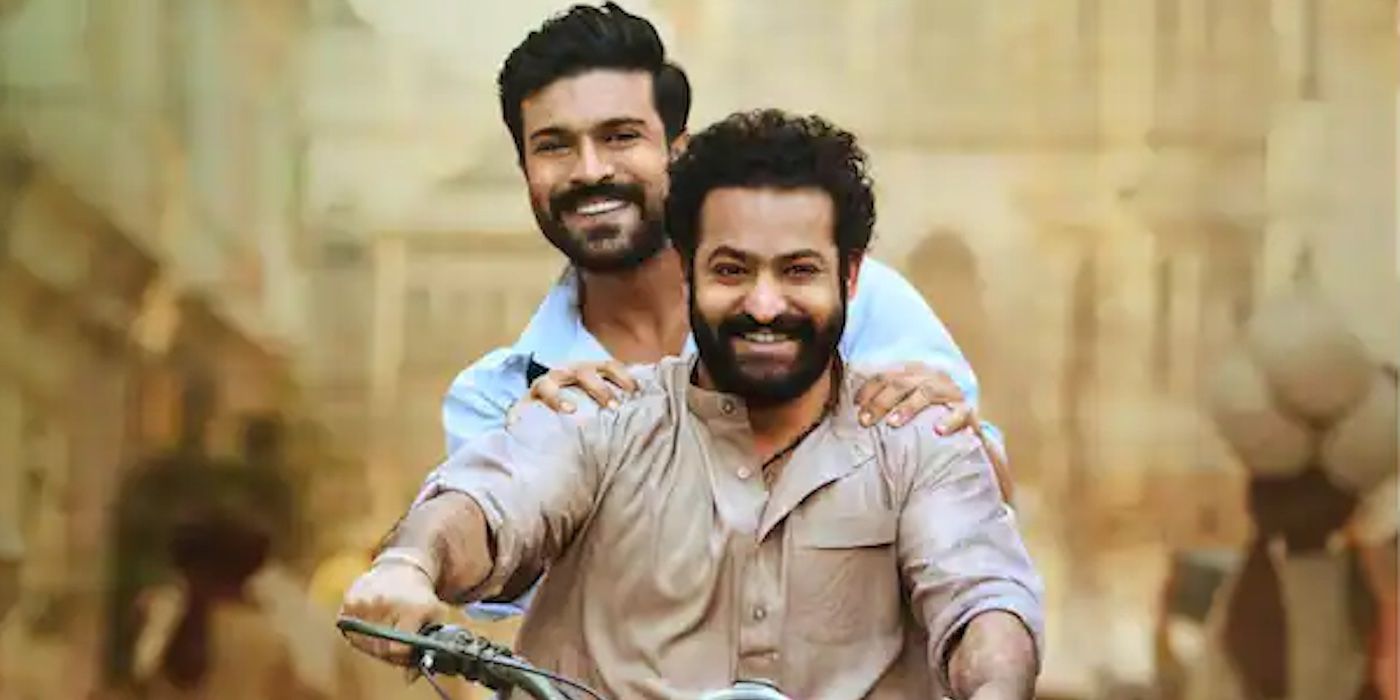 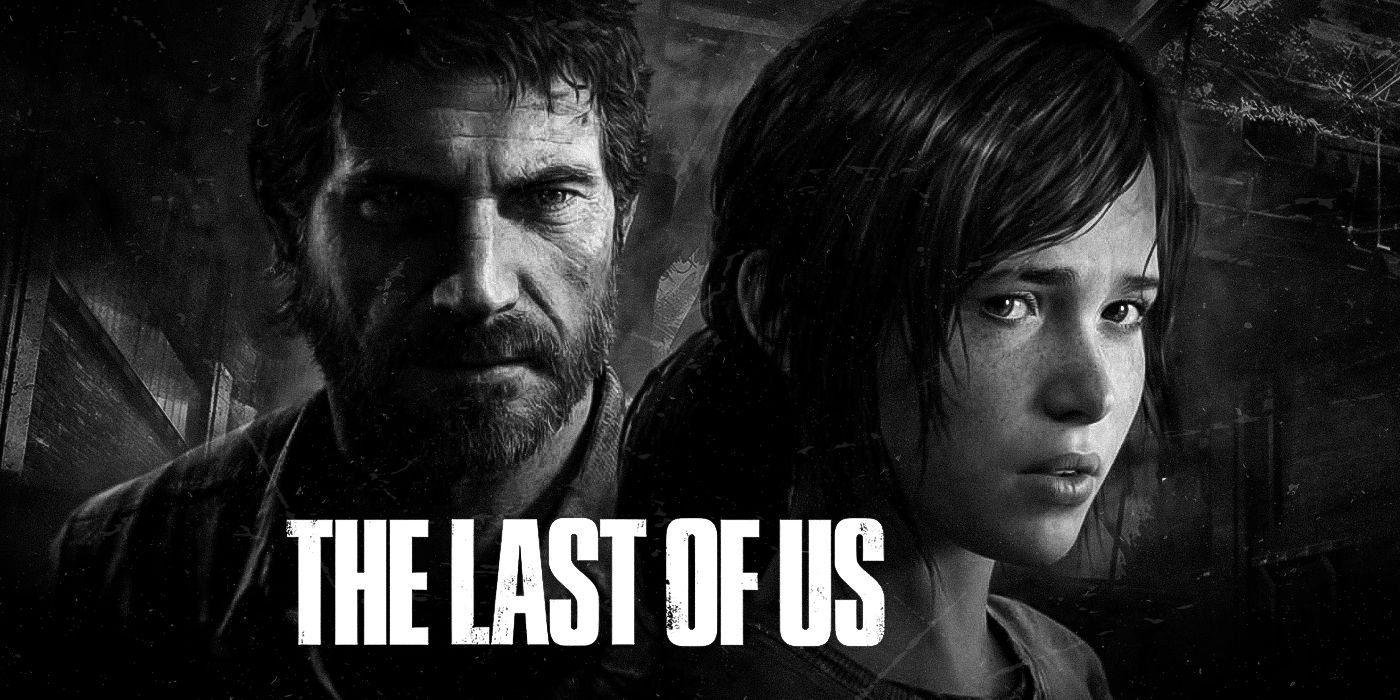 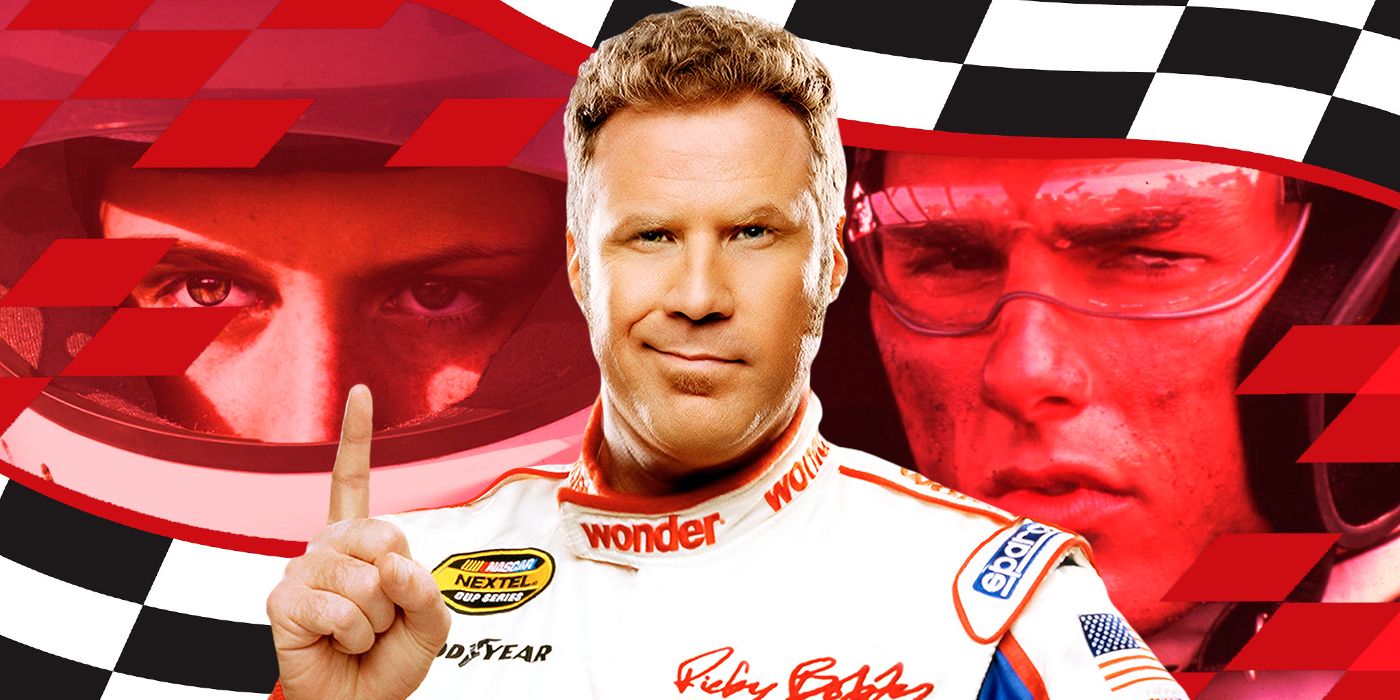 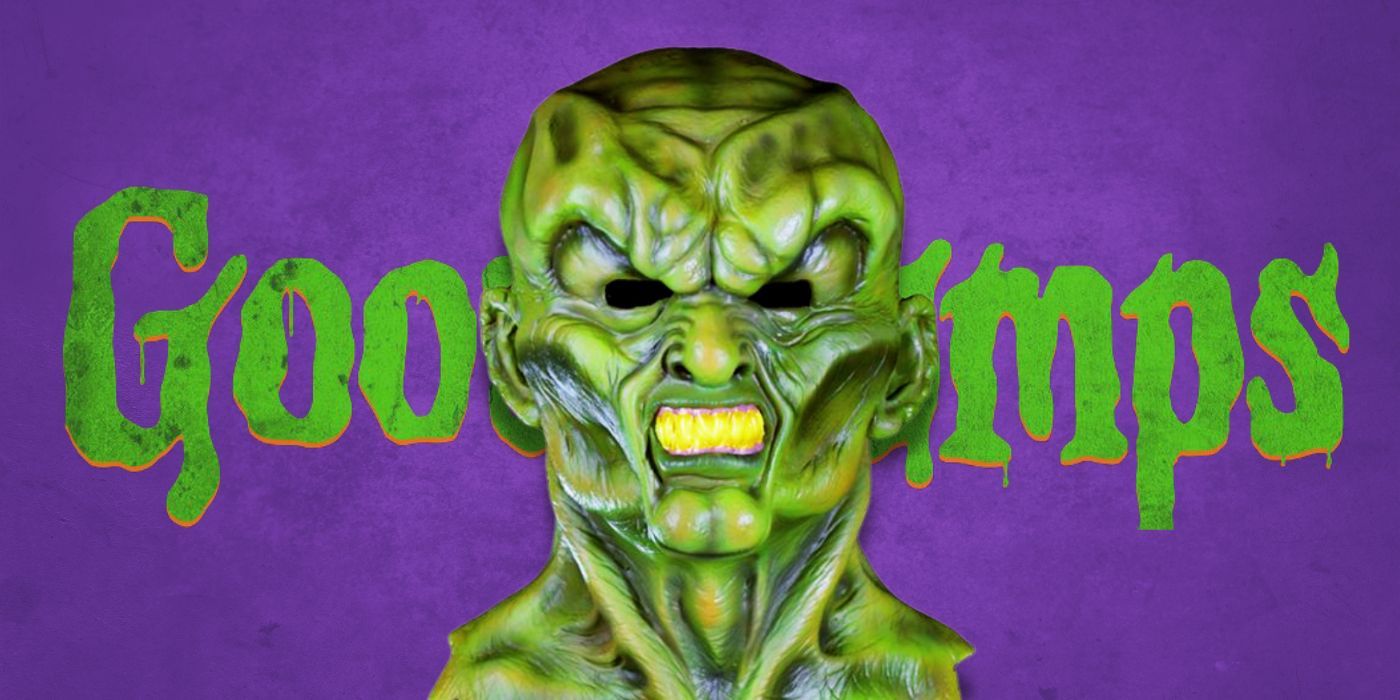 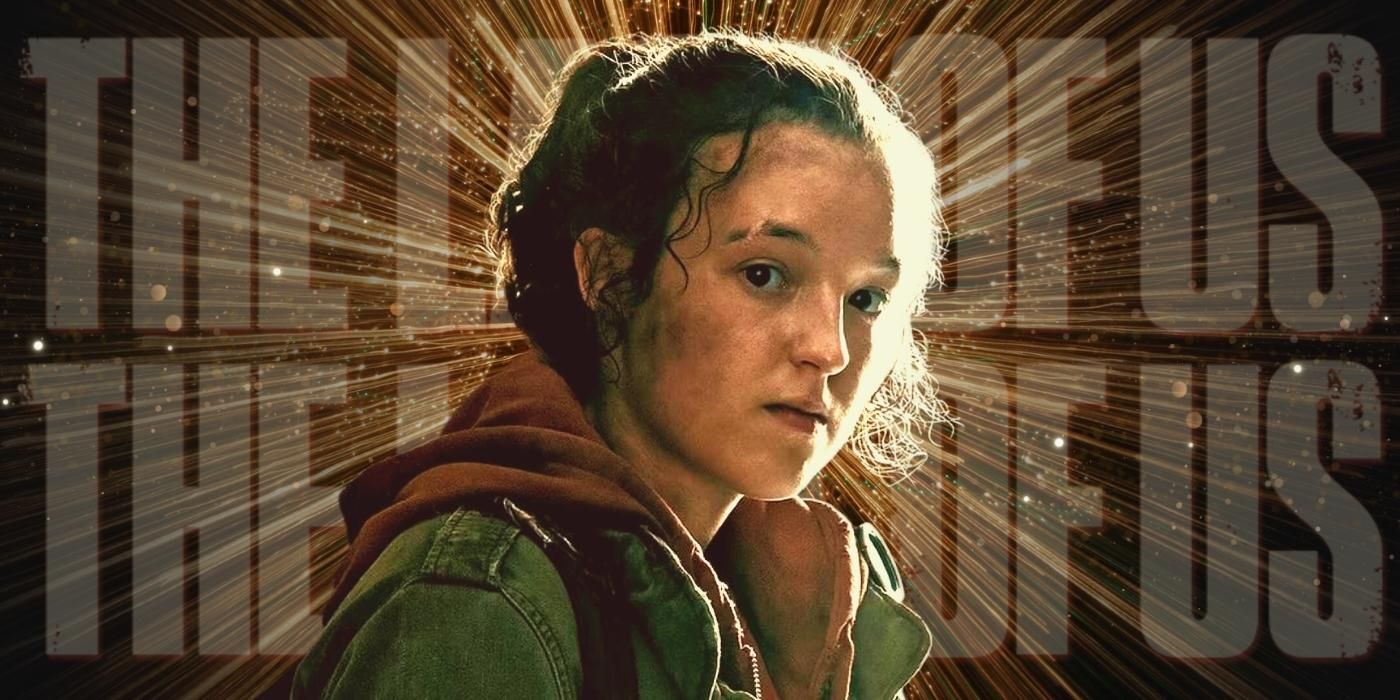 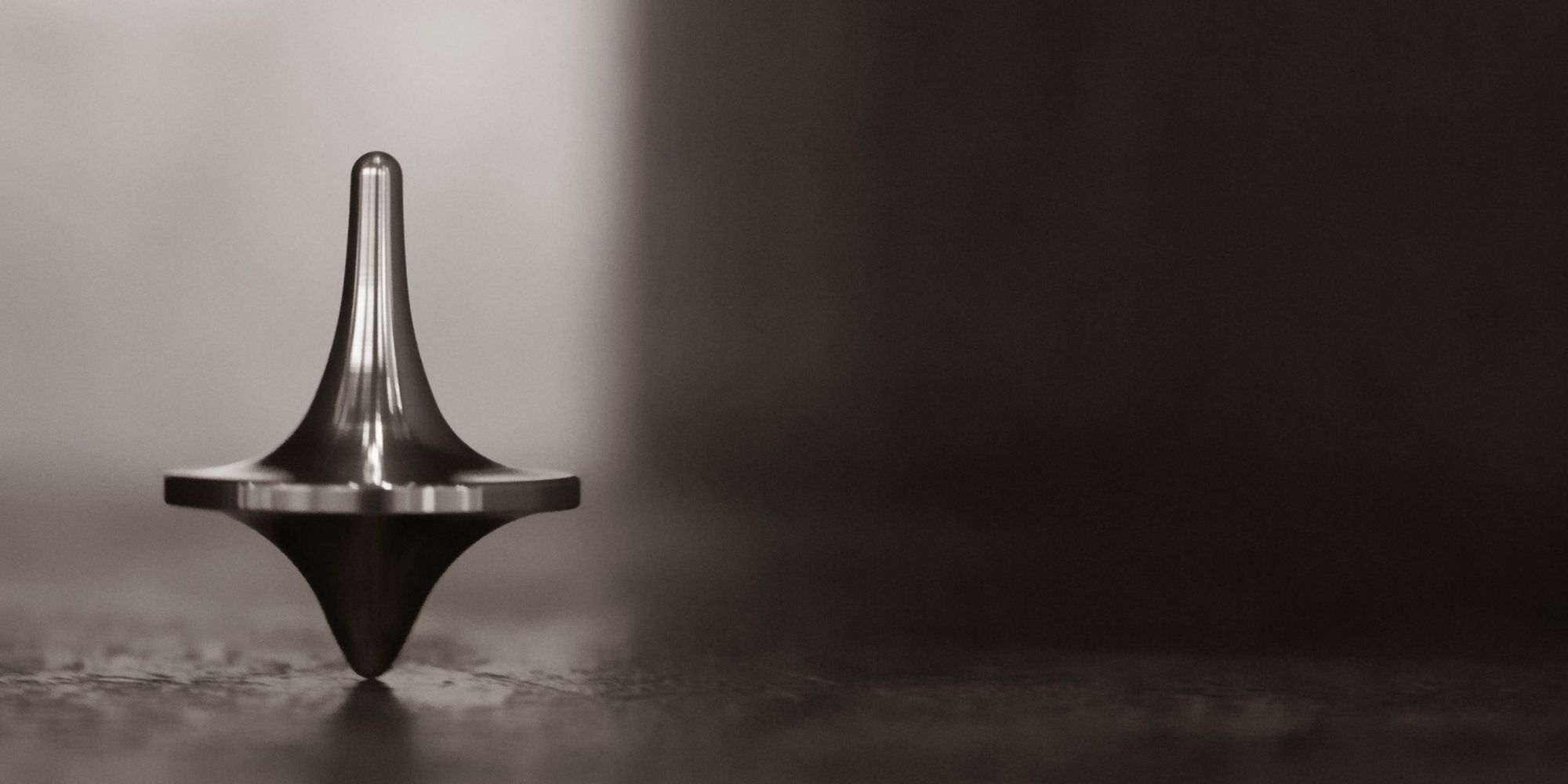