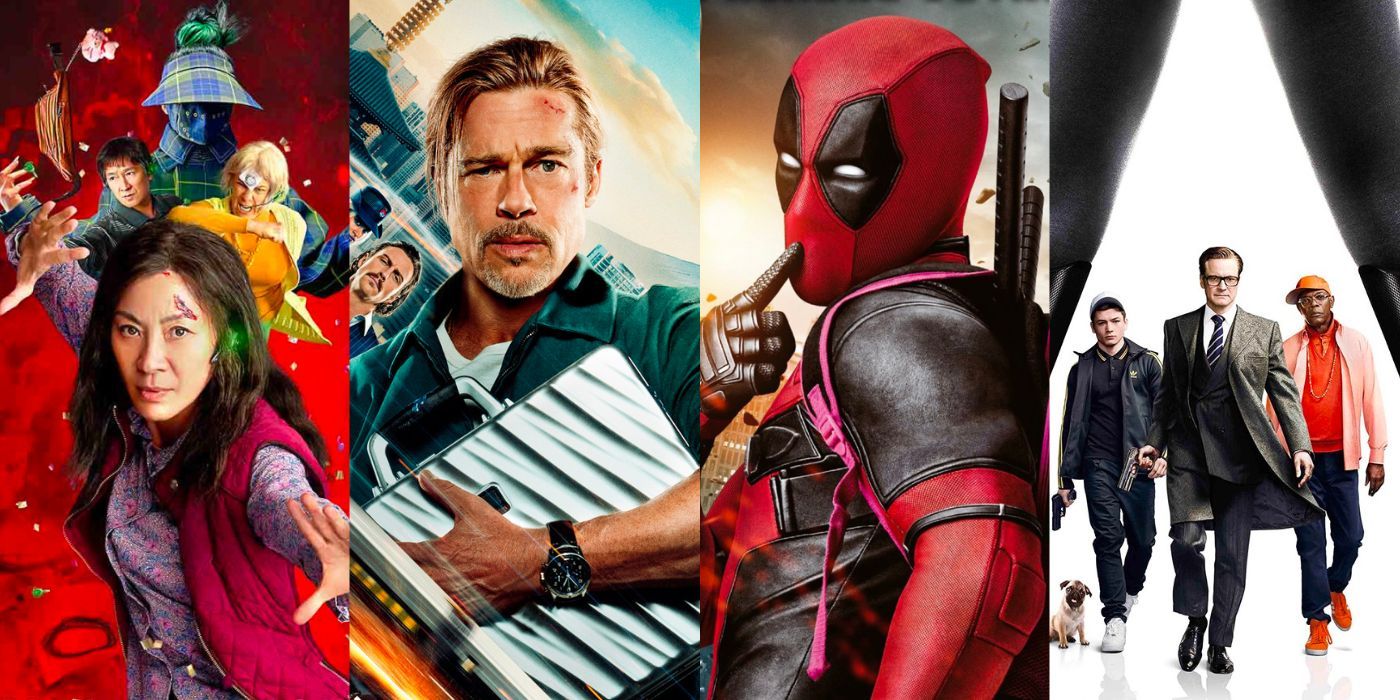 There are thousands of action movies out there. Hollywood really loves pumping out several of them every year, some being better than others. The most difficult part about creating an action film is that there needs to be something that sets it apart from the others, so that it doesn’t get lost in the endless sea of action movies.

One thing that many filmmakers have attempted is to try and make their movies intentionally absurd, silly or unrealistic. Movies like this may not always be technically classified as comedies (although some are outright action-comedies), but there is certainly an air about them that lets viewers know that the creators knew exactly what they were doing with them.

2022’s Bullet Train shows that the trend of embracing hilariously absurd and self-aware action-comedy movies isn’t going anywhere. Hollywood isn’t the only home for these types of action movies, as Asian cinema has been releasing iconic action films that fit this niche since the early 2000s.

Available to stream on Showtime.

Everything Everywhere All At Once is so wild because it seems to just throw everything and the kitchen sink at the viewer. It certainly does live up to its title. Initially starting as a drama following an aging Chinese immigrant (masterfully played by Michelle Yeoh) who just wants to pay off her taxes, the movie unexpectedly launches into the multi-verse, which is when it begins to play out like an acid trip.

It does have its fair share of comedy, but its wackiness is where most of the comedy comes from. There’s also something about seeing a petite middle-aged woman doing kung fu and fighting off interdimensional beings that makes it amazing, and definitely worth a watch.

Playing upon every trope that can be found in the common spy movie, Kingsman: The Secret Service follows the journey of a young delinquent named Eggsy (Taron Egerton) as he steps into his deceased father’s shoes as a member of the secret spec ops force known as the Kingsmen.

With everything from a cowardly villain to physically impossible fights, Kingsman: The Secret Service is a must-see for any spy movie fan. It even spawned two sequels: Kingsman: The Golden Circle (2017) and The King’s Man (2021).

Hardcore Henry is a bit of a gimmicky film, in that it’s the first major feature film to be shot entirely from a first-person perspective. The film follows the journey of Henry (Ilya Naishuller), a cyborg clone as he attempts to save his wife from a warlord hellbent on world domination.

Shot entirely from Henry’s perspective, the action is over-the-top, unrealistic, and downright absurd, but that’s what makes it such an incredible watch. Sharlto Copley provides comic relief as Henry’s friend, Jimmy, in between all the gunfire, explosions, and intentional clichés.

With a name as silly as Sharknado, there was never any room for this Syfy movie to be taken seriously. Playing on the common tropes of disaster action films, Sharknado centers around an abnormal hurricane that lifts sharks out of the ocean and begins swirling them around in tornadoes. Just in case tornadoes weren’t dangerous enough in and of themselves.

With overacting and terrible physics abound, the movie is a remarkably enjoyable watch for a direct-to-television film, so enjoyable in fact, that it spawned not one, not two, but five sequels, each one more absurd than the last.

The film stars Chris Pratt, who is an absolute riot on his own, along with a crew full of aliens, including a talking tree alien and a talking space raccoon. The movie doesn’t want to be taken seriously, and it lets its audience know that right from the get-go. Though it isn’t technically a comedy movie, it’s still completely self-aware of how ridiculous it is.

Jim Carrey is not a very serious actor. Sure, he’s been in a few roles where he isn’t characteristically all over the place, but those are far less common than his zanier, more well-known roles. This is the case with Carrey’s incarnation of The Riddler in Batman Forever.

The sequel to Tim Burton‘s Batman Returns (1992), Batman Forever goes from Burton’s creepiness to full-on craziness. Jim Carrey really hams his role up, and becomes a highlight of the film. Apart from that, the premise, along with the action itself, is absolutely wild. With bright colours and outrageous villains, the movie is a living testament to the Silver Age of comic books.

Kick-Ass was directed by Matthew Vaughn, the same director who oversaw Kingsman: The Secret Service. In much the same spirit as the latter, Kick-Ass preys upon several tropes of superhero movies, and wastes no time playing them up to astronomical levels.

The movie follows a teenage comic book fan who one day decides to become a superhero, despite the fact that he has no professional training, no superpowers, and no real reason to be one. It throws its fair share of dark jokes toward the viewer, but of course, its action is another area where it shines, and even this is hammed up to the max.

Director John Woo is known for making over-the-top action flicks, and Face/Off is no exception. The film stars two of Hollywood’s most outrageous actors, Nicolas Cage and John Travolta. Travolta plays Sean Archer, an FBI Special Agent, who has a vendetta against Cage’s character, Caster Troy, after the latter kills the former’s son. In order to gain access to Troy’s inner circle, Archer receives a face transplant to look like Troy. Troy then wakes up and discovers his face is missing, and in turn, takes on the appearance of Archer.

It’s a silly plot, to be sure, and the movie reciprocates that with its action sequences and dialogue. This was the first major film where Woo was given complete control over, which gave audiences a taste of what they were in for with his films. And boy, did he not disappoint.

Available to stream on Amazon Prime Video and Paramount+.

John Woo strikes again in a highly underrated and unique entry in the Mission: Impossible film franchise. With explosions that seemingly come from nowhere, unnecessary acrobatics and in-your-face dialogue, this movie knows exactly what it is.

Other Mission: Impossible films can be a little more serious or gritty, making this one an oddity, which is likely why it is considered lower quality. Regardless, Tom Cruise, as always, delivers, and though it may be the worst Mission: Impossible movie, it’s definitely the funniest.

Deadpool as a character was written as a satire of other superheroes, and was hardly ever a serious character. He constantly breaks the fourth wall, makes wisecracks, and does things just for the sake of doing them. In the 2016 movie, Deadpool, the titular character is played by the hilarious actor Ryan Reynolds, who was most definitely born for the role.

Aside from Deadpool’s self-awareness that he is a fictional character, the movie is also, in turn, self-aware that it is ridiculous. But it simply wouldn’t work any other way.

Available to stream on The Criterion Channel and Paramount+ Showtime.

Shaolin Soccer is a 2001 Hong Kong sports comedy film directed, written, produced and starring Stephen Chow. The film is a satire of the soccer genre and follows a team of Shaolin monks who use their abilities to win soccer games. The film was a commercial triumph, becoming one of Hong Kong’s and Asia’s highest-grossing films and lauded for its unique combination of comedy, action and special effects.

It’s a legendary film from the early 2000s that has only continued to gain popularity over the years, and is endlessly referenced in memes and discussions online. The way it mocked sports film tropes back then is just as relevant and hilarious as ever, but also strangely moving (thanks to its surprisingly deep message about friendship and perseverance).

Available to stream on Netflix and Starz.

Directed by Edgar Wright, Scott Pilgrim vs. the World is a 2010 action-comedy film based on Bryan Lee O’Malley‘s eponymous graphic novel series. In the film, Scott Pilgrim (Michael Cera) must battle and beat Ramona Flowers’ (Mary Elizabeth Winstead) seven evil exes in order to win her heart. Along the way, he is supported by his bandmates and friends, as well as his own developing battle skills.

The film is famous for its distinctive visual style, which blends aspects of video games and comic books, as well as its fast-paced action and humor. It may have been a box office flop when it first premiered, but the movie soon became a cult classic thanks to its ridiculous self-awareness and wholly unique premise.

Team America: World Police is a 2004 action comedy film directed by South Park co-creator Trey Parker that features a marionette puppet cast. It’s notorious for being a parody of the action genre and American foreign policy. In the film, “Team America,” a worldwide police agency, sets out to defend the globe from a terrorist threat. In the process, they must contend with worldwide political issues as well as the egos of Hollywood celebrities.

The film is well-known for its irreverent humor, sarcastic perspective on politics and pop culture, and outrageous action sequences. It’s painfully aware of every action trope fans have grown tired of over the years, and doesn’t shy away from taking its biting satire to unprecedented heights for that time.

Available to stream on aha.

Stephen Chow, who also stars in the film, wrote and directed the 2004 action-comedy film, Kung Fu Hustle. The movie is a parody of the martial arts genre and also references kung fu movie traditions. In the film, Sing, an aspiring gangster, seeks to join the legendary Axe Gang, a clan of vicious outlaws that govern the city. When Sing and his associates try to extort money from a group of innocent people living in a poor area, they are met by a gang of kung fu masters who reside there in disguise.

The rest of the movie depicts the way Sing leverages his limited combat abilities and wit to beat the masters and gain the Axe Gang’s respect. His journey is full of countless homages to action and kung fu movies, which are still enjoyable for viewers who have no clue what exactly is being referenced. Those who are familiar with Hong Kong cinema, however, will be able to better appreciate the deep-cut and obscure Easter eggs that highlight how self-aware the beloved film is.

Director David Leitch‘s Bullet Train is a Brad Pitt-led action-comedy movie that follows the journey of a former hitman who’s forced to use his past abilities when he boards the titular vehicle. A simple delivery job turns into a deadly bloodbath as the protagonist (code name Ladybug) finds himself embroiled in a massive conspiracy that goes much deeper than anyone expects.

Ladybug’s refusal to participate in the violence that ensues, only to have the carnage happen anyway, is a recurring theme and clear reference to the film’s hyper-awareness of action movie tropes. Its revenge plot is typically seen in the best action movies ever made, but it’s the witty humor that throws unapologetic jabs at the genre that truly make it worth watching.

NEXT: The Best Action Movies Of All Time, According To IMDb 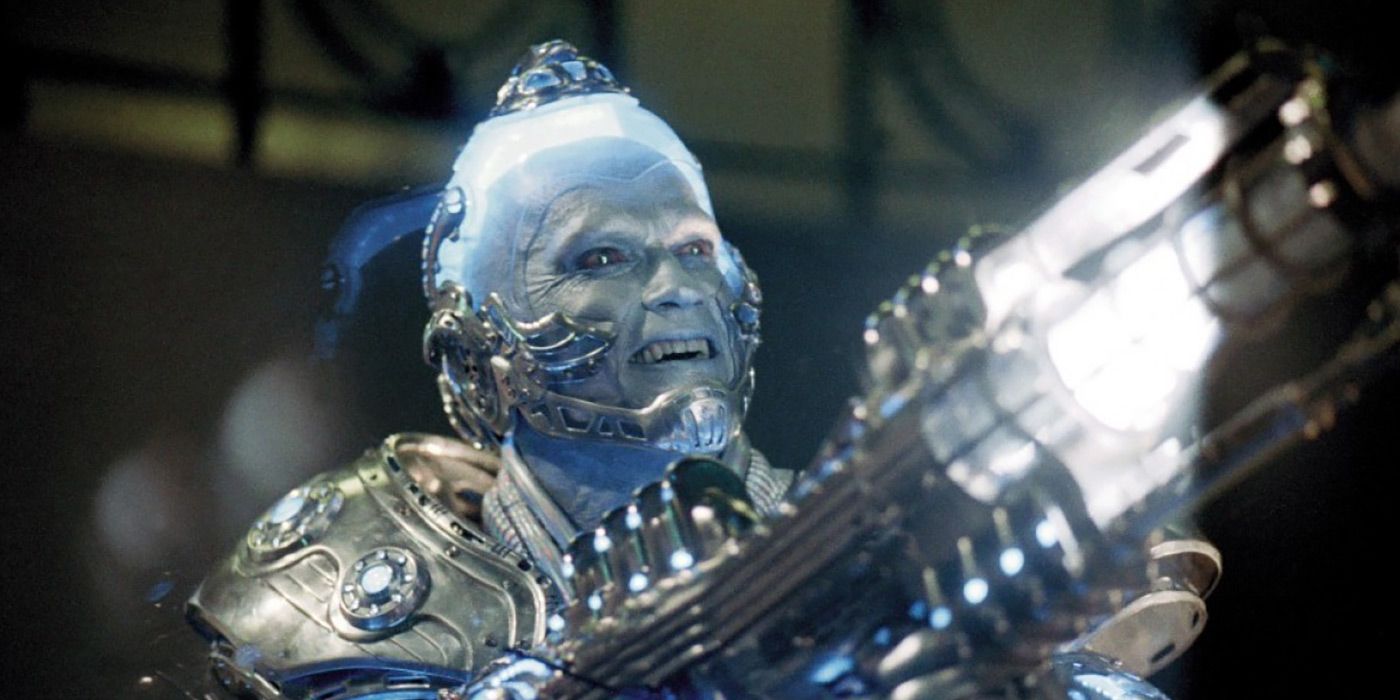 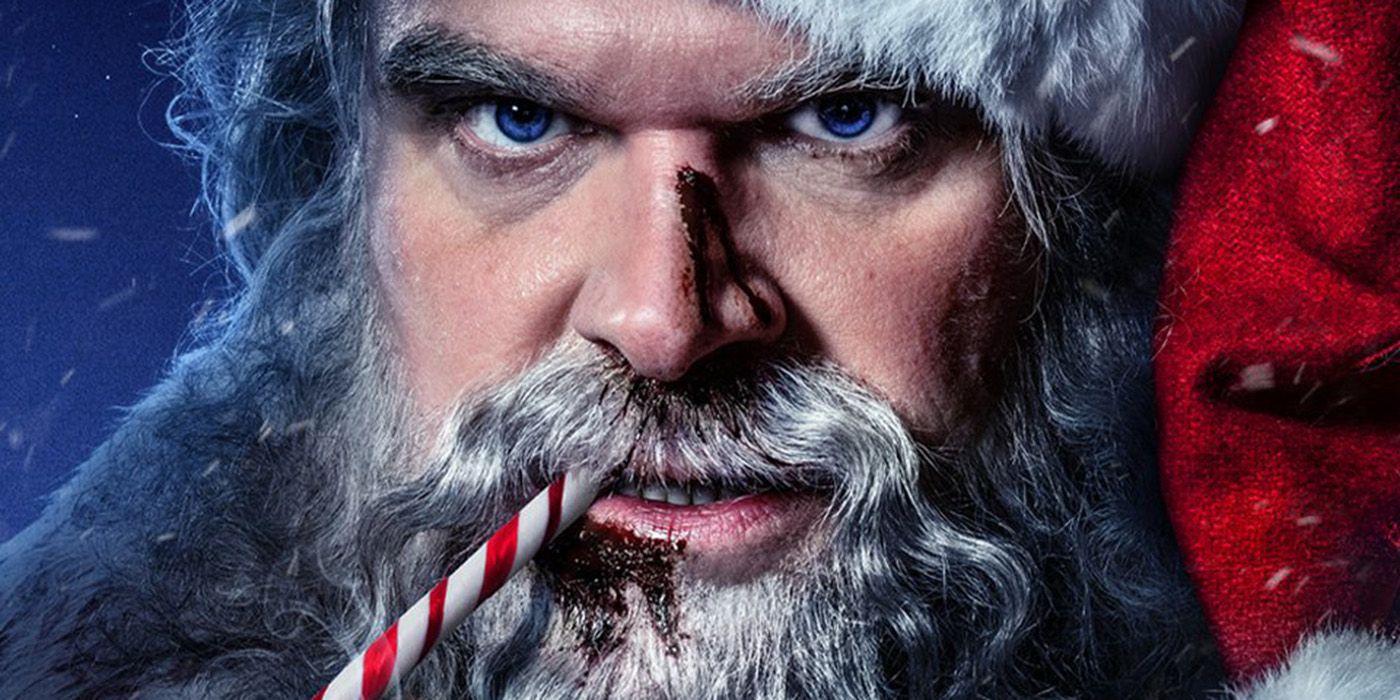 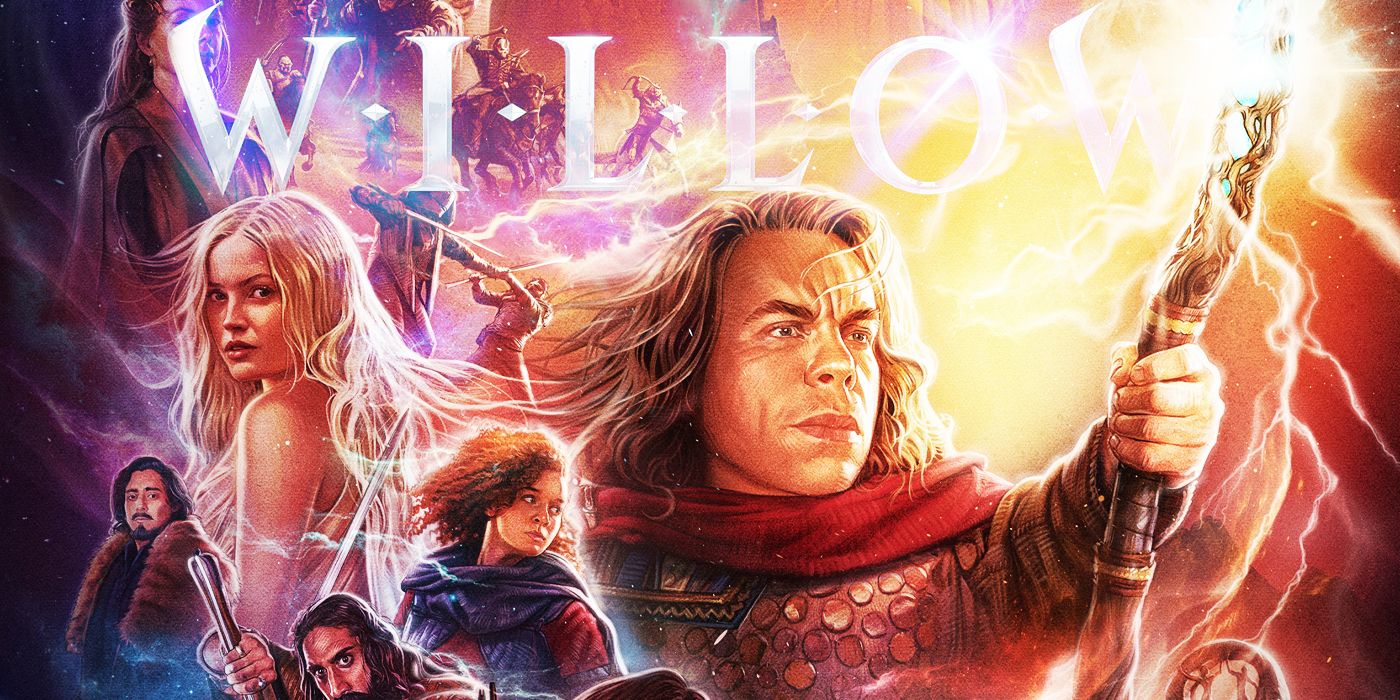 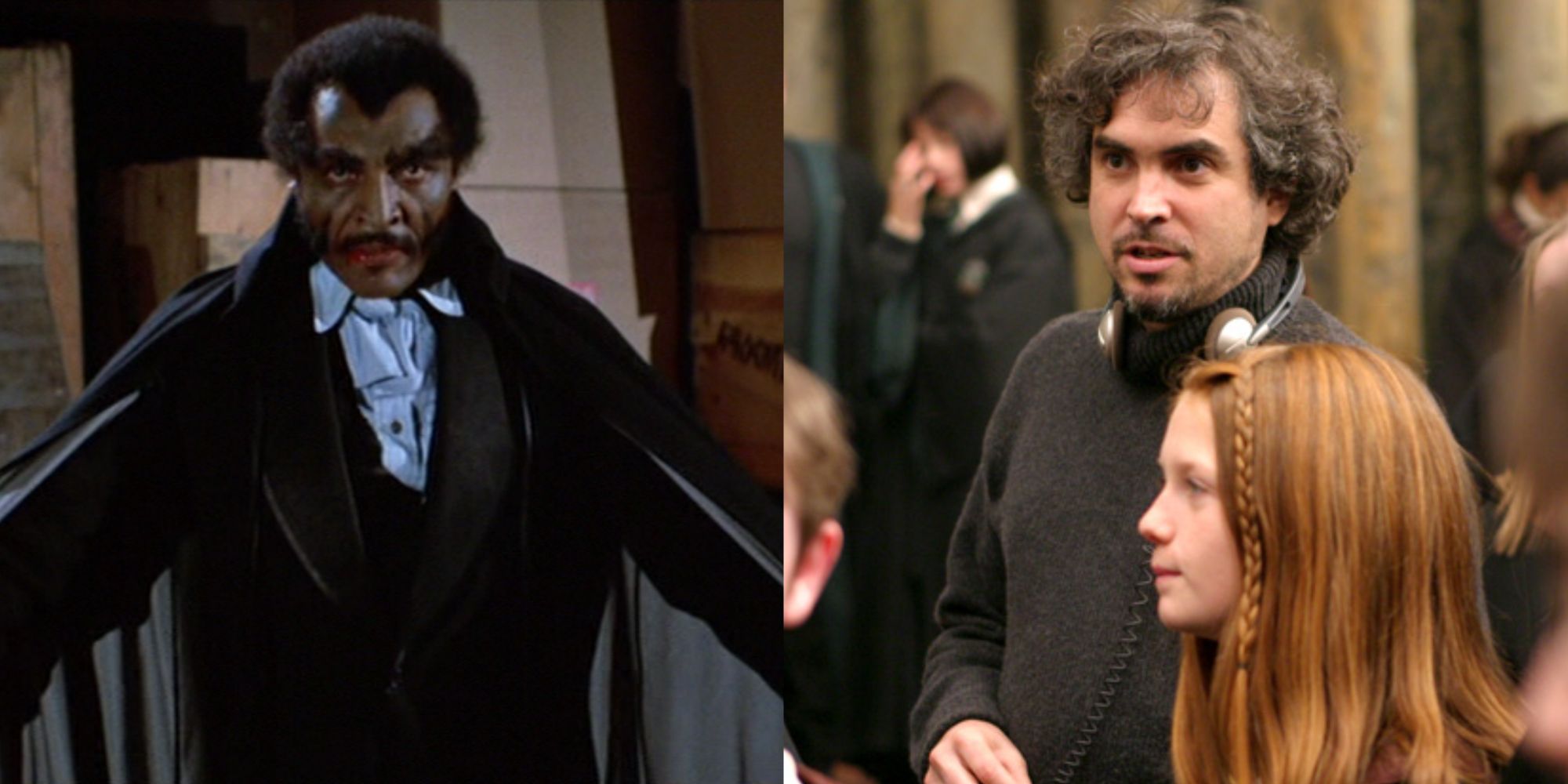 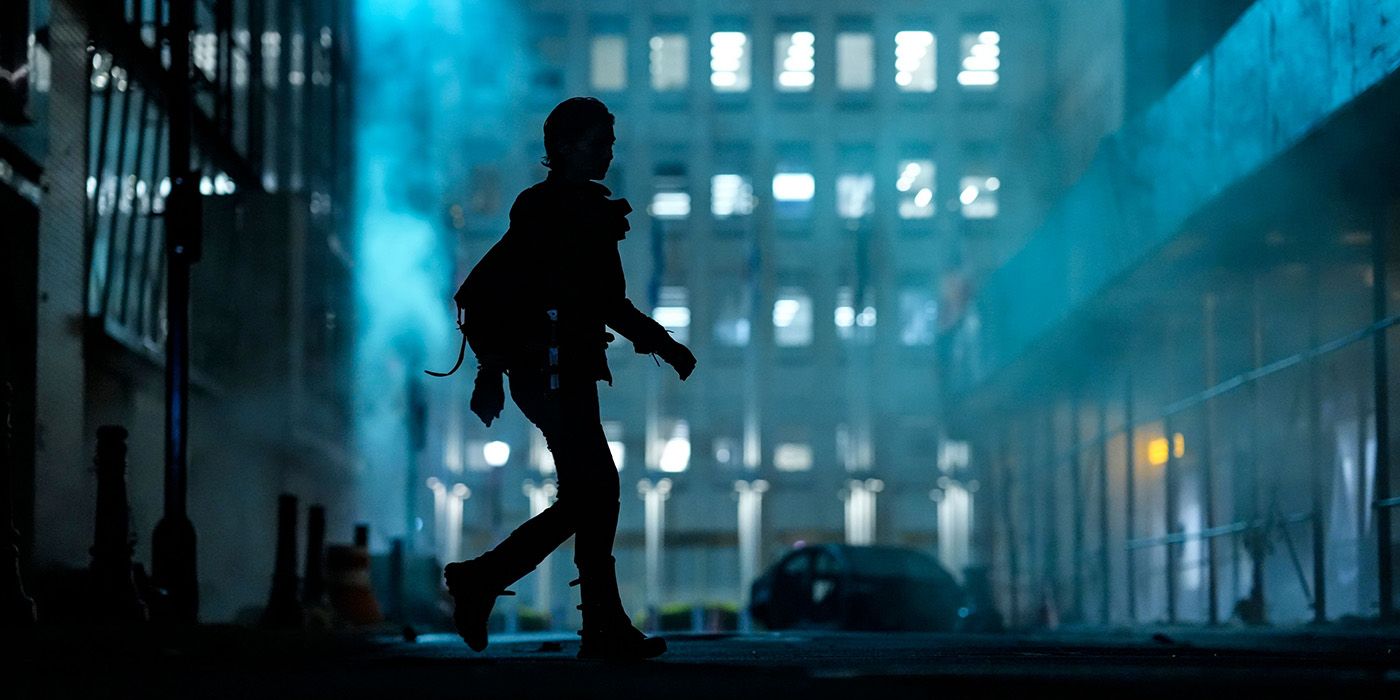 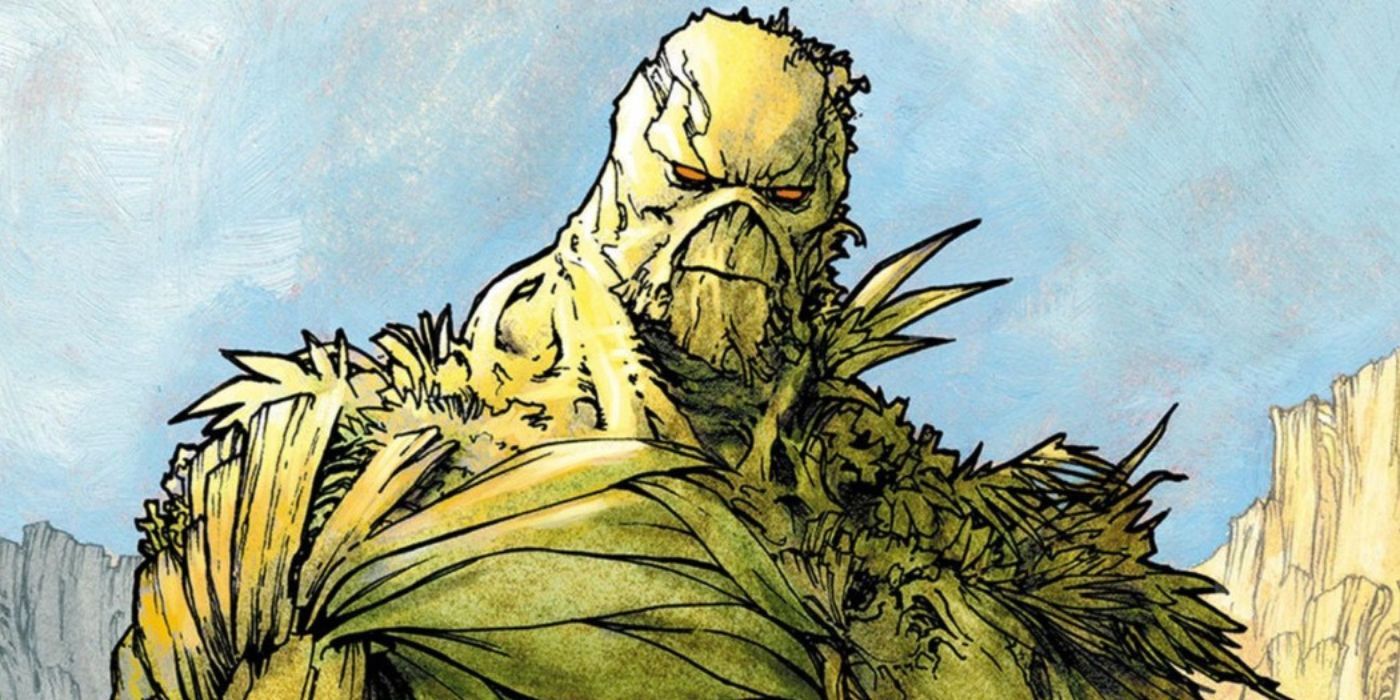