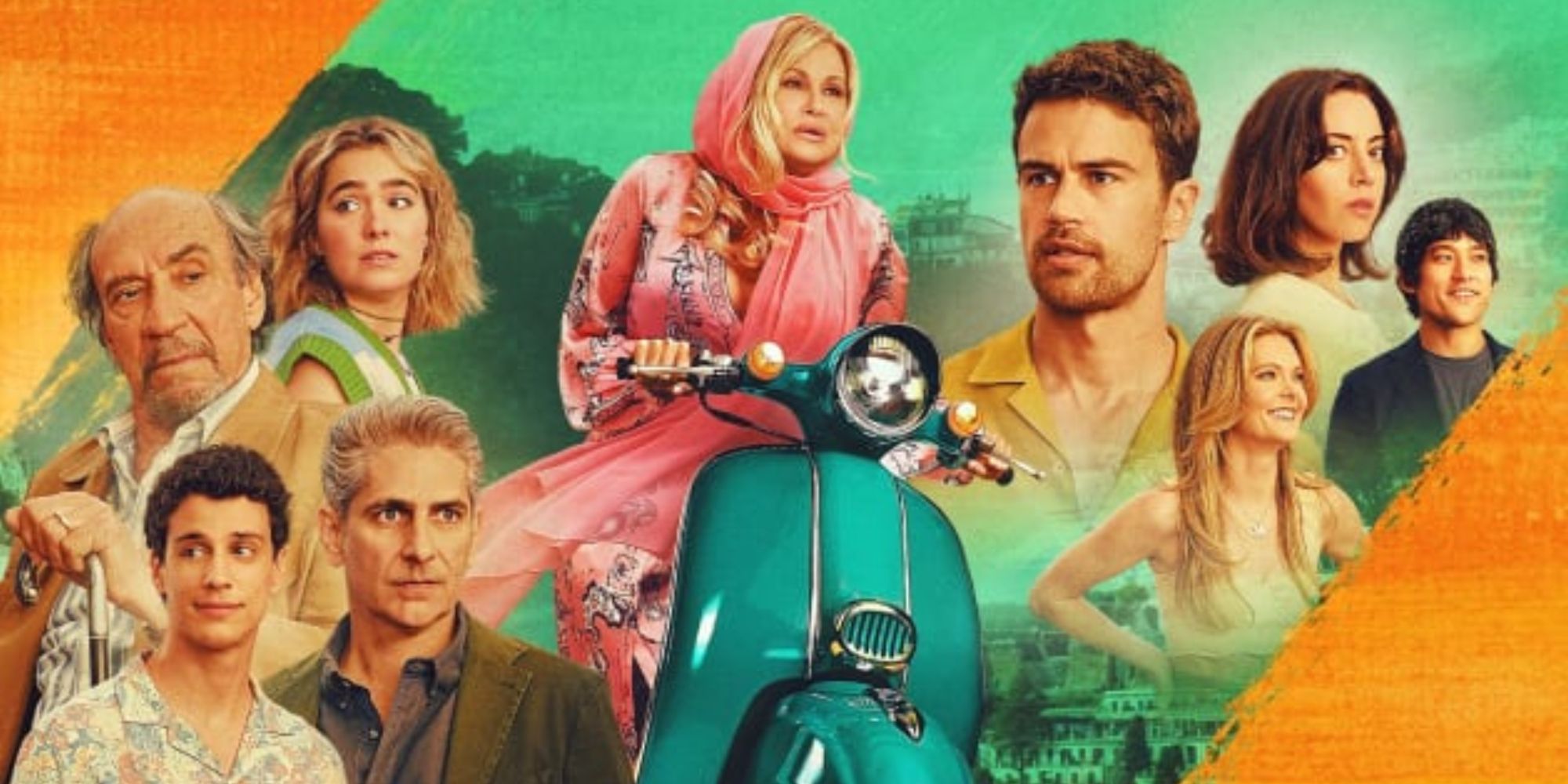 The White Lotus Season 2 is the latest example of when a talented and varied cast of actors come together and make a show really special. Sure, the writing, production, and direction all come into play, but the cast makes the show feel real: they’re the ones that rope in the audience and have them stick around.

The television landscape has been generously seasoned over the decades with some truly fantastic casts on some of the most endearing TV shows ever filmed. Spawning adoring fans worldwide, ensemble shows are a true testament to the cultural magic that can occur when everything falls into place at just the right time.

A lavish and darkly comic anthology series from HBO, The White Lotus focuses on a week in the life of a group of random strangers as they work and vacation in paradise. With every day that passes, the audiences are treated to a complex mystery that reveals itself against a beautifully shot backdrop as the lives of these characters begin to intertwine. Taking place in Hawaii for Season 1 and Sicily for Season 2, a third season has been confirmed, but with no new details available yet.

Often mentioned in conversations about the best TV series of all time, The Wire is quite an urban saga of epic proportion. It features a thoroughly rich tapestry of characters and story that spans every nook and cranny of Baltimore and the industries that make it hum. Series creator David Simon, a journalist turned TV writer who wasn’t interested in just making another cop show. He was more interested in exposing the problems and corruption that plagued the city of Baltimore by focusing on it and showing audiences all the cracks.

The show didn’t get the praise it deserved during its five-season run on HBO, but in the decades since, it has become one of the most entertaining and thought-provoking TV shows ever filmed. There are way too many actors that make up the world of The Wire, but the essential mentions have to include Dominic West, Idris Elba, Lance Reddick, Wendell Pierce, Sonja Sohn, Wood Harris, Michael K. Williams, Andre Royo, Seth Gilliam, Domenick Lombardozzi, Jamie Hector, John Doman, Aidan Gillen and the introduction to future superstar Michael B. Jordan.

Playwright Aaron Sorkin, hot off his feature screenwriting debut with A Few Good Men and the box office success of The American President, found himself sitting in a meeting one day with TV super producer John Wells, who was responsible for such TV classics as ER and China Beach. At the time, Sorkin didn’t see himself getting involved in TV, but when Wells asked him what he wanted to do next, off the top of his head, he went into a spiel about a show that takes a behind-the-scenes look at the White House, since it was fresh on his mind after completing research for his last movie. That idea went on to become The West Wing.

In the late ’90s, it was pretty risky to put a dialogue dialogue-heavy hour drama about the inner workings of the White House on network TV. Still; the show scored absolute gold with the cast securing Martin Sheen, Rob Lowe, Allison Janney, John Spencer, Bradley Whitford, Richard Schiff, Dulé Hill, Janel Moloney and Stockard Channing for their 1st season, which won nine Emmy’s and 26 over its seven-season run. The cast expanded over time, adding Joshua Malina, Mary McCormack, Gary Cole, Jimmy Smits, and Alan Alda, with a number of recurring and guest characters throughout the show.

The very definition of “Prestige TV” Mad Men is a meticulously made drama about the world of advertising in the late 1960s, centered around a Madison Avenue ad agency in New York City and widely considered one of the best TV shows ever made, with its commitment to writing, direction, production value, cultural relevance and of course, performance. A virtual unknown at the time, Jon Hamm mesmerized as the charismatic and cunning Don Draper, with the rest of the cast made up of other attention-grabbing performers like Elisabeth Moss, Christina Hendricks, January Jones, Vincent Kartheiser, Aaron Staton, Jared Hass and the scene-stealing John Slattery as agency partner Roger Sterling.

Over 92 episodes, the series painted a portrait of a man trying to make sense of his existence. Managing his work with his family portrays a time when life seemed idealistic on the surface but was plagued with the issues we are more aware of now, like depression, infidelity, anxiety, alcoholism, sexism, and an overall malaise of life we’re all trying to combat.

Another absolute classic of the comedy TV genre that was criminally underappreciated upon release, Arrested Development centers around the Bluth family and the array of hilarious nonsense they have to navigate daily. Initially airing on Fox from 2003 to 2006 before being unceremoniously canceled, its cult following later rejuvenated a comeback on Netflix from 2013 to 2019. Created by Mitchell Hurwitz, the show is a non-stop laugh riot worthy of multiple viewings as the storylines are complex and multilayered, with endearing performances from all involved.

While many may think that Julia Louis-Dreyfus’s best role was as Elaine Benes on the iconic series Seinfeld, her actual seminal performance is as Vice President Selina Myer in the outstanding HBO comedy series Veep. A scathing political satire from the creative mind behind The Thick of It, In The Loop, and The Death of Stalin, Armando Iannucci. Louis-Dreyfus portrays a former senator who becomes the Vice President of the United States and then the President. Meyer and her staff’s exploits in the cutthroat world of politics deal with issues ranging from international relations to personal scandals.

If Game of Thrones took place in modern-day New York, it would come pretty close to Succession, without all the dragons and magic, of course. A wickedly written and performed drama on HBO that premiered in 2018, the show was created by Jesse Armstrong, who comes from a fantastic pedigree, having worked alongside Armando Iannucci, Simon Blackwell, and Tony Roche on projects like Veep and The Thick of It. Succession follows the lives of the disgustingly wealthy and powerful Roy family, who control a global media and entertainment conglomerate.

The show centers around the eccentric family’s internal power struggles and characteristic flaws as they maintain efforts to control a company in the face of numerous challenges and threats. While the writing and direction are the true stars of the show, it simply doesn’t come alive without its amazing ensemble cast, which is peppered with talent like; Brian Cox, Jeremy Strong, Sarah Snook, Kieran Culkin, Matthew Macfadyen Alan Ruck, and Nicholas Braun. Across three seasons and 29 episodes, the series has garnered 43 Emmy nominations with 13 wins, including Best Drama twice. Season 4 is in production with an expected release date of 2023.

Before Dan Harmon teamed up with Justin Roiland and created Rick & Morty, he was busy being the creative force for one of the most imaginatively entertaining series ever produced. Community is an absurdist, live-action sitcom about a group of people trying to find their way at Greendale, a fictional community college in Colorado that operates on its own terms. The show aired on NBC from 2009 to 2014 and later on Yahoo! Screen from 2014 to 2015.

While Harmon was the creative force behind the show, it all comes down to the wonderful cast, whose chemistry was undeniable for anyone that’s seen the show. Joel McHale, Gillian Jacobs, Danny Pudi, Yvette Nicole Brown, Alison Brie, Donald Glover, Ken Jeong, Jim Rash, and John Oliver all deliver inspired performances and will return for a long-promised film that was finally confirmed by Peacock. The show was praised for its clever writing, strong performances, and creative use of genre conventions and pop culture references. It won numerous awards during its run, including a Critics’ Choice Television Award for Best Comedy Series.

Centering around an unconventional but loving family dynamic, Modern Family was an instant hit and is considered one of the most successful TV comedies of all time, winning multiple awards, including Outstanding Comedy Series at Emmy five years in a row from 2010-2014. At its core, it’s about a family’s daily struggles and triumphs as they navigate life and relationships in a constantly changing world.

Each episode usually focuses on a different character or group of characters. Its clever writing, coupled with its heartwarming portrayal of family life, endeared it to fans the world over and provided a stage for some amazing talent like Ed O’Neill, Sofia Vergara, Julie Bowen, Ty Burrell, Jesse Tyler Ferguson, Eric Stonestreet, Sarah Hyland, Ariel Winter, Nolan Gould, Rico Rodriguez, and Aubrey Anderson-Emmons.

Premiering in 2002 on FX, The Shield doesn’t get enough praise and is criminally underrated for the best TV shows of the 2000s. Set on the always dangerous streets of East Los Angeles, the show tells the story of an obscenely corrupt police strike force unit led by Vic Mackey, who are just as bad, if not worse, than the criminals they “police.” While there are elements of a standard police procedural, the show broke the mold of the police drama by making its main protagonist a cop who’s a terrible guy, something that wasn’t seen at the time and was considered groundbreaking.

Michael Chiklis’ portrayal of Mackey was a true surprise for fans who had only seen him in shows like The Commish. Never would they have imagined he could be such a ferocious character. Future Quentin Tarantino collaborator Walton Goggins alongside CCH Pounder, Catherine Dent, Jay Karnes, Michael Jace, and Benito Martinez, make the main cast. The show is also known for some great guest starring roles for Anthony Anderson, the amazing Glenn Close, and Oscar winner Forrest Whitaker. Over seven seasons, audiences were treated to a truly entertaining police drama with a devastating final season narrative run worthy of mention with some of the best TV series conclusions of all time. 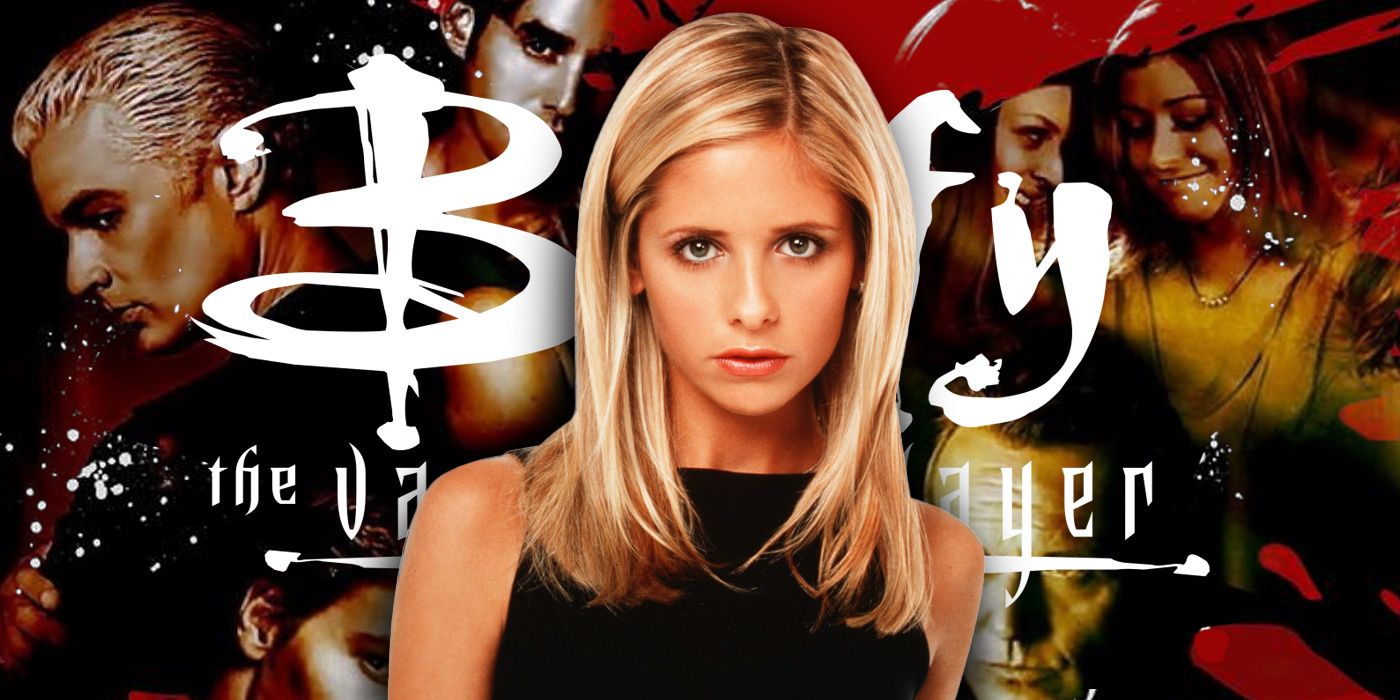 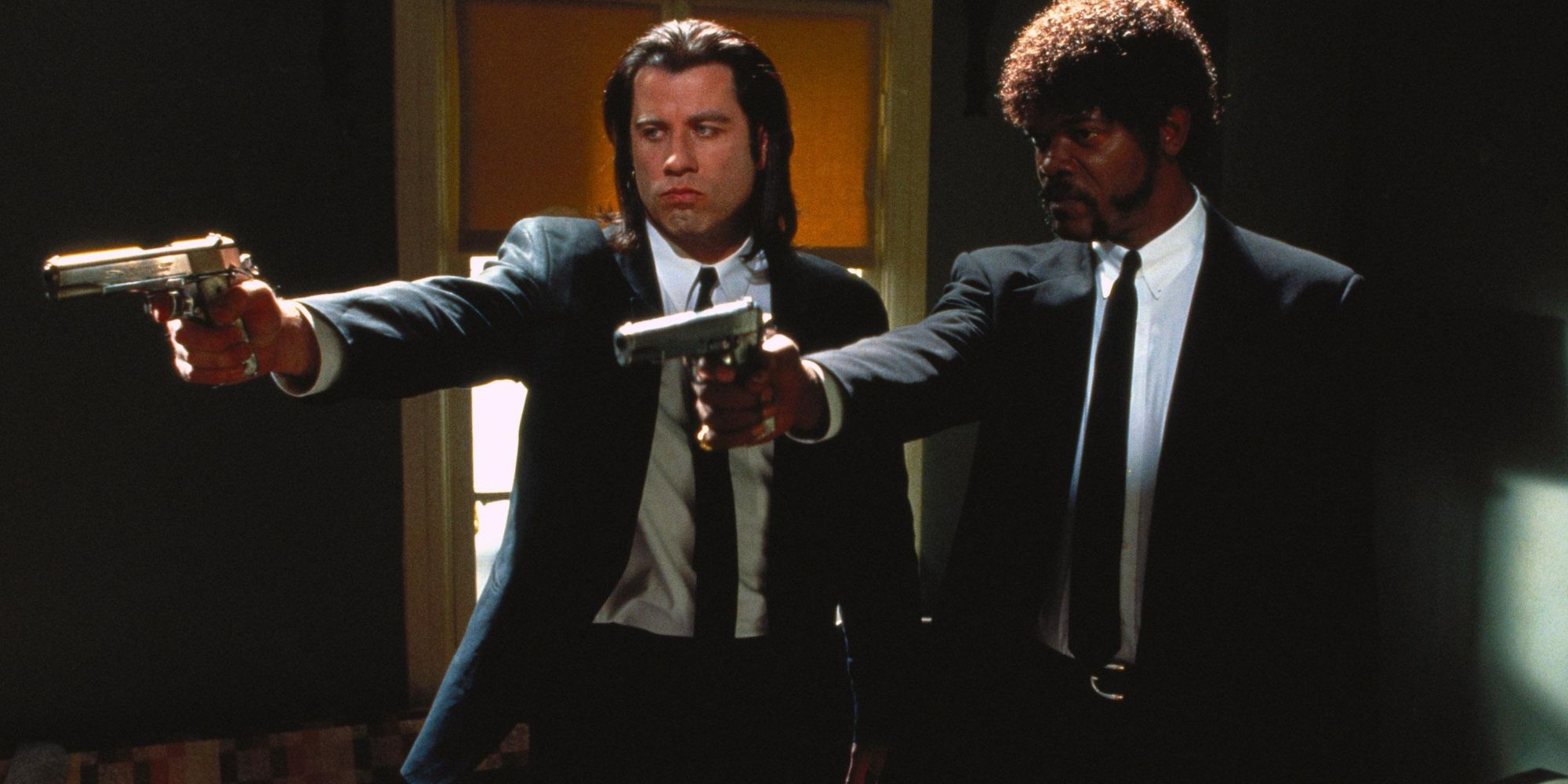 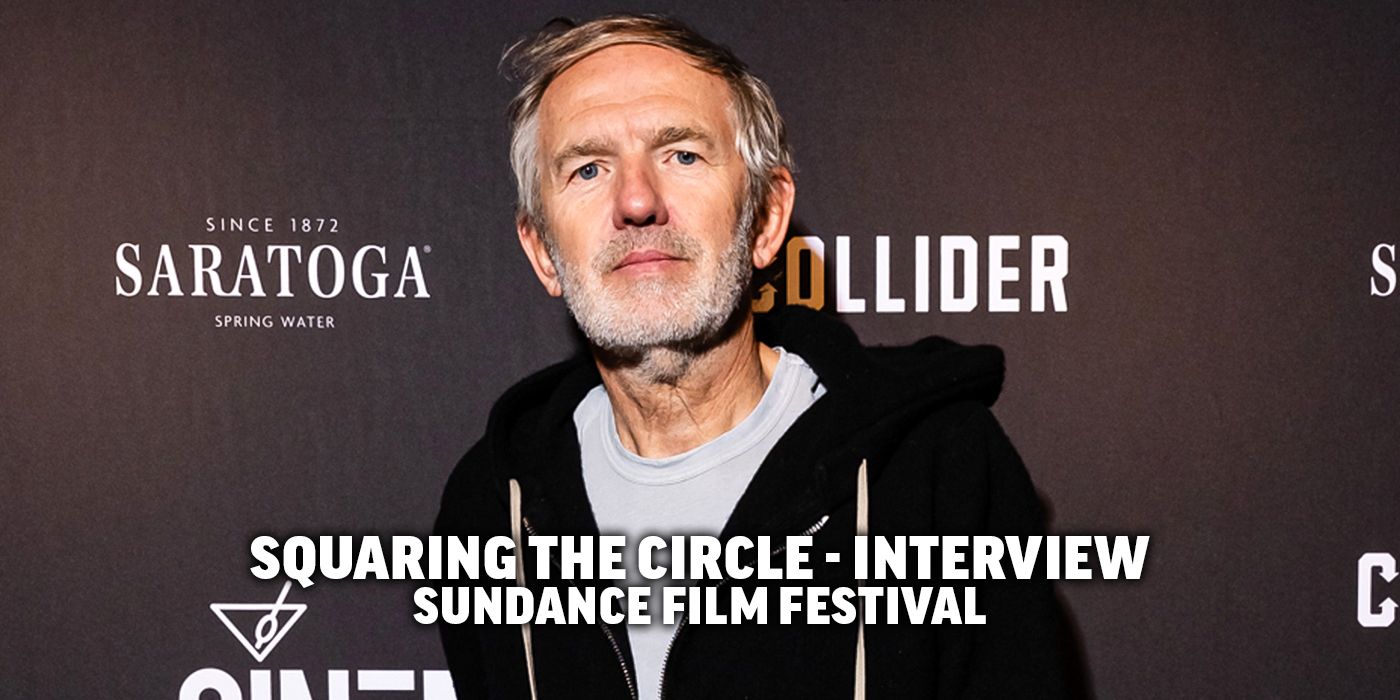 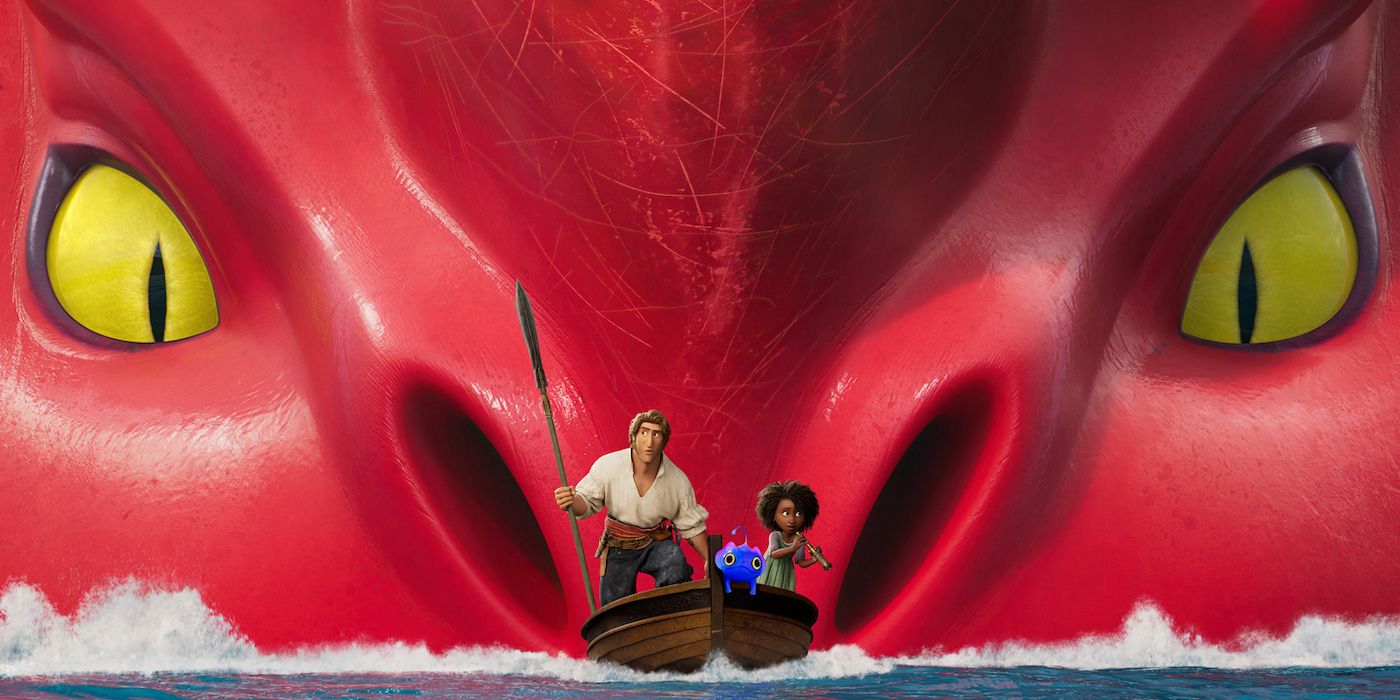 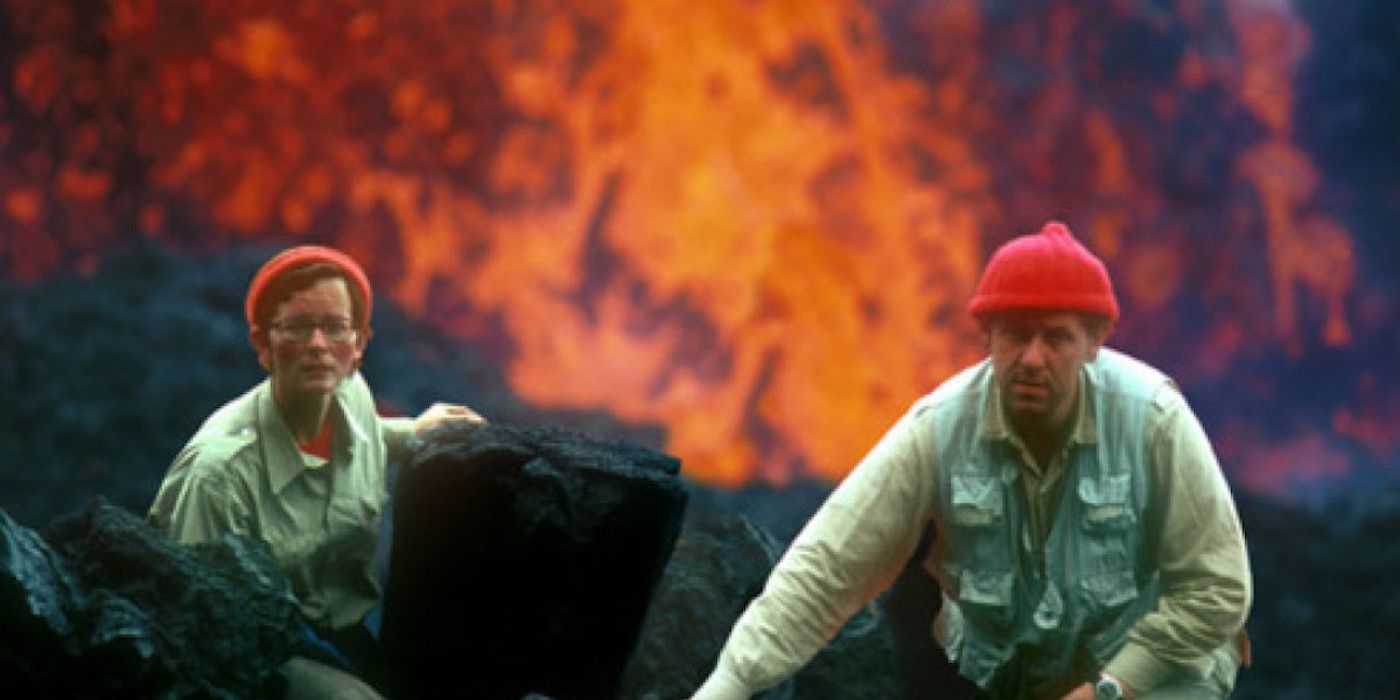 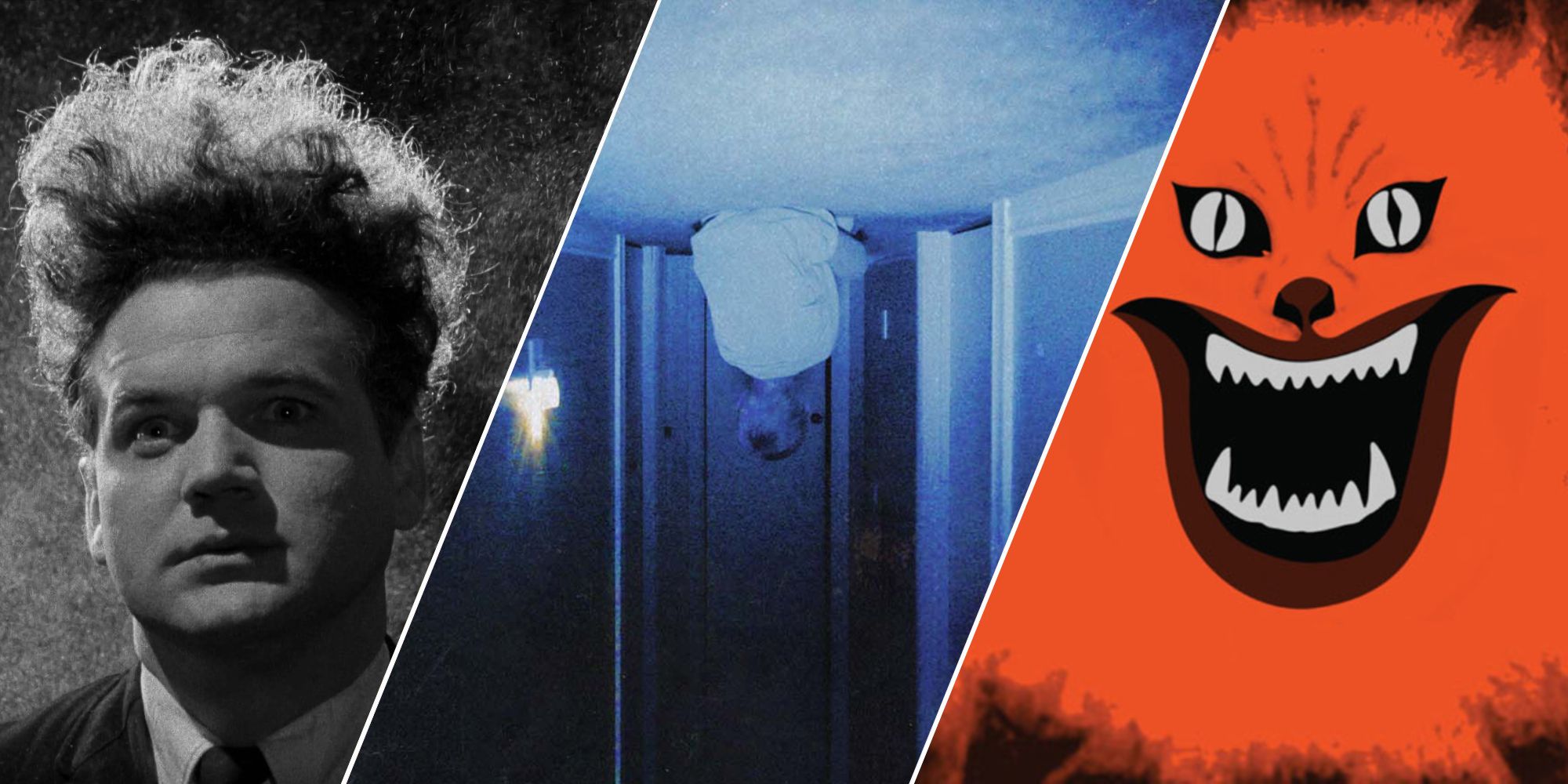